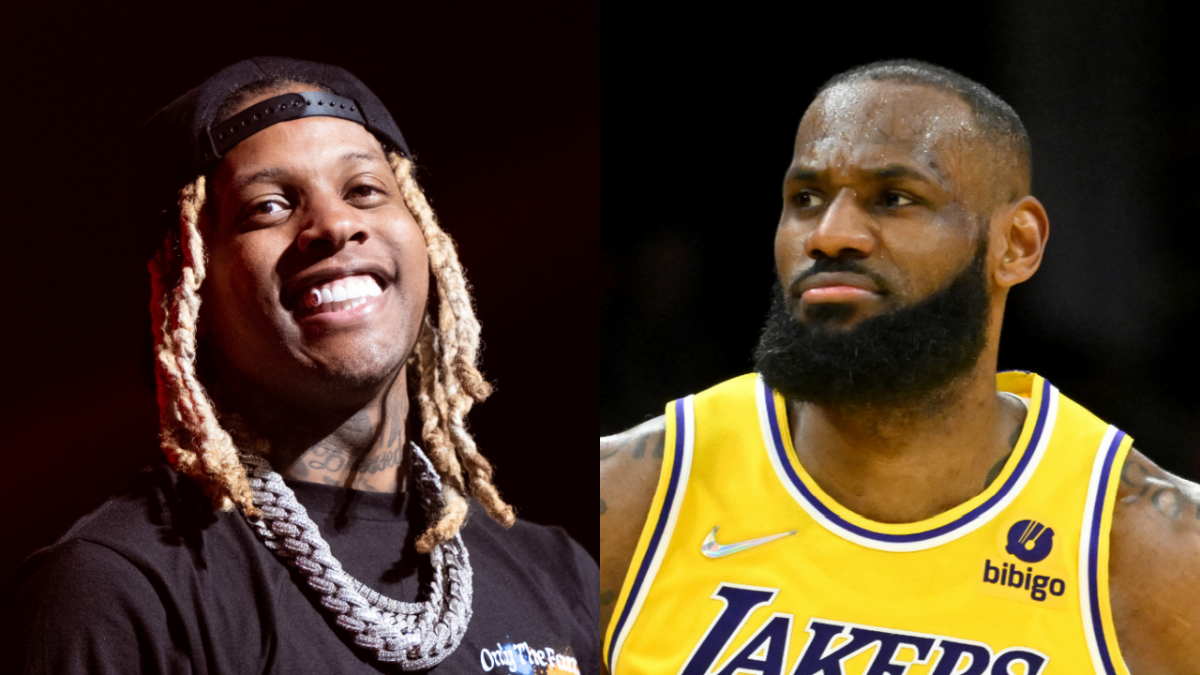 Hip Hop and basketball are connected at the hip. Many rappers can hoop, and some basketball players can dish out a rhyme or even produce a beat. In the case of Lil Durk, he’s in the upper echelon of rappers who can dominate a game, according to LeBron James.

During the latest episode of his HBO series The Shop, the Los Angeles Laker All-Star gave all the credit to Durkio when he was asked which rapper he thinks can actually play basketball.

“Lil Durk can hoop,” LeBron said. “He can hoop for real. Man, he [at] Lifetime hooping. He got a fucking canon, too. He got a peel, and he look like a muthafucka that can [ball].”

Gunna — who was a guest on the episode alongside Rick Ross, Steve Stoute and others — also chimed in on Durk’s skills, saying, “I played him one time… he can play.”

Lil Durk caught wind of the praise he received on the show and reposted the clip to Instagram with the caption, “I don’t want to hear shit nomo from nobody lol let’s go @kingjames.”

LeBron James also gave kudos to other rappers such as 2 Chainz, J. Cole and Quavo. However, another young rapper had the four-time NBA champion’s attention just as much as Durk.

“This ain’t fair because this guy, he actually played ball, though,” LeBron said. “J. Cole cool, but Sheck Wes, he was a real ball player, though. He can hoop for real.”

Lil Durk is clearly riding on a high after hearing one of the greatest basketball players talk so highly about his skills on the court. Durk extended that high over the weekend when he revealed he’s dropping a deluxe edition of his latest album 7220 that he predicts will give him another No. 1 on the Billboard 200.

“Ima drop and go #1 again matter fact watch this …. Deluxe,” Durk commented under a video of him dunking a basketball inside CoolKicks sneaker store in Los Angeles.

7220 dropped on March 11 and featured guest appearances from Future, Gunna, Summer Walker and Morgan Wallen. The album debuted at No. 1 on the Billboard 200, moving over 120,500 album-equivalent units in its first week.

Four singles lead the album, including “Pissed Me Off,” “Broadway Girls,” the NBA YoungBoy diss “AHHH HA” and “Computer Murderers.” HipHopDX gave the album a 3.3 out of 5 in a review last month.

Watch the latest episode of The Shop in full below.