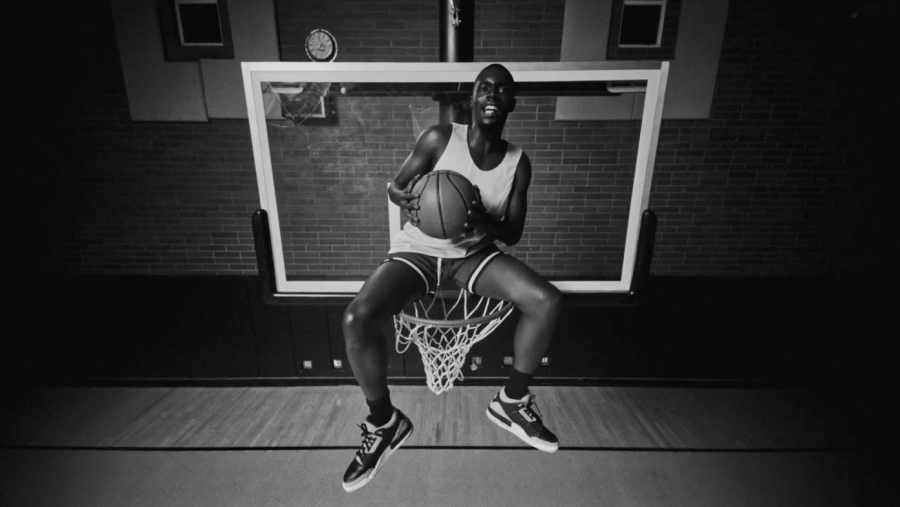 Sheck Wes became Twitter’s leading trending topic on Wednesday (November 18), but it wasn’t for anything music-related. The “Mo Bamba” rapper surprisingly claimed he was in the 2020 NBA Draft just hours before the virtual event took place.

“Damn… it’s really real, The 2020 NBA DRAFT, all my life I always wanted to follow my passion for music and basketball,” he wrote on Instagram. “Playing basketball and going to play pro in the @nba is something that I always strived for. Tonight that dream comes true!”

He added, “I want to thank the @nba for their hard work with the growing the game and every team that gave me an opportunity to work out and talk with them. I also want to thank my team and my fans for always being there! TUNE IN TO THE 2020 NBA DRAFT tonight!!!!”

The draft came and went without Sheck being drafted, but he did drop a video for his new song “2020 DRAFT.” The visual stars 2K Sports digital marketing director Ronnie 2K and social star Zack Bia among others, and opens with a parody of NBA commissioner Adam Silver announcing that the New York Knicks have selected Sheck as the first pick in the draft.

“STRANGEST DRAFT EVER,” he said on Twitter. “I AINT TRIPPING I WILL COME BACK NEXT YEAR. 29 TEAMS WILL REGRET THIS NIGHT. BACK TO THE GYM. BEEN BALLIN!!!!”

STRANGEST DRAFT EVER , I AINT TRIPPING I WILL COME BACK NEXT YEAR 29 TEAMS WILL REGRET THIS NIGHT. BACK TO THE GYM. BEEN BALLIN !!!! https://t.co/5kSmatEboK pic.twitter.com/KExX5Xb8o6

Sheck previously played competitive basketball in the Amateur Athletic Union (AAU) as a teenager before venturing into music and fashion so the publicity stunt has its merits. In the off-chance he ever plays in the league, he’ll have to contend against No. 1 pick Anthony Edwards and LaMelo Ball, little brother to New Orleans Pelicans guard and part-time rapper Lonzo Ball.

While Sheck isn’t the only rapper with dreams of making it as a a professional basketball player, his music career is still working out as a backup. On November 6, he dropped “Rich One Day,” his first single of 2020 in anticipation for his upcoming Hell 2 Paradise album. The project is set to be the follow-up to his debut album Mudboy, which was released through Travis Scott’s Cactus Jack Records, Kanye West’s G.O.O.D. Music and Interscope Records in 2018.