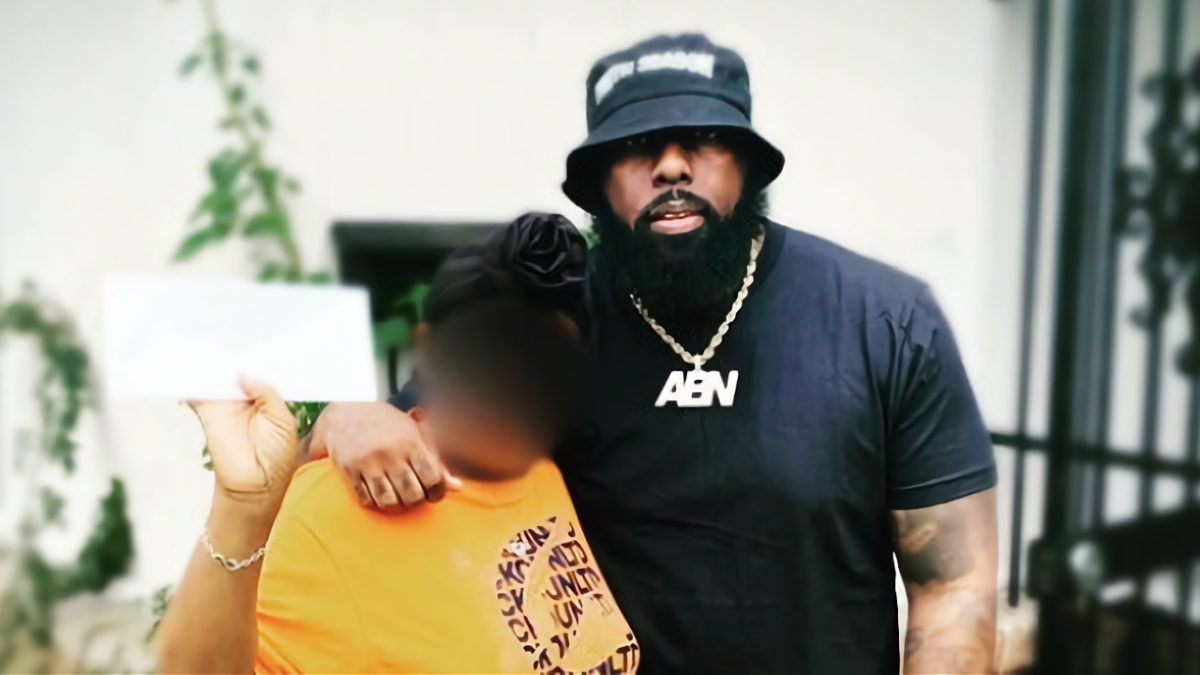 Trae Tha Truth Helps Elderly Woman Who Was Robbed At Gunpoint: 'Real Ones Don't Stand By'

Houston, TX – Trae Tha Truth is a true people’s champ. Houston’s Hometown Hero commands respect not only for his music and legacy, but his positive impact on his community (and beyond) through his activism and philanthropic efforts.

The ABN boss sprang into action once again this week after an elderly woman in Houston was robbed at gunpoint outsider her home in broad daylight. The shocking incident was captured on surveillance footage, which shows a masked gunman jumping out of a car and running toward the woman as she arrived home.

The terrified woman drops her handbag, phone and other belongings before the assailant grabs hold of her and searches her pockets. He then swipes her belongings from off the ground and runs back to his car to make a getaway. The robbery took place on the morning of March 26 in the 4300 block of Boynton Drive.

On Monday (April 4), Trae posted the video on his Instagram page, expressing his disappointment at the ugly scene while asking for the woman’s contact information so he can get in touch.

“Maan… This Shit Aint Cool At All, Women And Kids Dont Go,” he wrote in the caption. “What if this was one Of Our Momma Or Grandmas… Real Ones Cant Cosign This… Yall Get Me Her Info…… This Aint The Code At All….. Yall Get Me To Her…”

Trae Tha Truth returned to Instagram shortly after with a video further addressing the robbery, which he admitted struck a nerve with him. He also let the victim know he was on his way to find her so he can offer his support in person.

“Nothing about that is street, man,” he said while driving his car. “That ain’t what’s up. We don’t touch women, we don’t touch kids. We stick to the code. You gotta have some type of real gangsta about yourself. Don’t do that to women, man. Don’t prey on the weak, that’s not how we move.

“That video really, really ran me hot, man. I ain’t never gonna be quiet; I’m gonna speak up. I’m actually gonna go pull up on her and let her know she ain’t alone and there’s real ones out here that’s gonna stand for her and other elders and other kids. Definitely prayers up for her. About to actually go find her now. I’ma make it my business to do that today.”

Hours later, Trae Tha Truth’s mission to locate the woman was successful as he shared a photo of him with his arm around her while stood outside her home. What’s more, Trae wrote the woman a check to help her get back on her feet.

“I Made It To Her,” Trae wrote. “I Made Sure She know That Real Ones Dont Stand By Or Approve What Happen To Her…. And Also Blessed Her… Protect Our Own…. I Told Her She Should Create Her Own personal Go fund because a lot of people want to help her…”

This is far from the first time Trae Tha Truth has come to the aid of his fellow Houstonians. Last July, the Street King treated teenage student Jaydeen Buckley and his family to a shopping spree after hearing about their financial struggles.

Earlier this year, Trae Tha Truth was hospitalized after being involved in a car crash. He was later discharged and appeared to sustain only minor injuries. “The Devil Couldnt Stop Me If He Wanted To,” he wrote on Instagram while sharing photos of the damage to his car.