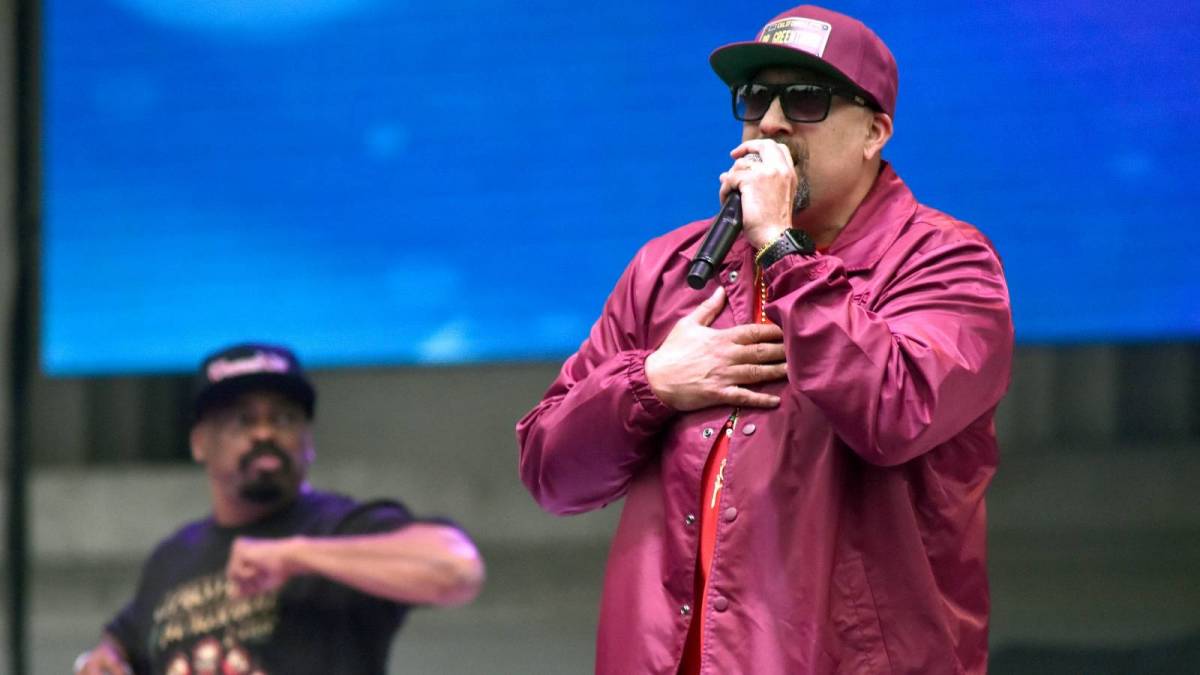 Cypress Hill just celebrated the 30th anniversary of their debut self-titled album. In the three decades since its release, B-Real, Sen Dog, Eric Bobo and DJ Muggs have settled into their position as Hip Hop’s elder statesmen, an elite group of pioneers and architects who’ve helped grow the culture into the multi-billion dollar industry it is today.

2022 is gearing up to be a big year for the Latino trailblazers. On Friday (March 18), Cypress Hill delivered their 10th studio album, Back In Black, a title with dual meanings. On one hand, it’s a nod to producer Black Milk, who helmed the entire project, and on the other, a reference to AC/DC’s 1980 classic album of the same name. While there was a rumor floating around it would be the group’s last album, that’s far from the case.

“They misquoted that it’s going to be the last one,” B-Real tells HipHopDX in a recent Zoom interview. “If we were going to do a final album, it would be with Muggs. That’s what we’re working towards right now. As this one is releasing, we’re already going to start doing some work for that album so that it comes out not in eight years [laughs].”

Sen Dog jumps in, “Good idea.” B-Real continues, “This album will have enough room to breathe. All that to say, it’s not that we’re going to stop making music. We’re just going to give people a different experience of our music and not necessarily in a traditional album sense. It’s not like we’re retiring because we all still love what we do. We still love to be creative, make music and then go play it. I don’t want to scare people in thinking that we’re going away. That’s definitely not true.”

While Hip Hop has traditionally been considered “a young man’s game,” that hasn’t necessarily been the case in recent years. Yes, the rap landscape is flooded with Lil Uzi Verts, Lil Durks and Lil whatevers, but when it comes to the greats, pillars such as JAY-Z, Eminem, Kanye West, Nas and Busta Rhymes routinely dominate the G.O.A.T. conversations — and they’re all over 40.

Unlike rock-n-roll musicians, who don’t seem to have an expiration date (just ask Mick Jagger, Keith Richards or Paul McCartney), Hip Hop artists often feel dismissed once they hit a certain age. But B-Real and Sen Dog, who are both in their 50s, aren’t buying the “young man’s game” theory.

“Cypress has always done our own thing,” Sen says. “The culture has always rewarded us by sticking true to it. I don’t think we’ve ever left it or anything like that. It’s always been a steady progression of the Cypress style and what we represent. I don’t know how Bobo feels or whatever, but I don’t think it’s like we’re trying to do a takeover or anything like that or come back, this and that. We’re still here. We’ve never gone away. This is the 30th anniversary of the band and that’s what we need to focus on.

“The new album, the documentary and everything that we got going, I think is a pretty strong package. It’s not like we’re doing anything out of the ordinary to impress our fans. We’re just being ourselves still and giving it to them the way that we think it should be presented. People have always received us well for that.”

Bobo adds, “We’re not following trends nor have we ever followed trends. If we were trying to compete and do this music that is most popular now with a lot of trap stuff and everything like that, then it would seem forced because that’s not what we’re about. We try to stay true to what we want and what we like and we improve on that.”

B-Real hops in, “Yeah. I think with that connection, that there’s with the Hip Hop is a young man’s game thing, it really isn’t. It’s for whoever and those who hold onto the passion for it and if you keep razor sharp. Our school, the ‘gold school,’ we continue to work even past the so-called prime. Everybody continues to work and it’s like playing a sport. The more you train, the better you get at it. The more you do it, the more it becomes innate it’s second nature.”

Artist such as Ice Cube, Public Enemy, Nappy Roots, Eminem, Nas and JAY-Z have all dropped albums over the past five years, proving there’s still an audience that’s hungry for the golden era Hip Hop so prevalent in the late 1980s and ’90s.

“This resurgence you’re seeing of gold school artists from our time coming back,” B-Real says. “Again, it’s like Sen Dog said, it’s not like we ever left. It’s just that this industry, this music, this genre goes in cycles. It always tends to trend younger because when you get to the age above 30 and 40, how do you connect with the teens and the young adults? Companies never figured that out. Your fan base gets older and they get younger if you’re lucky.

“What happens is the record companies don’t know how to find the folks that grew up with you once they’ve become adults and they’re now out to the world, not as young people. They don’t have that game down. So they’re geared to keep marketing and promoting towards a younger audience. They’re the ones, the record companies and the record industry are the one who plays artists out like that. Well, ‘You’re above 30, you’re above 40, done.’ That is not true.

He continues, “We’re fucking seeing it more often now. And because the doors have been broken open, now you don’t really need them to show that. People can make a video, go on YouTube, crack it off and create the wave. It goes to show you, they weren’t trying and they never will because it’s easier to market towards younger people.” 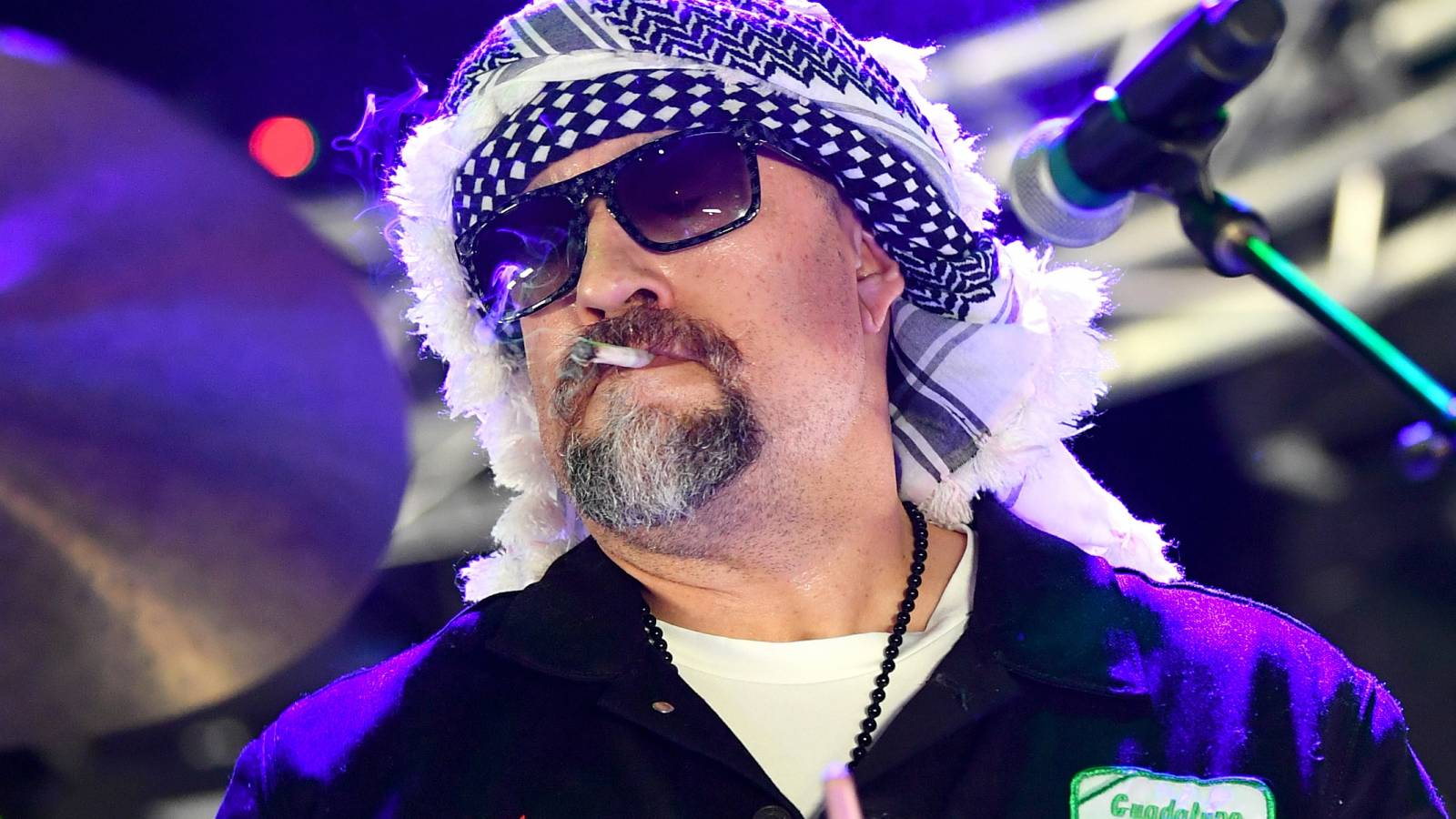 Luckily for Cypress Hill, they’re seeing generations of fans pepper their audiences — both young and old — and it’s certainly not uncommon to see parents with their kids in the crowd.

“We’ve been fortunate in that way that people passed down our music much like Led Zeppelin and Black Sabbath was passed down to us,” B-Real explains. “We caught it because people felt it was important enough to pass down like, ‘Hey, you like that style of music? Check out this band.’ We’ve become fans of that and then we’re all about that. We’ve been fortunate to have that. Our fans get older with us and they’ve stood loyal and they’re there. We see them at the shows whenever possible. Then we see the younger base, whereas they’re passing it down to these young folks. It’s great to see that we had that sort of impact that people felt we were important enough to pass it down to a younger generation.”

But B-Real won’t lie — it sometimes shocks him to see teenagers and people in their early 20s mouthing every word to “Insane In The Membrane” or “Hits From The Bong.”

“When you see it out there, it’s fucking incredible,” he says. “Like, ‘Fuck, how do they even know about us?’ It gets passed down and you know that when it gets passed down to them, they do the research, they find your catalog and they go through it and then they either become fans or they don’t. For us, we’ve been fortunate to be able to get those younger folks and flourish and be relevant to them in this time 30 fucking years later.”

Check back with HipHopDX soon for Part II of the Cypress Hill interview.