B.o.B. Talks About "Haterz" In His Life 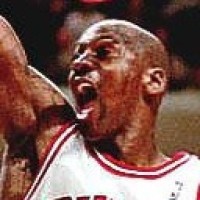 Whether in the song’s original billing with Wes Fif, the remix with Juvenile and Rick Ross, or the latest version with Rich Boy [click to view], Hip Hop seemingly has not gotten tired of Decatur, Georgia emcee/producer B.o.B. telling us about his “Haterz.”

The underground Atlanta anthem has some meaning to B.o.B. though. Recently, he told HipHopDX how he’s been hated on for years. “My whole life I’ve always felt different. When I was in school, kids used to write in my [rap] book ‘You suck, quit rapping,’ [and] ‘This is wack.’ And you know how kids are. It’s all fun and games but, me, I took it to heart because I took rap so seriously.“

“Haterz” has since become an official single, with its original version, featuring Slip-N-Slide‘s Wes Fif, being serviced by B.o.B.‘s parent label, Atlantic. “That hate really gave me motivation to keep doing it. People think just because I have [the song] that I’m talking about [random] haters but I really do have haters. They’ll be at the shows or they’ll call up to the [radio] stations. There are actually people that hate on me. One time, I was at this show and the whole show this guy had his middle finger up to the stage like fuck you right in the middle of the crowd. So we called him out when ‘Haterz’ came on and got the whole club to flick him out. But it’s all good though. We need hate.“

B.o.B. is presently a model for Lifted Research Group, and his Rebel Rock/Atlantic Records debut is reportedly geared for third quarter 2008 release.