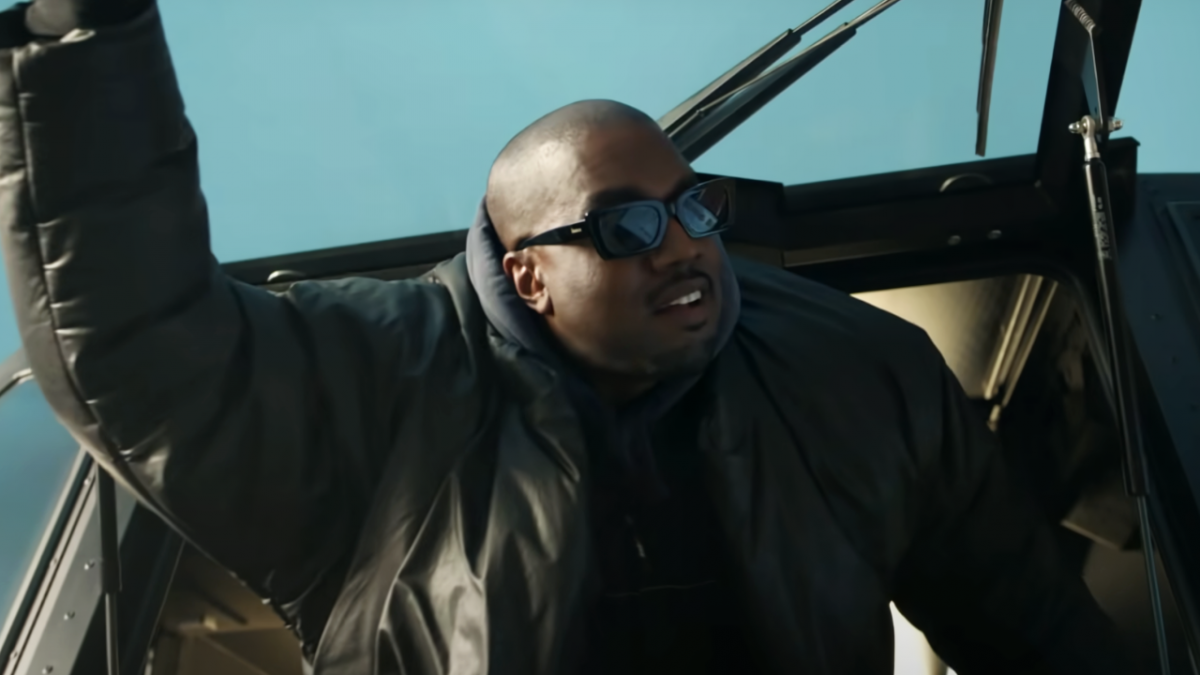 Hip Hop was center stage at Super Bowl LVI on Sunday (February 13) as Dr. Dre, Snoop Dogg, Eminem, Kendrick Lamar, Mary J. Blige and special guests 50 Cent and Anderson .Paak put on a spectacle during the Pepsi Halftime Show. But its presence could also be felt during the coveted commercial breaks.

Kanye West — who actually eclipsed the Super Bowl as Twitter’s top trending topic for his continued attacks on Kim Kardashian’s new boyfriend, Pete Davidson, in the run up to the big game — co-starred in McDonald’s Super Bowl 2022 commercial.

In the 30-second spot, the Chicago rap icon/fashion mogul pulls up to a McDonald’s drive-thru in one of his impressive Sherp ATVs and pops his head out to place his order. Only Ye, much like everyone else in the ad, is stuck on what to get. “Hey, can I get uhhhhhhhhhhhh,” he deliberates as he studies the menu.

The commercial, which also features NASCAR driver Bubba Wallace, FIFA Twitch streamer Edwin Castro and iconic McDonald’s character Grimace, is inspired by “a universal fan truth” that “sometimes, you just can’t decide what to order,” according to the fast food giant.

Following the airing of the commercial, Kanye West took to Instagram to share an outtake from the Super Bowl spot. The 15-second extended cut shows Ye trying to hold his “uhhhhhhhhhhhh” for as long as possible, which, even for a seasoned performer like himself, proved a challenge as he took deep gasps of air in between.

In the Instagram caption, Ye reflected on his eventful Super Bowl Sunday, which also included one of his customary Sunday Services and tickets to the game with two of his children, 8-year-old North and 6-year-old Saint, who were gifted Rams star Odell Beckham Jr.‘s gloves ahead of kickoff.

“How great is it to be a free artist,” he wrote. “I fought for my family. We had Sunday Service. Trended over the Super Bowl with my kids. Odell gave me and my kids his gloves. Dre performed. Rams won. And I did a Super Bowl commercial with McDonalds. God has a plan. Love over fear. Today was awesome.”

Kanye West has made no secret of his love for McDonald’s in the past. In 2016, he wrote a poem about the fast food restaurant for Frank Ocean‘s Boys Don’t Cry magazine that accompanied the release of his Blonde album.