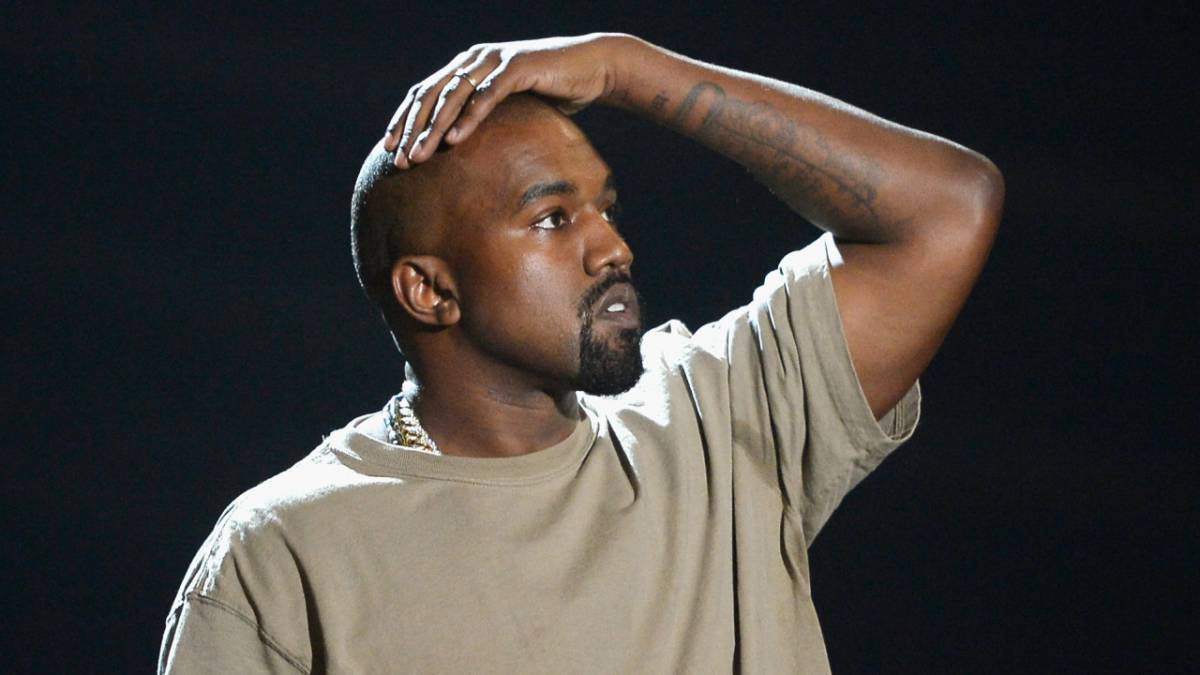 Kanye West is going to new lows to publicly humiliate Kim Kardashian’s new boyfriend Pete Davidson. As he berated him on Instagram for the better half of Sunday morning (February 13), the barrage of insults haven’t stopped.

Shortly after renaming the Saturday Night Live actor “Skete” and claiming he once had a romance with former First Lady Hillary Clinton, Kanye has vowed to never allow Davidson to meet the four children he shares with his estranged wife. In another all-caps Instagram post, Ye shared a photo of Machine Gun Kelly with his pants down as he pours popcorn into Davidson’s mouth (who also has his pants down).

He accompanied the photo with a text from Davidson that read in part, “I’d never get in the way of your children. That’s a promise. How you guys go about raising your kids is your business and not mine. I do hope one day I can meet them and we can all be friends.”

Ye captioned the post, “NO YOU WILL NEVER MEET MY CHILDREN.”

Kanye West also drudged up a rumor involving the late Mac Miller and pop princess Ariana Grande, who dated for roughly two years before his 2018 death. Grande eventually moved on to Pete Davidson and the two were briefly engaged. According to Ye’s post, Davidson was accused of sending “intimate photos” of himself with Grande to Miller to discourage him from trying to rekindle their romance.

When people started to think Kanye’s Instagram account had been hacked, he posted a photo of himself with today’s date written on a yellow legal pad with the words, “My account is not hacked.”

“MY ACCOUNT IS NOT HACKED,” he added in the caption. “I WILL BE AT SUNDAY SERVICE AT NOON AND WILL ME TAKING NORTH AND SAINT TO THE SUPERBOWL SHORTLY AFTER @chethinks I’LL DOUBLE WHATEVER THEY PAYING YOU JUST SO YOU DONT HAVE TO LOOK AT THAT PAWN EVER AGAIN BIG LOVE.”

Finally, Ye shared another post showing his name was trending over Super Bowl LVI while pining for a reunion with Kardashian again in the caption. He also warned other married men there’s always another “Skete” waiting around the corner. He also didn’t seem to appreciate Davidson wearing Calvin Klein around his children.

“FOR EVERYONE MARRIED HOLD YOUR SPOUSE CLOSE MAKE SURE THEY KNOW HOW MUCH YOU LOVE AND APPRECIATE THEM BECAUSE THERE’S A SKETE LURKING IN EVERY DIRTY ASS ALLEY WAITING TO HELP DESTROY YOUR FAMILY AND WALK AROUND IN CALVIN KLEINS AROUND YOUR CHILDREN.”

He added, “I WISH MY WIFE WAS WITH ME AND OUR CHILDREN SITTING AT THE 50 YARD LINE @kimkardashian ALWAYS REMEMBER WEST WAS YOUR BIGGEST W.”