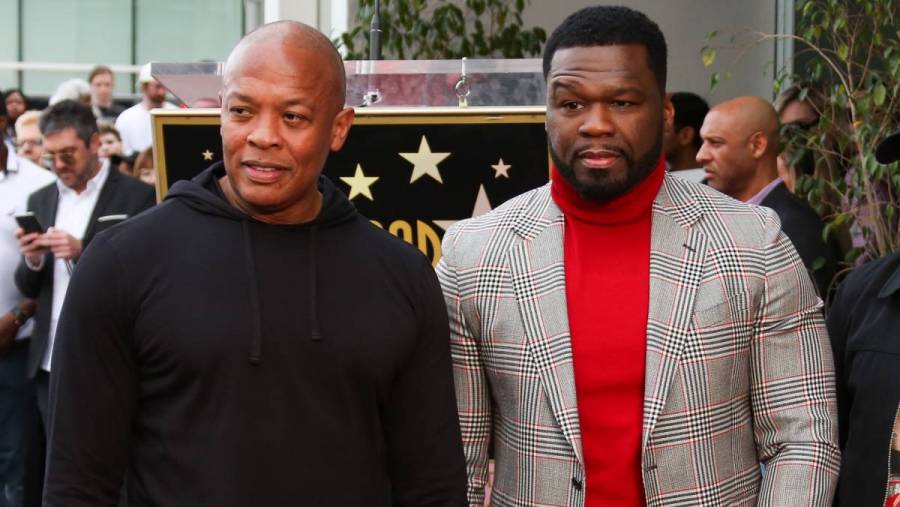 The Pepsi Super Bowl LVI Halftime Show is right around the corner, and fans have been patiently waiting to see what type of show Dr. Dre, Eminem, Snoop Dogg, Mary J. Blige and Kendrick Lamar will put on Sunday night (February 13).

Fans expect the artists to bring out surprises, and one of those may have been leaked early. On Thursday (February 10), footage from inside a rehearsal at SoFi Stadium circulated online, and viewers can hear 50 Cent’s 2003 classic “In Da Club” glaring through the speakers.

People were quick to allege 50 would be a special guest, and it wouldn’t be too farfetched of an idea. 50 Cent broke through the industry under the guidance of Dr. Dre and Eminem, has collaborated with Snoop Dogg several times and he gave Mary a starring role as Monet in Power Book II: Ghost.

Associated Press interviewed 50 Cent recently and asked him about his thoughts on this year show without giving a hint whether he’d join them or not.

“They got a lot of rules with NFL and stuff like that and it would be down to a T the way they rehearse that. So I don’t know what’s going on with that. I think it’s a Dr. Dre thing that one right there. Then you got Em with Kendrick right. It’s hard to do Dr. Dre without Snoop,” 50 Cent said before shrugging his shoulders when asked if we “gotta see what happens.”

If 50 does end up on the stage with his peers, that’ll be another huge addition on top of the other groundbreaking news that was announced last week. According to the Detroit Free Press, the National Football League contacted deaf rapper Sean Forbes and invited him to perform during the Hip Hop centric event.

Forbes will have the duty of performing sign-language interpretations of the headliners’ music alongside another deaf rapper named Warren (WaWa) Snipe. It’s the first time the NFL will have sign-language performances incorporated into their halftime show.