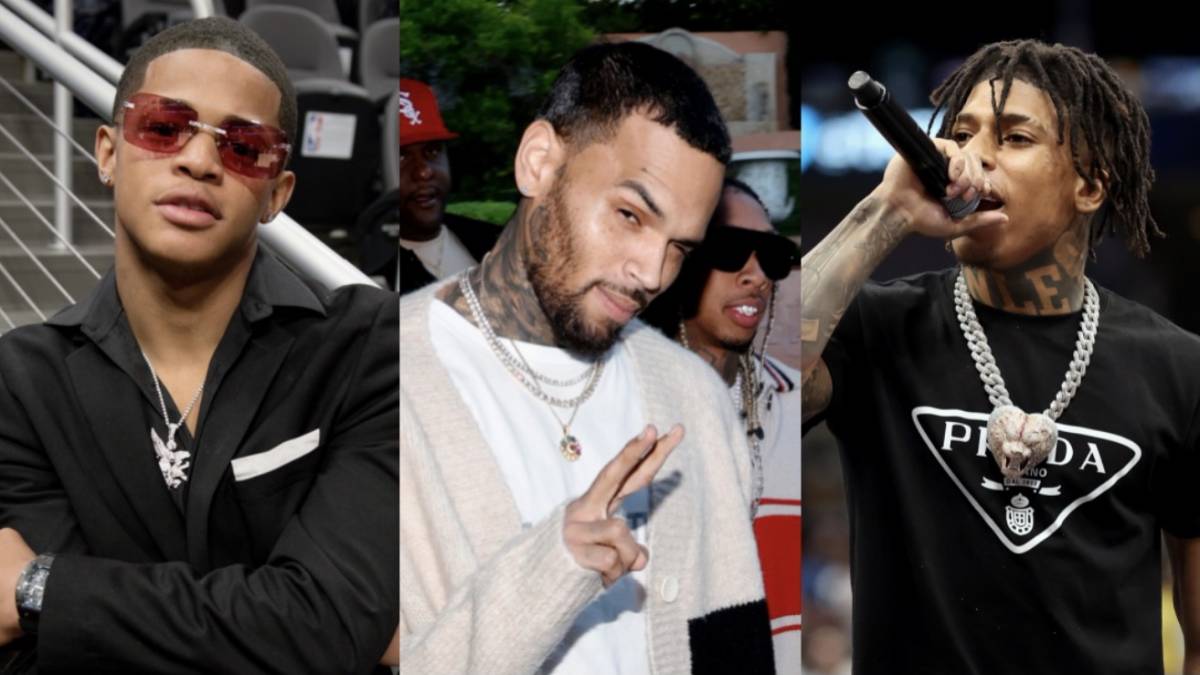 Chris Brown knows his way around a basketball court as we’ve seen him display some incredible handles and pull off some difficult shots over the years in pick-up games. Over the weekend, the “No Guidance” singer played a pair of games in Diddy’s The Crew League, and it’s safe to say Chris Breezy is one of the top players in the league.

Fans got to see him in action when a few clips from his games hit social media. In the first clip, Chris Brown’s OHB team took on YK Osiris’ TCL team, and the Florida singer stood no chance. Chris Brown was in a triple threat stance when YK came to guard him with some mediocre defense. Chris saw an opportunity and dribbled past YK to shoot a jumper over him that went in.

Another clip shows Chris Brown playing NLE Choppa’s team, and it was much of the same with the “Walk Em Down” rapper getting left in the dust. Fans can see Chris dribbling the ball up the court as NLE comes to defend him, but it wasn’t enough as the Indigo singer pulled off a behind-the-back dribble that made his defender touch earth. Just like what he did with YK, Chris hit the jumper after blowing past NLE.

Chris Brown and his OHB team will be defending their title in Season 3 as they face new competitors in Toosii, G Herbo, DJ Scheme and more. Fans are hoping Drake will join the league as he’s been practicing his skills a lot lately.

Last week, the 6 God played a game with his friend and Miami Heat star point guard Kyle Lowry in Miami, Florida. Footage of the match-up made its way online as Drake displayed a decent dribble before taking a shot from the three-point line. Drizzy missed the shot as the ball hit the rim, but it was a solid effort on Drake’s part.