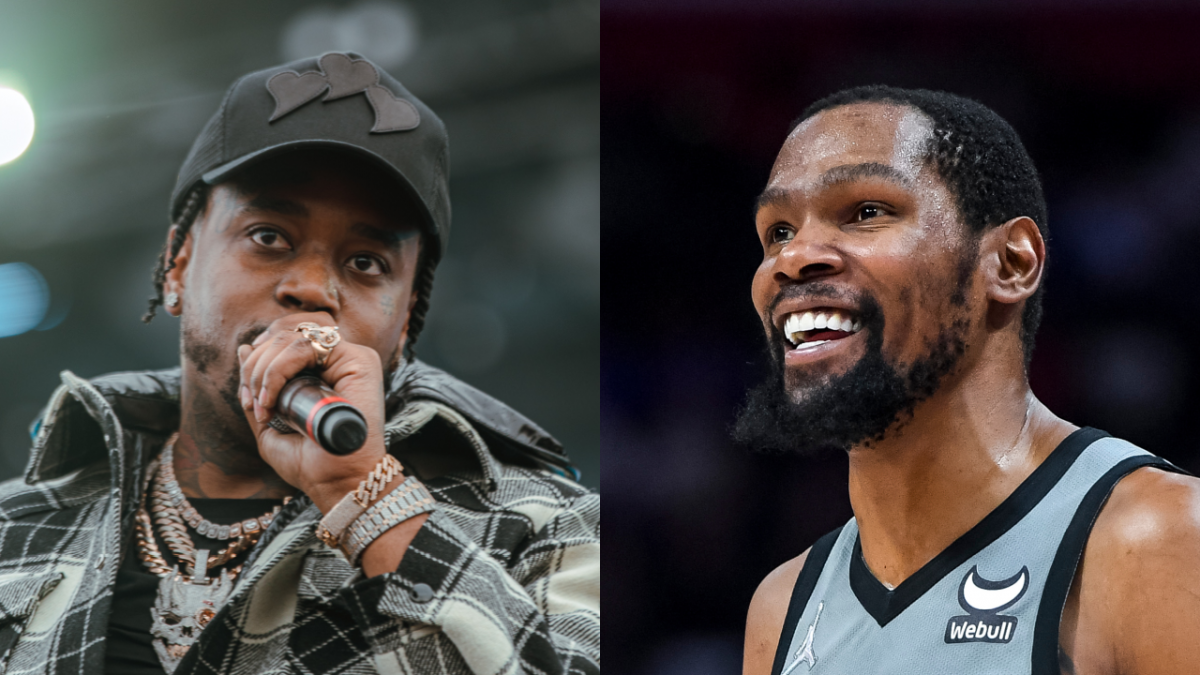 Brooklyn, NY – Fivio Foreign is shaping up to be New York City’s next big rap superstar. The Brooklyn native has been carrying the torch for the city’s drill since Pop Smoke’s untimely passing in 2020 and even has Kanye West executive producing his upcoming debut album. With all that he’s done already, Fivio is poised to have a big year.

On the latest episode of Kevin Durant‘s podcast The ETCs With Kevin Durant, the Brooklyn Nets All-Star forward spoke about his admiration for Fivio Foreign, who he dubbed a “star.”

“Fivio is just… every time I hear his shit, I feel like I’m a Brooklyn drill [rapper]. I just be in my seat moving like one of them,” KD said. “He’s just so nice with it. That drill shit, Fivio got it. He got it, man.”

Durant also recalled watching Fivio perform at Rolling Loud a few years ago, and even then, he could recognize his star power.

“He’s just a star,” he continued. “I remember meeting him [at] Rolling Loud, before all of this — 2019 Rolling Loud; I was still injured. He only had that one song out… I was like, ‘Who the hell is this kid with 20 people on stage?!’ But the song is fire! The dances is crazy! The ad-libs is sick! Like, ‘Bow! Ay ay!’

Fivio Foreign responded to KD’s co-sign with an Instagram post sharing his own recollection of that day, along with a photo of the pair meeting at Rolling Loud.

“I remember 2019 rolling loud like it was yesterday @easymoneysniper but I ain’t think da big dogged remembered dats shit hit me for real,” he wrote. “Keep workin yu neva kno who watching! Ayo but @ dis point we like best friends. Pull up on me listen to da Album gang.”

Fivio Foreign will be looking to impress Kevin Durant — along with his fans and fellow rappers rappers — with what he’s calling “the hottest song of 2022.” That song in question is a track called “Say My Name,” which he’s been teasing for months and samples Destiny’s Child 1999 hit of the same name.