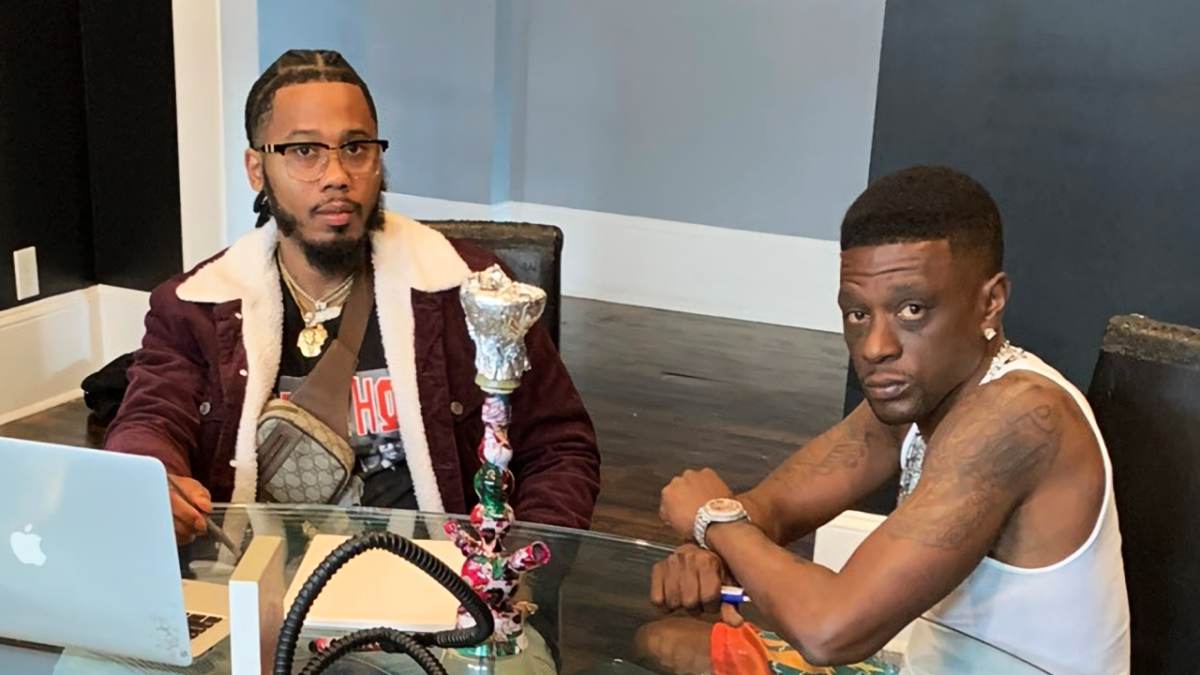 Boosie Badazz Fan Secures Collab After Choosing 'Dinner With Boosie' Over $20K: 'Worth Every Penny'

“Dinner with JAY-Z or $500K?” is a question that continues to fuel social media debates, with fans arguing over the benefits of pocketing half a million dollars versus picking the brain of Hip Hop’s first billionaire.

Now, another rapper has found himself at the center of a “dinner or money” debate — except this one wasn’t just a hypothetical scenario.

On December 8, Boosie Badazz asked his 1.1 million Twitter followers, “I GOT A QUESTION FOR YALL LET SEE WHO SMART. DINNER WITH BOOSIE OR 20 THOUSAND? #boosiequestions.”

One of Boosie’s followers, an aspiring rapper from Dayton, Ohio named Lon6z, replied to his tweet taking up his dinner offer. “Fuck 20k! What’s for dinner I’m otw,” he wrote back.

HOW IT STARTED HOW ITS GOING pic.twitter.com/dF37eeqIrd

Lon6z — whose real name is Allante DeBrill and who currently resides in Los Angeles — later slid into Boosie’s DMs in hopes of setting up the dinner. Despite Boosie’s initial surprise (“U SURE U DON’T WANT 20 THOUSAND?”), the “Wipe Me Down” promised to fly him out to his home.

Boosie kept his word, and on Tuesday (December 21), Lon6z found himself sat across the table from Boosie Badazz. DeBrill came away with more than just advice, though; he secured a guest verse and music video with the Baton Rouge legend.

“Worth every penny,” Lon6z tweeted along with a clip of the video.

A remix of Lon6z’s 2020 track “Run It Up,” the collaboration is called “Run It Up 2.0 (Boosie Alpha Initiation)” and opens with a verse from Boosie Badazz.

“All I know is run it up and get the bag/Hunnid after hunnid in my Louis bag/Shit hanging out my pocket I don’t give a damn/Wish a n-gga would, on the hood he getting slammed,” he raps.

The video closes with a comedic skit that finds Boosie failing an Alpha Phi Alpha initiation, before swiping one of the fraternity’s letterman jackets on his way out.

The 39-year-old rapper caused a stir earlier this month when he wore an Alpha Phi Alpha line jacket in a video posted on social media. Traditionally, fraternity jackets are supposed to be worn by members only.

Boosie Badazz’s college frat dreams may yet become a reality, though, having recently announced his plans to enroll at Jackson State University in Mississippi in 2022.

“I wanna feel normal. I missed that part of my life,” he said. “So I wanna enroll and try and walk down that thang and go to class and try my brain. ‘Cause I still have matter up there that needs to be explored.”

With that said, Lon6z still feels like Boosie Badazz imparted plenty of wisdom on him during their dinner. “Ain’t gon lie that knowledge was worth 100,” he replied to a fan on Twitter, while saying Boosie gave him “crazy gems.”