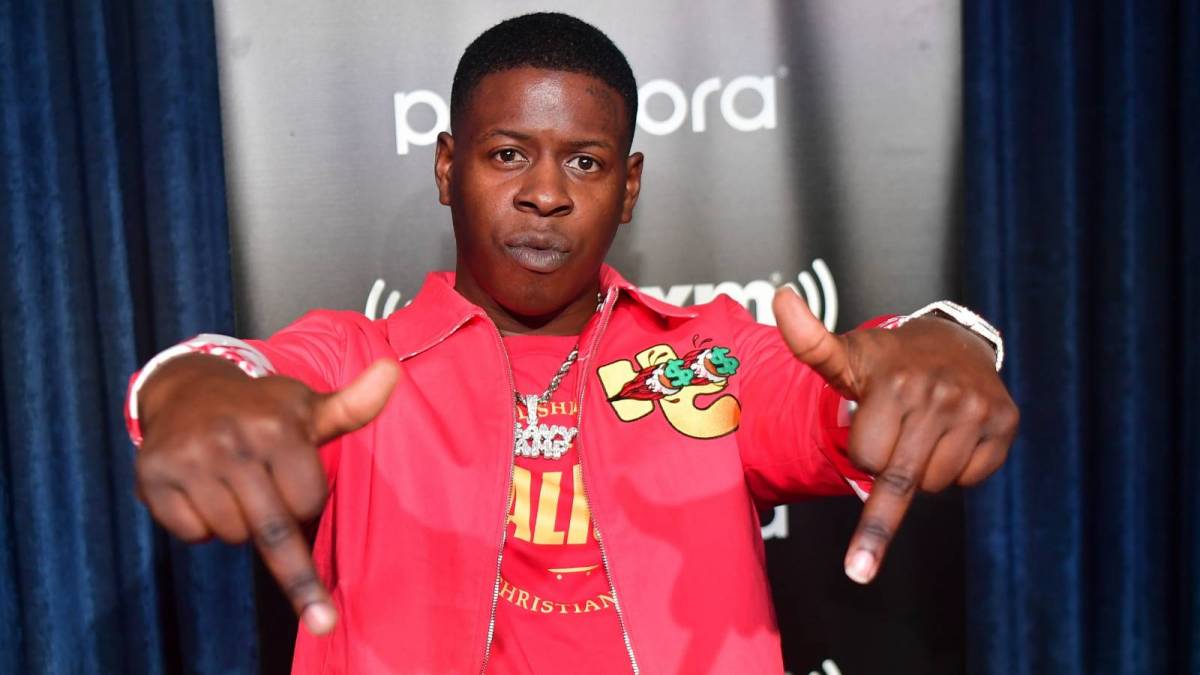 Blac Youngsta Doubles Down After Live Young Dolph Diss: 'Give 2 Fucks What The World Thinks'

Blac Youngsta faced the online wrath of Young Dolph fans after he performed the “Shake Sum” diss during a recent Dallas concert. On Monday (December 20), the Memphis rapper defended himself in a lengthy Instagram post and scoffed at the notion his celebrity status somehow makes him immune to making mistakes.

“I’m the type of n-gga who ain’t neva sat back and looked for nobody to feel sorry fa me!” he began. “I come here from the heart of South Memphis where you get no sympathy, don’t even know what that is. With that being said I could give 2 fucks what the world think bout me. It amazes me how just because I’m a multi-millionaire gangsta that I’m put under this magnifying glass and every lil thing I do/say receives negativity rather its to be put out that way or not.

“I’m human I ain’t perfect, I go thru shit just like everybody else. I done lost more of my inner n-ggas than any other n0gga coming outta my city *Memphis* My grandma damn near on her deathbed now but I don’t get on the internet crying about it or looking for the world to feel sorry for a n-gga.”

Young Dolph was shot and killed in Memphis on November 17 as he was buying baked goods at Makeda’s Homemade Cookies. Rumors quickly started to spread alleging Blac Youngsta had something to do with it considering their contentious history. Some even suggested Blac Youngsta’s grandmother’s house had been shot up in the wake of the shooting, but a local news affiliate soon debunked the rumors.

Blac Youngsta touched on the topic as part of his Instagram post, adding, “When the false allegations came out late late month about sum happening to her house she was hospitalized the day before that sick as can be, I took all threats and hopes that she don’t make it from all type of people. IDK. See we as entertainers deal with life just like regular people do and y’all fail to realize that, only difference is I’m on my 3rd life so can’t shit nobody say, think or feel toward me slow me down or stop me.

Video footage of Blac Youngsta performing “Shake Sum” at Aces of Dallas nightclub in Dallas, Texas surfaced over the weekend. He was quickly condemned performing the 2016 song, especially with lyrics such as, “Young Dolph Thorton, wanna play ho/I’m on tour with the K ho/Mac 11, Smith & Wesson, extended clip, 100 rounds on draco/How the fuck you the king of Memphis, you ain’t from the city, you from Chicago/Fuck boy you better lay low/Killers move when I say so.”

Young Dolph’s murder remains unsolved. Meanwhile, fellow rapper Drakeo The Ruler was fatally stabbed backstage at the Once Upon A Time In L.A. Festival on Saturday night (December 18), continuing the disturbing trend of violence the rap community has suffered this year.