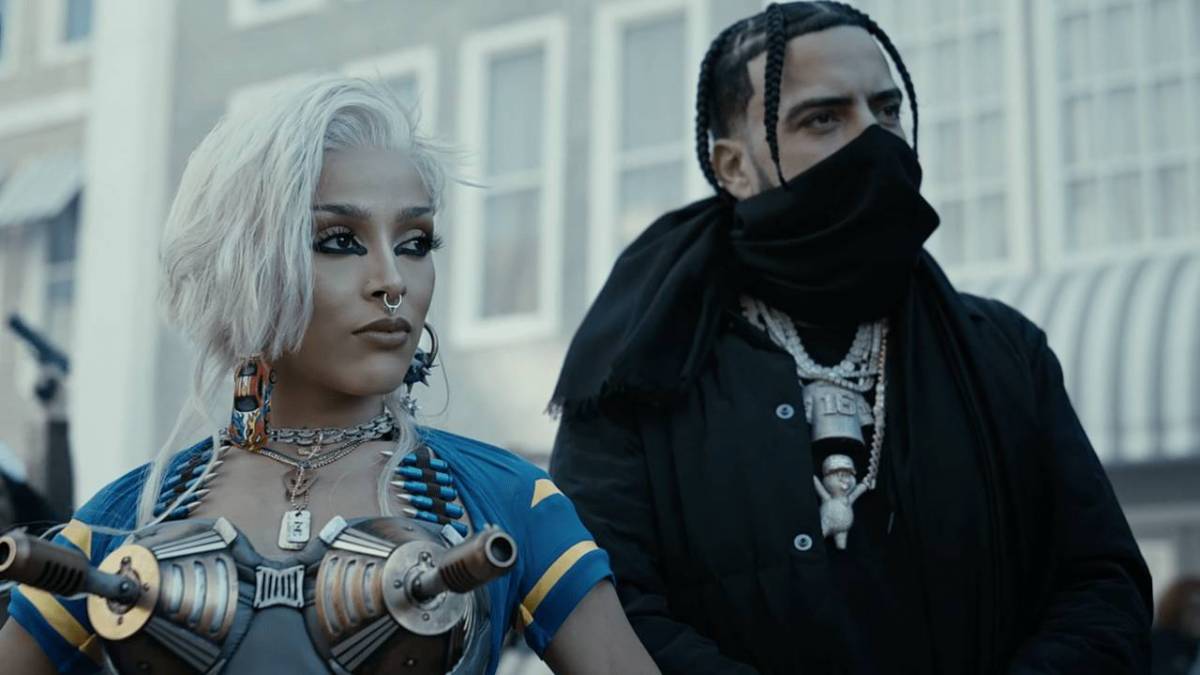 French Montana has enlisted the help of Doja Cat and Saweetie to help overthrow some colonizing robots in the new music video for “Handstand.”

Directed by Edgar Esteves, the video finds Doja and French being aided by a grungy band of protestors as they burn a post-apocalyptic city to the ground. Doja uses her augmented machine gun chest to eviscerate foes as she raps, while Saweetie towers above the city as it burns, dropping her verse as the cyborgs fight back against the protestors.

The video is the latest visual to drop from French Montana’s recent project They Got Amnesia, which also featured John Legend, 42 Dugg, Fabolous, Fivio Foreign, and more.

While They Got Amnesia was partially born from online trolls questioning French’s talent, the Coke Boys rapper spoke with Ebro Darden over the weekend about how he can plainly see that many of his rap peers are surpassing him.

“You chasing the high instead of chasing that train that you should be on. You know what I mean?” French told Ebro. “I feel like I seen a lot of my peers that came from less fortunate places and accomplished so many things.”

He added, “I feel like I could have been… I’ve been seeing a lot of my peers that just surpassed me and I’m like, ‘Yo, how they doing it?’ Yo, they act like they drinking with you… Like how Akon used to be with the Shirley Temple acting drunk. And I’d be like, ‘Yo, you don’t even drink.’ He’d like, ‘Man, I got to act drunk with these people.’ I like, ‘Yo, I got to learn from that.'”

Check out the video for “Handstand” below