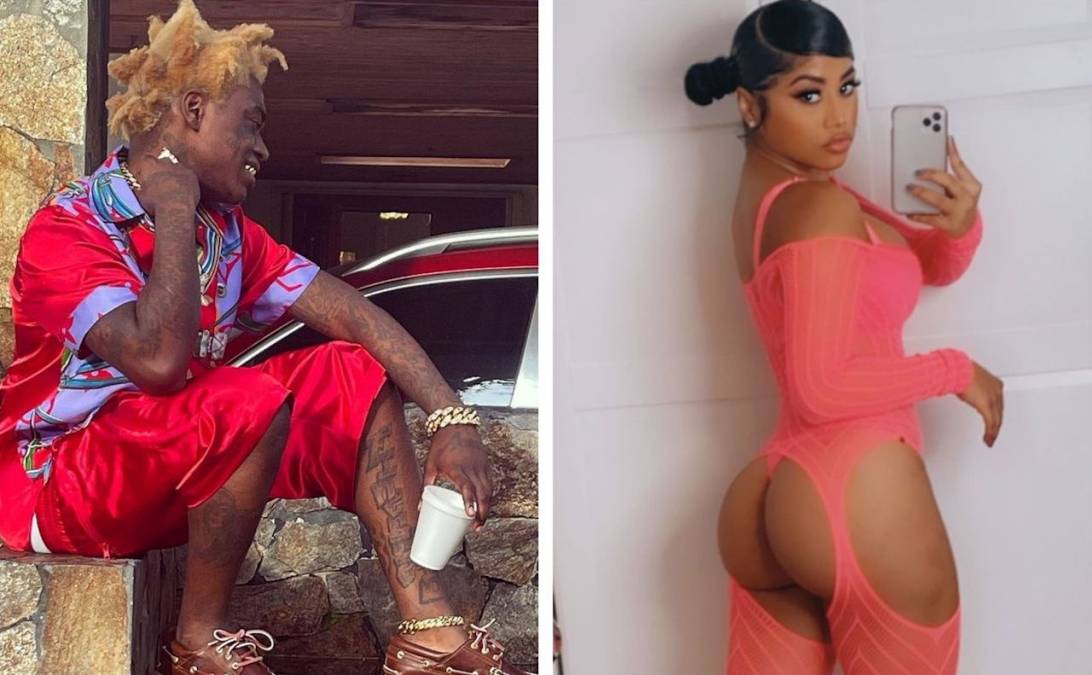 Kodak Black has shown over the years that he isn’t afraid to shoot his shot. The Florida rapper shamelessly pursued Zendaya when the Euphoria actress celebrated her 24th birthday back in 2020, and now Kodak has set his sights on Cardi B’s sister Hennessy.

“@Hennessycarolina need to marry me,” Kodak wrote on Instagram with a screenshot of Hennessy’s profile. “I’ll be a good boy.”

While it’s unclear to what lengths Kodak will go to try and get Hennessy to marry him, the rapper has been merciless in his pursuit over the years. Back in May, Kodak came for Hennessy again, writing on his Instagram story “I Wanna Eat You Till You Pass Out & Die @hennessycarolina” alongside the drooling emoji face.

Back in 2018, Kodak again made another pass at Cardi B’s younger sister.

“Hennessy, stop playin’ with that pussy. I’m tryna fuck,” he said on his Instagram story. “I don’t give a fuck about your gay girlfriend. I’m tryna beat you.”

Kodak’s antics have been on full blast this past year. In October, Kodak was forced to address his relationship with his mother after a viral video showed the MC grabbing his mom’s butt and trying to kiss her on the mouth at his brother’s birthday party in Miami.

He concluded with “I don’t fuck my mama, we ain’t doin no crazy shit. I grab her, like I make her feel real beautiful. I remind my mama, ‘You beautiful, I’m fucked up bout you ma, I’m in love you with you.”

However, the response seemed to only make matters worse, as fans flooded the comment section with their disapproval of Kodak’s actions.

“Man, I don’t know the context of that video nor do I need to,” wrote Top Dawg Entertainment’s president Terrence “Punch” Henderson, who was particularly upset by the video. “That young man Kodak is sick for touching his mother that way, and he needs help.”