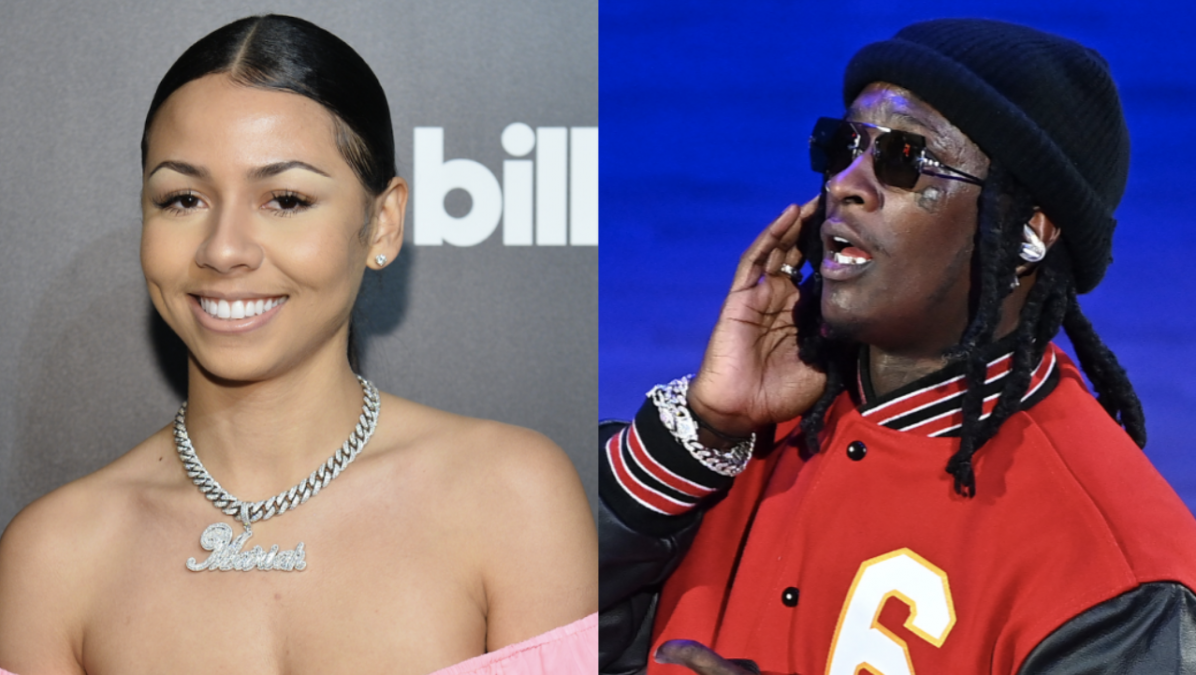 Atlanta, GA – Young Thug may have entered Ry Ry World. On Thursday night (November 18), Thugger was spotted hanging out with Mariah The Scientist while enjoying the Atlanta Falcons and New England Patriots game at Mercedes Benz Stadium, where the Falcons were throttled 25-0 in shutout fashion.

Young Thug and the 24-year-old R&B singer were caught on camera during the national broadcast, which naturally lead to speculation about the pair being an item. Both were rocking ski masks which could’ve been used as cover, but also made them stand out even more with the game being indoors.

The YSL boss accessorized with a pink puffy jacket and sunglasses.

Young Thug and Mariah the Scientist chill together at the Falcons vs. Patriots game. 💜 pic.twitter.com/zr5pe2y6vZ

This isn’t the first time Young Thug and Mariah The Scientist have been seen together, as they were photographed cozying up to each other at what looked to be a strip club party earlier this month.

Young Thug’s relationship with longtime girlfriend Jerrika Karlae came to an end in 2020. Karlae opened up to HotNewHipHop about their seven-year union and claims they were also engaged at one point.

Mariah The Scientist was rumored to be dating NBA player Brandon Goodwin earlier this year, but that looks to have ended as well. The “Reminders” singer saw her name dragged through the mud of social media after fans weren’t happy with her vocal performance during her Day N Vegas set last weekend.

Young Thug and Mariah The Scientist have also connected in the studio, with Thug appearing on Mariah’s “Walked In,” which landed on her RY RY WORLD project that arrived in July. Young Thug, meanwhile, released his Punk album in October, which debuted at No. 1 on the Billboard 200.

Check out more reactions to Young Thug and Mariah The Scientist’s NFL date below.

That was Mariah the Scientist at the game with Young Thug??pic.twitter.com/gKPAbEc8x0

Thug at the game with Mariah pic.twitter.com/P8bdpQgMsU