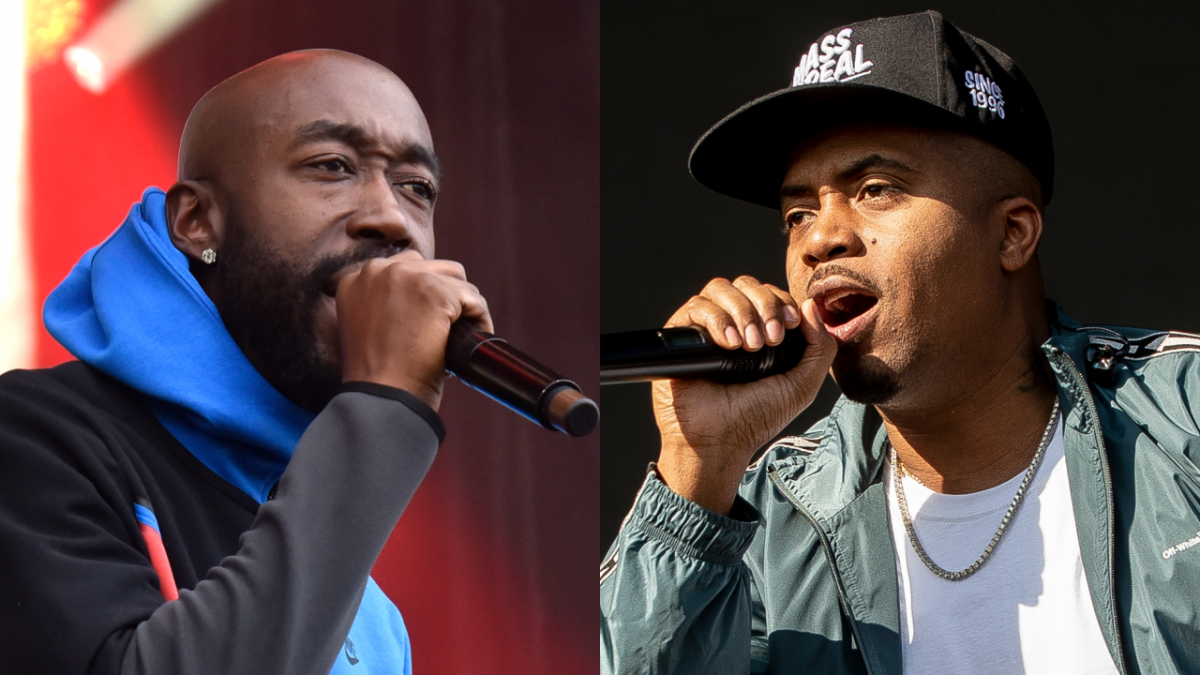 Freddie Gibbs admits his loss to Nas at the 2021 Grammy Awards ignited a competitive fire inside him toward the Queensbridge legend.

The conversation shifted to their favorite rappers around the 35-minute mark, with Freddie Gibbs naming Scarface, 2Pac and JAY-Z among his top three. When Face Mob mentioned Nas on his Mount Rushmore, the ESGN rapper revealed the “competitive spirit” he feels toward the 48-year-old rap icon following their Grammys showdown.

“I’ma keep it real with y’all n-ggas: I got a real competitive spirit against Nas right now,” he said. “He’s the measuring stick, he’s a legend, but that n-gga still wanna rap and shit — and I’m still rapping. He still wanna compete, be in categories and shit with a n-gga.”

Freddie Gibbs clarified he still has the utmost respect for Nas, but watching King’s Disease beat out Alfredo at the Grammys earlier this year only motivated him to go harder. Having said that, he still believes he should’ve taken home the award.

“I’m glad he won, he a legend, but I think that last year I had the best album, honestly,” he added. “I’m glad that he won that shit because immediately it made me go right back in the studio. Immediately. And that’s what I mean by that good-natured competition.”

That competitive fire wasn’t immediately apparent in Freddie Gibbs’ initial reaction to his loss to Nas. During a Grammys party in Los Angeles, which was attended by his Alfredo cohort The Alchemist among other friends and collaborators, Gangsta Gibbs took the L in comedic stride.

“Look, I might have lost today,” he said while rocking a salmon colored Alexander McQueen suit. “But I’m undefeated in court!”

Nas, meanwhile, was all smiles as he won his first Grammy of his almost 30-year career. He celebrated the achievement with his King’s Disease collaborator Hit-Boy; the pair reunited this past summer for a star-studded sequel.

Freddie Gibbs will no doubt be looking to claim Best Rap Album at the 2023 Grammys with his upcoming solo album SSS (short for Soul Sold Separately), which is due out next year.

Much to the delight of long-time Gibbs fans, Piñata and Bandana producer Madlib, Alfredo chef The Alchemist and Freddie contributor Kenny Beats will also reprise their roles behind the boards.

Damn I did forget @kennybeats I apologize sincerely sir 🤞🏿 https://t.co/CWWBNKyu8e