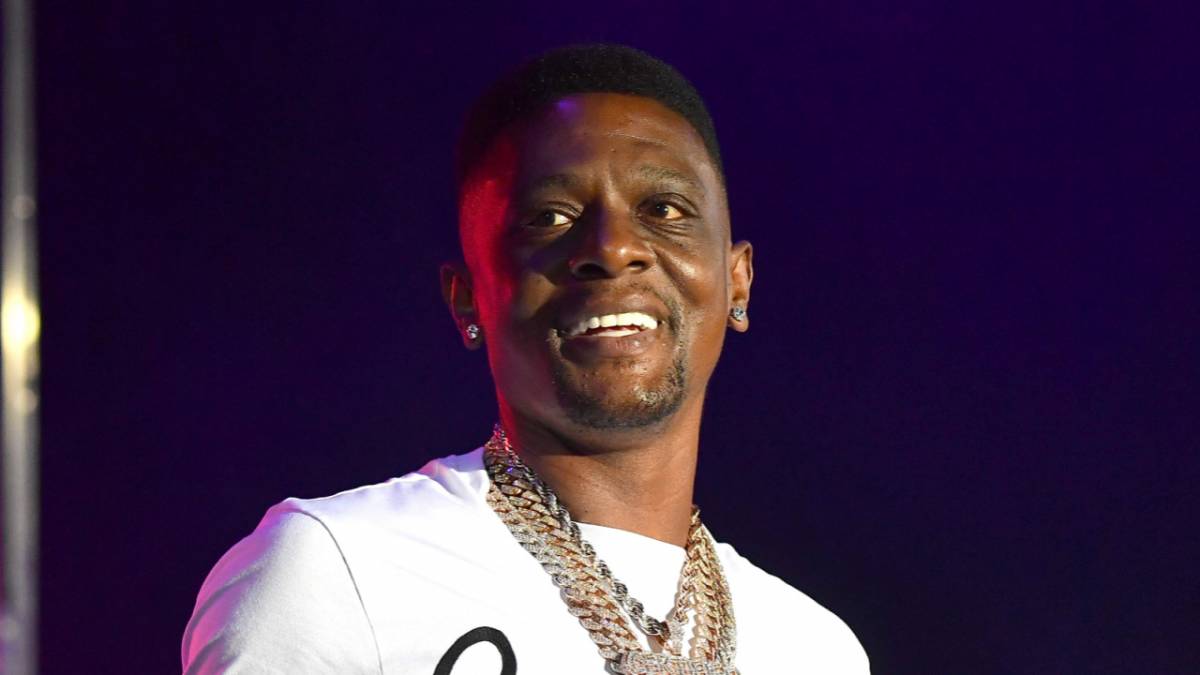 Boosie Badazz and Lil Nas X‘s back-and-forth heated up this week when the Baton Rouge rapper told the “Industry Baby” star to “commit suicide” in a homophobic Twitter tirade — all because Nas jokingly claimed he and Boosie have a collaboration on the way.

Boosie’s outrageous outburst even drew Lil Nas X’s father into the spat, who fired back by accusing the 38-year-old rapper of being a hypocrite.

“How the hell you’re a gangsta rapper promoting drugs, gun violence, degrading women and getting high every video talking about you’re for the kids man sit your old man looking ass down,” Nas’ dad wrote on Instagram. “The game has past you. We real Bankhead over here. Not like the guy who claims it.”

Boosie responded to Lil Nas X’s father by spewing yet more homophobia, tweeting, “DONT GET MAD AT ME CAUSE YOUR SON CAME OUT LIKE THAT LOL. I KNOW IT HURTS.”

Despite the widespread backlash Boosie Badazz has faced for his continued attacks on Lil Nas X, he isn’t without his supporters — and the latest person to join those ranks is unexpected, to say the least.

Bounce music pioneer and fellow Louisiana native Big Freedia weighed in on the topic during a brief chat with TMZ on Wednesday (October 27). Despite identifying as a gay man who uses the pronouns “she/her,” she refused to condemn Boosie for his blatant use of homophobic slurs.

Instead, Freedia believes Boosie’s beef lies with Lil Nas X rather than the gay community as a whole, highlighting the homosexual actors he cast in his recently released movie My Struggle.

“Listen, I don’t think Boosie is homophobic,” she said. “I just think he has a problem with Lil Nas. Boosie’s new movie My Struggle has lots of gay folks in there. He has a whole gay scene in jail where he has a lot of gay guys from Louisiana representing.”

When asked about Boosie’s loose use of the word “faggot,” she replied, “He was upset. I mean, when people get upset, they say whatever’s on their mind and on their heart.”

Big Freedia isn’t the only artist to weigh in on the back-and-forth between Boosie Badazz and Lil Nas X. Earlier this week, Azealia Banks dragged Boosie on Instagram for his homophobic attack, saying he “gets no extra street cred for antagonizing a young black kid for who he chooses to love.”

Banks also had harsh words for Dave Chappelle, who’s currently facing backlash from parts of the LGBTQ+ community over his latest Netflix special The Closer.

Boosie Badazz began his homophobic campaign against Lil Nas X in 2019 when he roasted the “Old Town Road” hitmaker for coming out as gay. “Well, now u know what he was riding on the Old Town Road,” Boosie quipped on Instagram.

Things really started to heat up this past summer during the fallout from DaBaby’s homophobic remarks at Rolling Loud Miami, when Boosie accused Lil Nas X of pushing homosexuality on children while claiming the media and music industry has double standards.

Since then, the pair have settled into an amusing pattern in which Lil Nas X gleefully trolls Boosie Badazz while Boosie gets irrationally angry at the mere thought of the MONTERO rapper.

Boosie telling Lil Nas X to kill himself is certainly the ugliest moment in their exchange so far, but it likely won’t be the last.