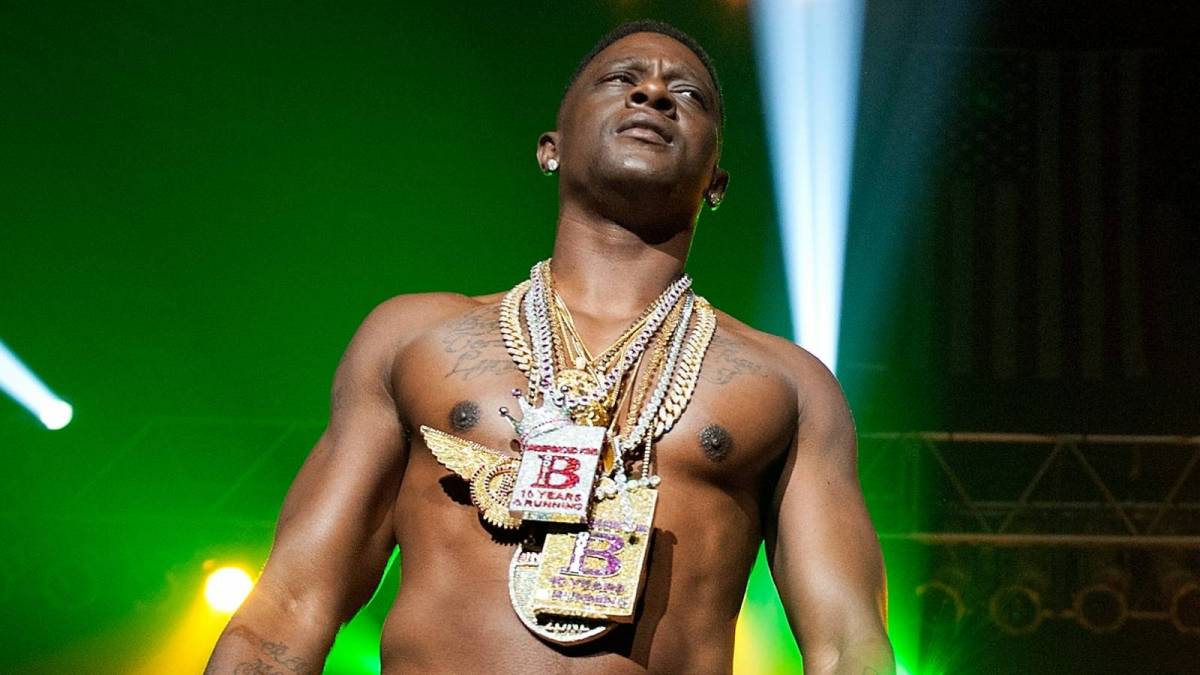 Boosie Badazz once again made himself a target when he unleashed on Lil Nas X over the weekend for an expert troll job.

On Saturday (October 23), the “Old Town Road” breakout star claimed he and Boosie had a collaboration on the way — and apparently, that didn’t sit right with the Baton Rouge native who promptly hurled homophobic slurs in the 22-year-old’s direction.

As Boosie experienced the inevitable blowback, he decided to address the online chatter on Sunday (October 24) with a Twitter post.

“IF YALL THINK THE WHOLE WORLD HATE ME ‘YALL TRIPPIN,'” he wrote.”I HAVE INTERNATIONAL LOVE N RESPECT FOR HOW I AM N WHAT I STAND FOR. n never forget THERES A GHETTO N EVERY CITY, STATE, COUNTRY ETC WHO ROCK WITH BOOSIE FRFR #therealest.”

Boosie Badazz has made his feelings toward Lil Nas X crystal clear over the past couple of years. It started innocently enough in July 2019, shortly after Lil Nas X revealed he was gay. Boosie replied to the news, “NOW U KNOW WHAT HE WAS RIDING ON THE OLD TOWN ROAD.”

But Boosie’s remarks have grown increasingly more angry since, and the collaboration claim seemed to be just the trigger he needed to go off.

“STOP TROLLING ME FAGGOT LOL,” he wrote in a since-deleted Twitter post. “U A WHILE BITCH PLAYING WITH A GANGSTA SMH U CAN KEEP SUCKING SICK N GETTING FUCKED IN YOUR ASS N PEACE N #uhateyourself I WOULD TOO IF I WAS YOU LOL NASx IF YOU YOU WOULD DO THIS WORD A HUGE FAVOR. NOBODY WANTS YOU HERE.”

Par for the course, reactions to Boosie’s tweets were mixed, with some siding with Boosie and others blasting him for his inflammatory commentary. Meanwhile, Lil Nas X stayed in character and replied to the uproar with comedy.

“I am truly saddened,” he wrote. “I have never have been so mortified in my life. I can’t believe Disney channel has yet to play Halloween town this entire October.”

i am truly saddened. i have never been so mortified in my life. i can’t believe disney channel has yet to play halloween town this entire october.