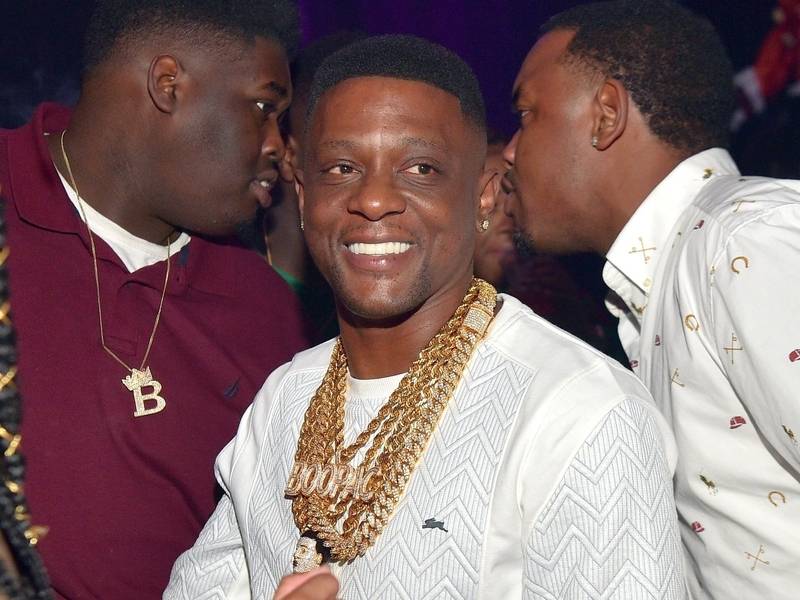 Lil Nas X chose the last day of Pride Month to speak on his sexuality. In a Twitter post, he thought he “made it obvious” he was gay. Par for the course, countless people weighed in on social media, including Boosie Badazz who roasted the 20-year-old “Old Town Road” sensation.

After Nas X revealed, “some of y’all already know, some of y’all don’t care, some of y’all not gone fwm no more. but before this month ends i want y’all to listen closely to c7osure,” Boosie replied, “NOW U KNOW WHAT HE WAS RIDING ON THE OLD TOWN ROAD.”

But rather than get the reaction he was likely looking for, Boosie found himself the target of ridicule and was promptly dragged on Twitter.

Several people chided him for his “ignorance,” while others didn’t find the joke remotely funny. Some also took aim at his music career and pointed out Nas X is currently exploding with popularity.

Boosie has made homophobic comments in the past. In February, he blamed the “dick” after the openly gay Jussie Smollett allegedly staged a hate-fueled attack.

First thing I saw was Boosie saying that Lil Nas X was talking about riding ? in his song……. Boosie still makes music? Y’all still buy/stream his work? His music, personality, and everything in between has been trash and y’all won’t take it to the curb.

boosie might not wanna worry bout what lil nas x is riding. worry bout why nobody bought your new music and you threw a hissy fit love. ?

So what Lil Nas x is gay, Boosie been making women dry hump their screens on Instagram live and no one has said a word.

Boosie has & will always be a piece of ?, just a few weeks ago he made fun of a fan's teeth that was showing him some love on his IG live . Big ups to @LilNasX for having the courage to reveal something so many people hold inside privately ??

Out of alllllll the things people in relationships do together, Boosie’s mind went straight to gay sex in reference to Lil Nas X coming out.. ummm… say it with me.. Boosie gay!

Lil Nas X counting money while boosie hates from outside the charts https://t.co/m33pgYdZYB