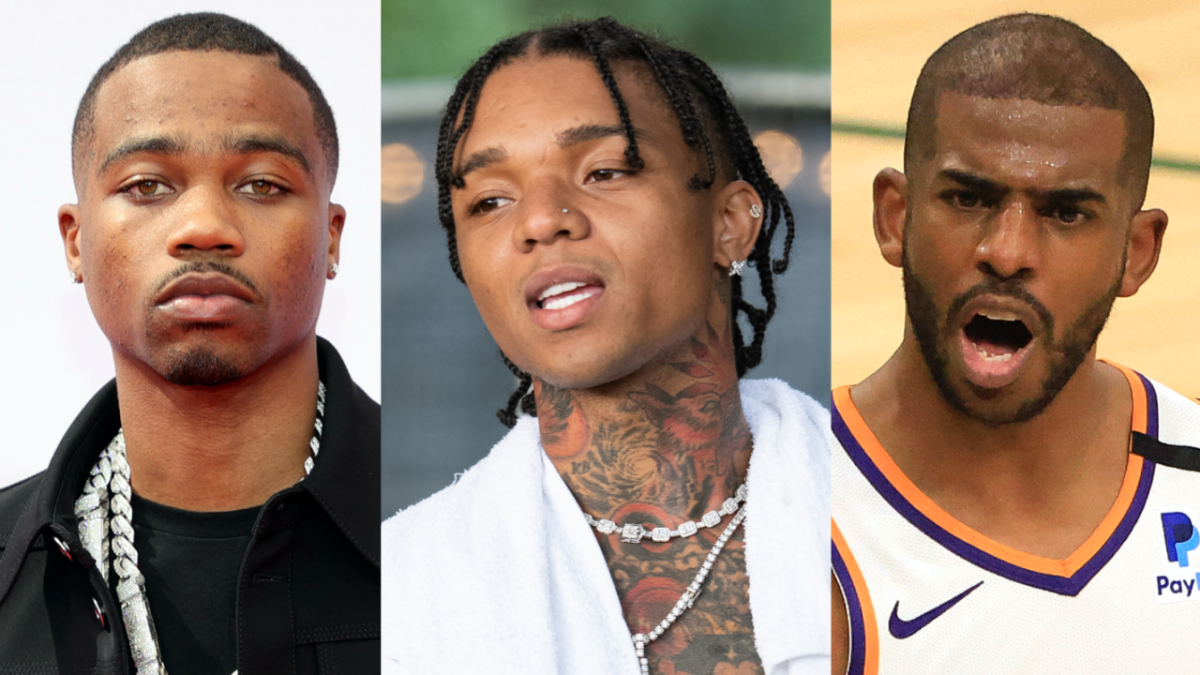 Roddy Ricch, Swae Lee and Chris Paul have been tapped to voice characters in an upcoming sneakerhead movie called Sneaks, according to Deadline. Singers Ella Mai and Macy Gray, along with Oscar-nominated actor Laurence Fishburne (Boyz n the Hood, The Matrix), are also set to star in the film, with Mustard serving as executive music producer.

The plot follows the story of a pair of misplaced sneakers that get lost in New York City and must find a way back to their “sole mates.” Roddy Ricch is described as playing a mysterious forger, with Swae Lee as a gifted young athlete, Chris Paul as himself, Ella Mai as a charming Oxford, Macy Gray as an elegant stiletto and Laurence Fishburne as an evil collector.

As well as his voice role, Fishburne is also on board to produce the movie. Rob Edwards will write the script and direct Sneaks in his feature debut.

Mustard said in a statement, “I really see the music in this film as a crucial part of the storytelling. As the first family animated feature film to be steeped in sneaker culture, I am honored to draw from my expertise as a producer and artist, and my love of sneakers, to create moments that really connect. The added bonus is that this is a film that I’ll be able to enjoy with my family and kids.”

Laurence Fishburne added, “Our film will illuminate and pay homage to the forever growing and popular sneaker culture that continues to inspire and be inspired by musicians, athletes and artists alike. And I’m thrilled by the cast and crew who have decided to join us on the journey.”