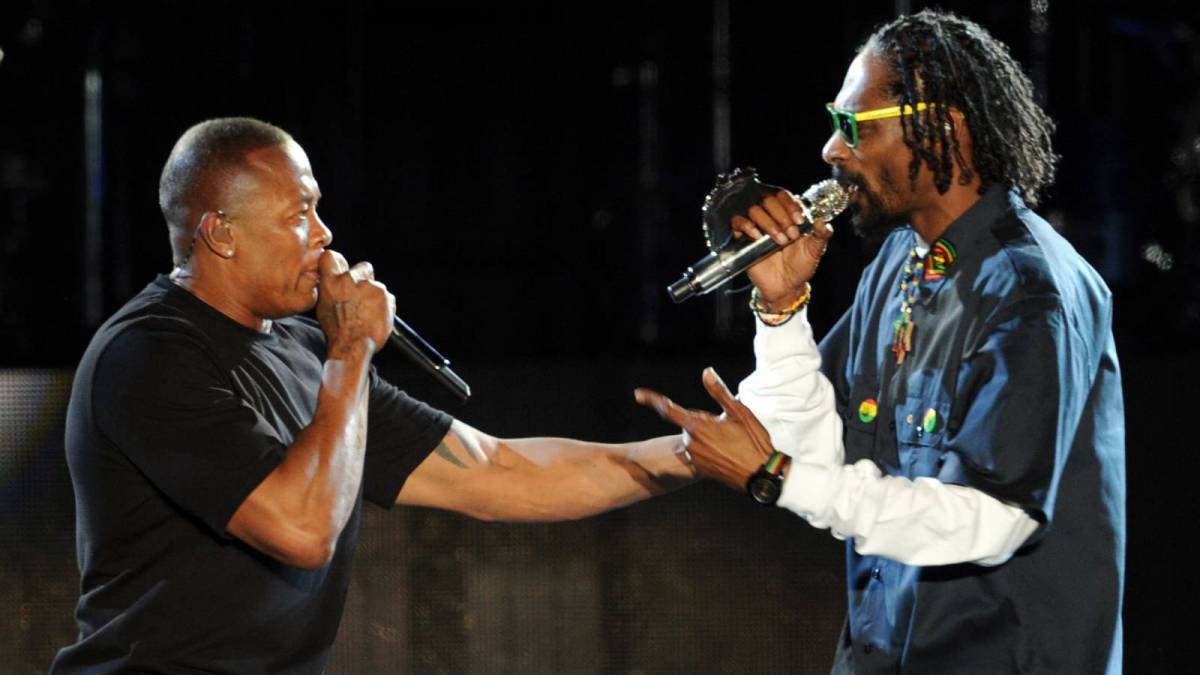 It’s no secret Dr. Dre is dealing with some intensely personal issues amid his ongoing and contentious divorce from Nicole Young. Their private business has been public fodder since Young first filed in June 2020, citing “irreconcilable differences.”

Just when it seemed like the split couldn’t get any uglier, Dr. Dre was served with divorce papers at his grandmother’s funeral on October 18. Sources close to Dr. Dre say he was approached as he was standing by his grandma’s casket, while sources connected to Young claim he was served in the cemetery’s parking lot following the burial.

The documents involved payment fees for Young’s attorney and the judge’s final order of $1,550,000. While Dre says he’s already covered the full amount, Young says he owes a further $1,224,567.

As all of this played out in the public spotlight, Dr. Dre’s longtime friend and collaborator Snoop Dogg couldn’t help but send the doctor some encouraging words. On Saturday (October 23), Dr. Dre shared an Instagram video of the D-O-Double-G attempting to uplift his fellow West Coast rap pioneer.

“Do what you do best and take that hurt, that anger, that pain and make magic,” Snoop says in the clip. “Make something beautiful out of it. That’s what you’re known for cuz. Ever since I was fuckin’ with you, before I was fuckin’ with you, you could always take pain, anger, frustration — anything that was negative and you could get something positive out of it. That’s why you the doctor.”

Snoop Dogg also reminded Dr. Dre he had Kendrick Lamar and Eminem in his corner, too. On February 13, they will all descend on the SoFi Stadium in Inglewood, California to perform during the Super Bowl LVI Pepsi halftime show alongside Mary J. Blige.

“They say Snoop Dogg is an icon, he’s a God, he’s a king, but there’s one n-gga that I honor, and that’s you,” he continued. “So you get your shit right and focus on being great. Take all that negative energy, all that shit that you dealing with — the death, the fucking lawsuits, all that shit — put it all in your mind and your spirit and make something magical, n-gga ’cause we with you. You got your soldiers with you. You got me, Em, Kendrick. We with you cuz. Let’s go.”

Snoop Dogg, who turned 50 on October 20, is allegedly kicking off what’s been dubbed as the “Aftermath Takeover” on November 12 when he drops his next album and first under his new executive role at Def Jam Recordings, Snoop Dogg Presents: The Algorithm.

On October 12, DJ Battlecat shared a meme to his Instagram account clearly teasing a potential timeline for the “Aftermath Takeover,” which will supposedly also include the nearly mythical Dr. Dre album sometime in December.

“P.S.A FROM twitter hmm,” he wrote in the caption. “YIKES. JUST HIT THE PRESS FROM TWITTER POST. THOUGHT I GIVE YOU WEST COAST HATTERS A GLOBAL WARNING THE ROOF IS ON FIRE. MF LOL SHOW TIME. DONT QUOTE ME IT JUST SOUND SO GOOD TO ME LOL.”