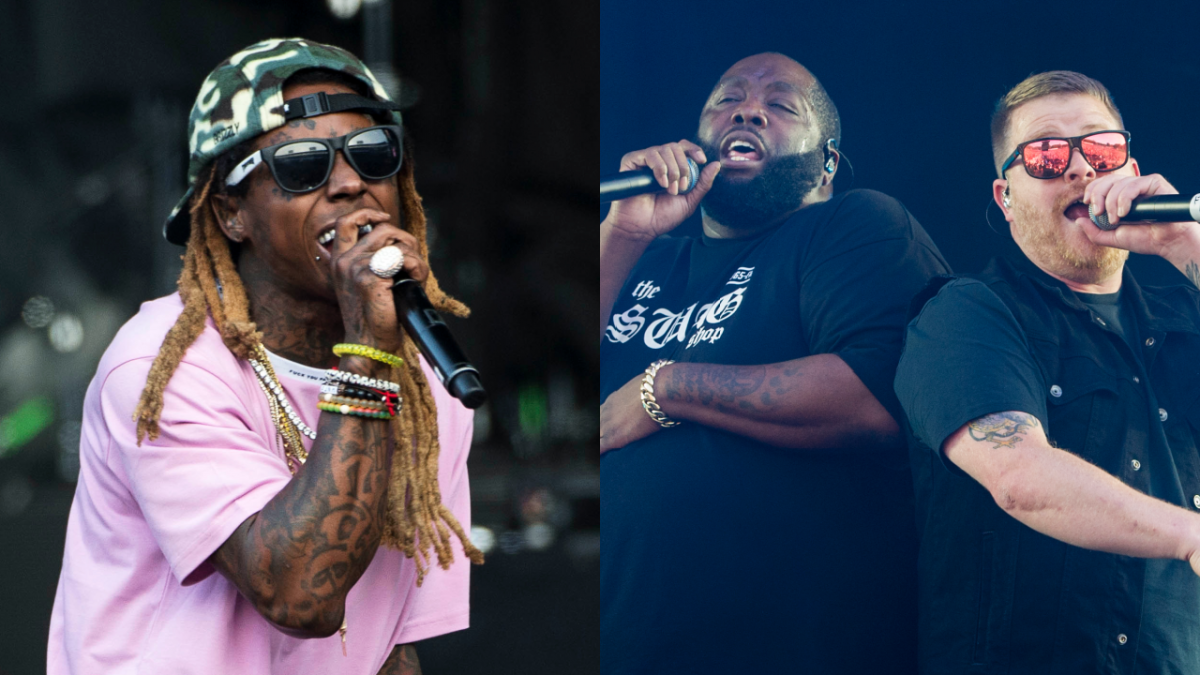 Lil Wayne has been on a tear this year, echoing his legendary mixtape run in the mid to late 2000s. From DaBaby’s “Lonely” and Moneybagg Yo’s “Wockesha (Remix)” to cameos on Drake’s Certified Lover Boy, Tyler, The Creator’s CALL ME IF YOU GET LOST and Westside Gunn’s Hitler Wears Hermes 8: Sincerely Adolf, Weezy F. Baby has been stealing the spotlight with seemingly every guest turn.

The Young Money rapper keeps his hot streak going as he joins forces with Run The Jewels on their new “Ooh LA LA” remix. As if the original track didn’t pack enough of a punch, the ’90s Hip Hop-inspired banger — which features the legendary Greg Nice and DJ Premier — now boasts a standout verse from Lil Wayne.

Kicking off the track, Lil Wayne opens his verse by adopting a patois-inflected flow before skating over El-P’s bombastic production, dropping references to Buju Banton, DJ Premier, Super Mario Bros. and the medulla oblongata along the way.

“Hair trigger softer than a pillow fight/No computer but this Mac got more shots than gigabytes/Bigger T, bigger bite, bigger holes in the wall/Money tall, ego small, blunt is long as a log, mask is off,” he raps.

The “Ooh LA LA” remix comes complete with amazing E.T.-inspired artwork, depicting Lil Wayne (who once declared I Am Not a Human Being) as the basket-riding extraterrestrial while Killer Mike and El-P double up as Elliott Taylor in red hoodies.

Run The Jewels and Lil Wayne’s collaboration comes courtesy of the newly-released Run The Jewels 4 deluxe, which also features a What So Not remix of “JU$T,” a new version of “The Ground Below” with rock band Royal Blood and Killer Mike and El-P’s Cyberpunk 2077 soundtrack cut “No Save Point.” The deluxe set also includes instrumental versions of Run The Jewels 4‘s original tracks.

Stream the Run The Jewels 4 deluxe edition below.