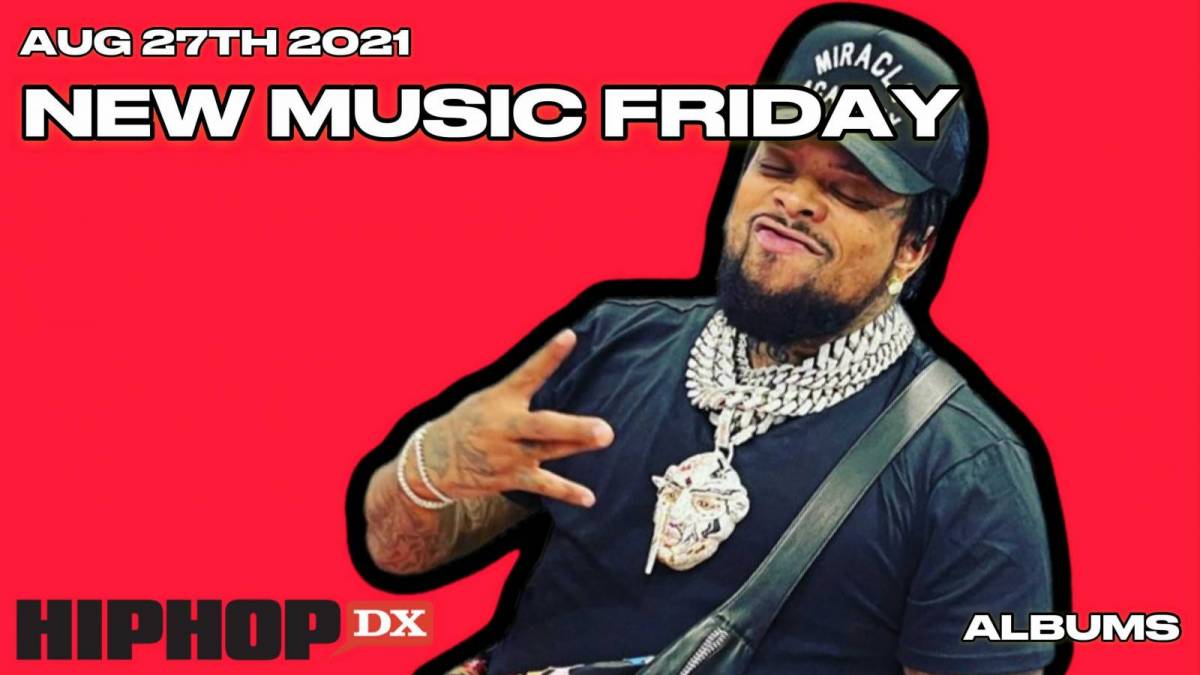 The unpredictability of Kanye West has actually become quite predictable. As you’ve surely guessed, Donda, the highly anticipated album from Ye hasn’t yet dropped and is now slated for September 3, though if that means September 3, 2021 or September 3, 2030 remains unclear.

Nevertheless, this New Music Friday is flush with albums to soundtrack your weekend.

Belly starts this week off strong with the release of See You Next Wednesday, ripe with features from The Weeknd, Young Thug and more. Westside Gunn follows-up the Griselda releases of Boldy James and Benny The Butcher with Hitler Wears Hermes 8, while OhGeesy dropped his debut solo album, GEEZYWORLD.

There’s more new projects from the likes of G Perico, 2021 HipHopDX Rising Star 42 Dugg and more, so keep reading for the complete coverage of albums released on the week ending on Friday (August 27), below.

Belly – See You Next Wednesday

Canada (by way of Palestine) rapper Belly has already proven himself as a hit-maker and feature-killer through nearly two decades worth of music. Beginning with 2015’s Up For Days, Belly went on a three-year prolific run, steadily releasing singles and albums on the Roc Nation label before going ghost, rescinding from rap’s spotlight.

But 2021 brought the revival of Belly as he geared-up to release See You Next Wednesday, his first album in three years. As it turns out, “Better Believe,” the lead single from See You Next Wednesday, was a good taste for what was to come. Dripping with chart-ready pop crossovers, Belly’s latest is an excellent and welcome return to the genre for the XO Records artist.

The Griselda team remains one go the most prolific groups in Hip Hop. Between its core members (Westside Gunn, Benny The Butcher, Conway The Machine) and its longer list of affiliates (Boldy James, Mach-Hommy, amongst many more), the group has been a key foundation of New Music Friday releases for going on three years. Some time has passed since the release of Gunn’s critically acclaimed Pray For Paris, and although he also released WHO MADE THE SUNSHINE and Flygod Is An Awesome God 2 in 2020, there’s still plenty of reasons to be excited for the release of Hitler Wears Hermes 8: Sincerely, Adolf, Fly God’s latest offering.

HWH8 has all the fixtures of a typical Westside Gunn album: brazen adlibs, gritty production and ambitious, art-focused raps. Since Griselda’s now infamous WWCD, everyone in Hip Hop has been watching the buffalo trio to see what’s next. Now, with a hefty discography of solo albums released, is a group Griselda project on its way?

Curren$y’s nothing if not prolific. He drops albums on a dime and unleashes bars with the speed of a Tommy Gun. Luckily, the Jet Life rapper is one of the game’s most consistent MC, as is apparent on his latest offering, Highest In Charge. Like usual, Curren$y sounds like he’s rapping through a room of thick smoke, his unique voice crimping at the end of sentences, devolving into a slight crack. There’s few rappers left like Curren$y, true mixtape MCs from the Blog era whom revel in mixtapes and Lo-Fi, Boom-Bap reminiscent beats, so each of his release is a welcome joy.

Highest In Charge, which includes ten tracks across a 24-minute listen, was produced entirely by Trauma Tone, the producer known for his work with YNW Melly, YoungBoy Never Broke Again and Yo Gotti, amongst many more. Trap beats and flowing bars span the project, making the case that sometimes simplicity is the best solution.

Lil Tecca – We Love You Tecca 2

Lil Tecca raps with an infectious jubilance only possible with youth. The former braces-clad Internet Money affiliate now has three full-length albums under his belt at the age of nineteen, and it appears he’s just getting started. The follow-up to his 2019 introductory mixtape, We Love You Tecca 2 is now available. Spanning twenty tracks, WLYT2 includes a cast of guest features from Gunna and Iann Dior to Chief Keef and Lil Yachty.

Tecca’s bubbling raps have always straddled the line between Hip Hop and pop, finding catchy melodies throughout Internet Money producers Nick Mira’s and Taz Taylor’s digital orchestra. One of the acts which came in the trailing ends of the original SoundCloud era, Lil Tecca’s We Love You Tecca 2 proves yet again that he’s much more than a stereotype.

OhGeesy, one of the original members of cult Los Angeles rap group Shoreline Mafia, has just released his debut solo project GEEZYWORLD. Following the birth of his son, Geesy decided to make some life changes. He opted for a healthier lifestyle and got sober, deciding to spend more time in the studio, and less time in the club. He also distanced himself from his original group and stepped into his own lane. Of course, there’s no bad blood amongst the SM members, but after dedicating the better part of a decade to then group’s success, it was only right that he prioritize himself.

GEEZYWORLD is full of the SoCal-centric sounds the “Perc Popper” MC originally became known for, but his commitment to his own wellbeing has clearly elevated his craft. With features from DaBaby, A Boogie Wit Da Hoodie and YG (not to mention a fun verse from Moe Faygoo), Geesy’s latest is on par with the best work he’s released in his career thus far. 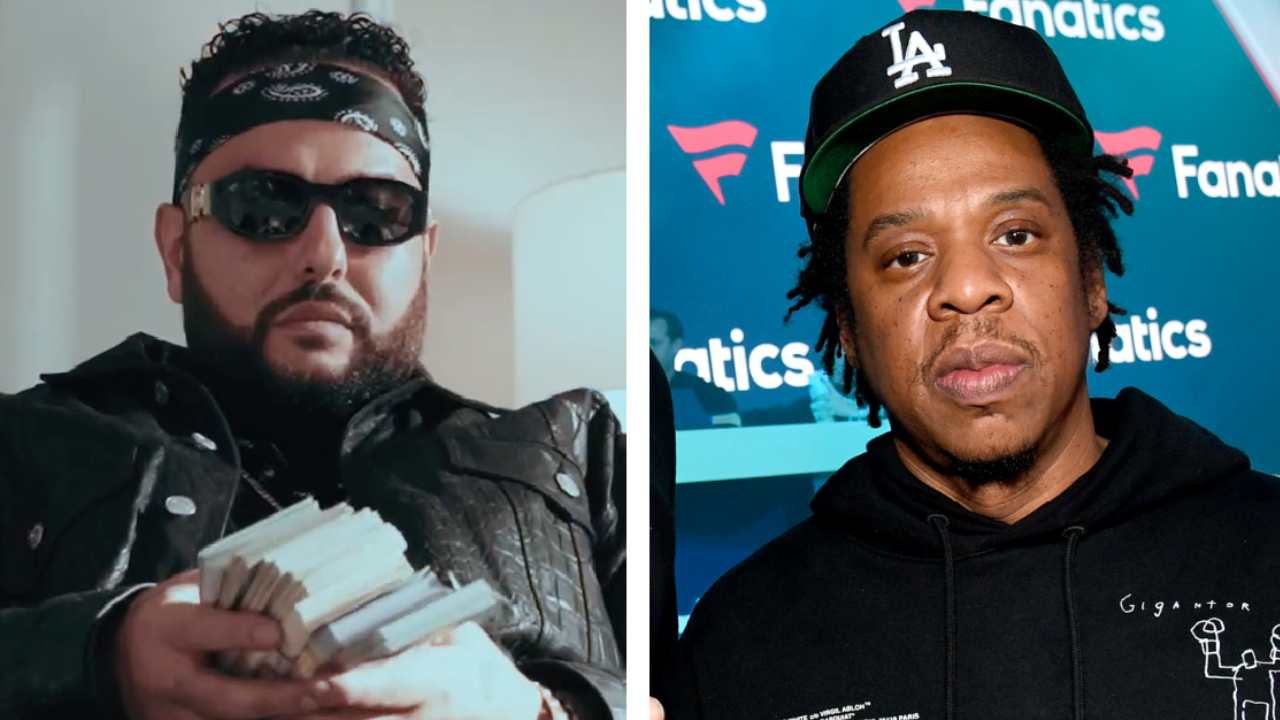 When 2021 started, Los Angeles rapper G Perico set out on a lofty mission to release twenty-one separate projects in the span of the year. As August comes to a close, Play 2 Win, Perico’s seventh release of the year, is now available, setting the 33-year-old rapper on pace to hit his mark, albeit a bit behind schedule. Perico first gain notoriety with the releases of 2016’s Shit Don’t Stop and the following year’s All Blue. The “Keep Killin” rapper’s 2021 releases have been largely hit or miss, but Play 2 Win sounds complete and focused, making for his best drop of the year thus far.

03 Greedo, coming fresh off a stellar mixtape in 03 Inna Key, makes for the best feature on Play 2 Win, but with Bluebucks Clan and the show-stopping Remble also making appearances, the project doesn’t hold any skips.

Earlier this month, Flee Lord and Roc Marciano released “Trim The Fat” with a feature from Stove God Cooks, and now the gritty rappers are back with Delgado, their eleven-track full-length album. Produced in entirety by Marci, Delgado is a meeting of two of Hip Hop’s most rugged underground acts. Marci, whom produces with the clear influence of Wu-Tang Clan producer/MC RZA’s DIY rawness, is in his element on Delgado, stacking chopped samples atop earth-shattering kick drums.

Flee Lord, known for tracks such as “Conflicted” and “Past The Curb” featuring Imanii Skyy, has found himself onto a number of important projects in the past year, from Conway The Machine’s From King To A GOD and Westside Gunn’s WHO MADE THE SUNSHINE, and now he’s receiving his biggest look yet with Delgado.

Jackboy had an excellent 2020, releasing three albums in Jackboy, Living In History and Love Me While I’m Here. He upped his exposure, entered the broader conversation of mainstream Hip Hop and amassed a few notable features, including his work on SpottemGottem’s “Blick-A-Thon” and Money Man’s “Risky.” Unfortunately for the Florida rapper, all that seems to be spoken about his his falling out with Sniper Gang Boss Kodak Black.

In a series of now-infamous videos, Kodak Black threw money into the ocean and flushed it down the toilet in one of the most brazen, irresponsible and crude displays of wealth in recent rap history. Jackboy, on the other hand, kept his cool, and now is reaping the benefits on Jackboy 2, his first full-length project of the year. Money Man and Plies are both featured on Jackboy 2, as the “Pressure” MC attempts to navigate rap’s landscape without Kodak’s mentorship.