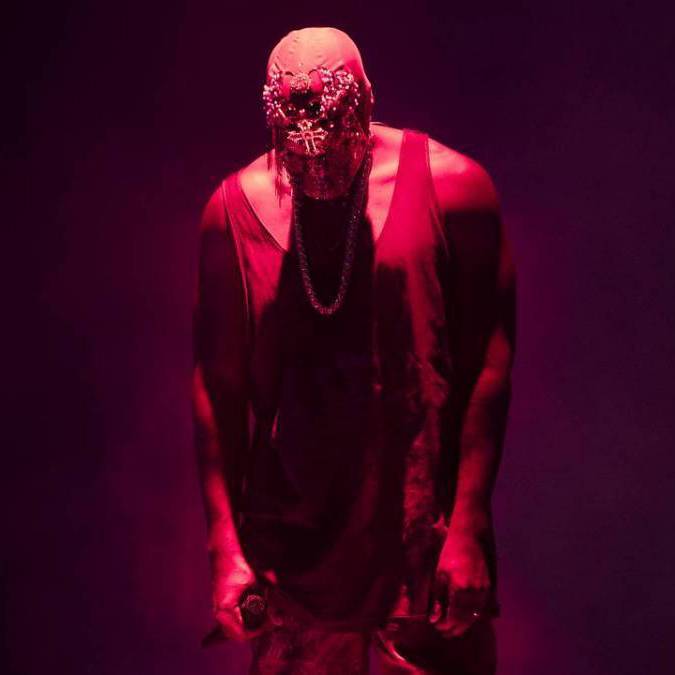 Kanye West’s reckoning with himself began on November 10, 2007. Donda West, his mother and manager, died suddenly in her home a day after undergoing plastic surgery. Her cause of death was never fully determined due to an inconclusive autopsy report.

Left without anything concrete to blame for his mother’s death, Kanye instead shouldered the burden of grief by holding himself responsible for her indulgence in the Hollywood lifestyle. “If I had never moved to L.A., she’d be alive… I don’t want to go far into it because it will bring me to tears,” he told Q magazine. This self-imposed weight would haunt him going forward.

Whether it was the somber tone and existential crisis of 808’s & Heartbreak, released a year after the untimely passing of Ms. West, or the chaotic unhinged nature of 2013’s Yeezus, the reality of her death loomed large over anything Kanye released. He explored vices and sought support from others to try and get over his loss: narcissism, meaningless sex, fan admiration, performance art, medication and, most recently, a full embrace of his faith.

And yet, the wound never closed: his reputation spiraled, the women left, the fans got bored, the performance art became meme worthy, the medication supposedly inhibited his creativity and his faith continued to be tested, mostly due to his own mistakes.

Fourteen years after his life was forever changed, he seems to finally be ready to own his grief and self-condemnation.

But Ye’s public bid to heal comes at a tumultuous time in his life: public opinion has soured on him due to anti-Black statements about “slavery being a choice” and aligning with former president Donald Trump. His personal life also fell into shambles, losing friends like JAY-Z because of his political views and his wife Kim Kardashian, who filed for divorce in February. Furthermore, both his past solo projects — ye and Jesus Is King— received lukewarm reception, the latter feeling like Kanye trying to appeal to Black Christians without acknowledging his hurtful actions.

Luckily for him, Kanye’s strategy of arena album listening parties of unfinished material and turning fans into unpaid executive producers for his album Donda, seems to have worked. The first listening session in Las Vegas may have been panned, but the second one in Atlanta saw several improvements and put Kanye back in the good graces of some, despite the release date continuing to be pushed back as if Kanye is the boy who cried album.

No one knows for sure when, or if, Donda will see the light of day, leading fans to record the listening sessions, break up the tracks, convert them to mp3 files and upload them to mega drives across the internet. That’s how the Donda leak has surfaced, a 23-track odyssey of semi-finished material effectively proving Kanye West isn’t going anywhere.

The leak begins with (the unofficially titled) “Donda,” Kanye’s mother — taken from an excerpt of a presentation where she celebrated poet Gwendolyn Brooks’ life and work — talks about instilling self-confidence in Kanye, speaking with a commanding bravado which makes it easy to see why her death left a void. Pusha T and Kanye then trade bars about Kanye’s souring public perception and desire to keep it real regardless if it’s considered unpopular.

“Was a hero after Katrina but the levee went dry,” Push raps, referencing Kanye’s George Bush comment on a telethon for Hurricane Katrina relief in 2005, potentially his peak of public approval.

But then things get confusing on the Baby Keem and Travis Scott-led “Praise God/Into The Night,” where their verses have no connection to Kanye’s overlying theme of grief, guilt and forgiveness. That’s one thing perplexing about the Donda leak, many of the songs don’t seem to connect to Kanye’s plight, mostly because the featured artists are positioned so prominently over him. But this quick questioning is forgiven because the guests deliver marquee performances supported by glorious and atmospheric production.

Baby Keem goes off on his verse with more fluidity in his flow than ever before. Fivio Foreign becomes one of the few rappers who can overpower Playboi Carti on “Off The Grid,” which will have the listener begging for Carti to get yanked away so they can hear Fivio torch through his verse, balancing flexing and inspiration with sorrow and introspection.

Some of Kanye’s features feel purposeful. Where so many rap albums seem to shoe in flashy guests just to fill a quota to get the Spotify streaming farms in Montana to put them on RapCaviar — Kanye has a vision. Including crooners and melodic rappers such as Kid Cudi, Roddy Ricch, Vory, Lil Durk, Ty Dolla $ign and Don Toliver allows the ethereal production to flourish. They all possess the emotive singing needed to make the album feel like it’s coming from a celestial great beyond.

Despite this praise, there are songs such as the 11-minute the LOX and Jay Electronica-featured “Jesus Lord,” which feel directly manipulative. Kanye opens the cut making a bid for sympathy and speaking on people not seeing his good deeds, then tries to tell a poignant story about generational trauma, only to underscore the problem by shoehorning Jesus in to fix cyclical violence. But that pales in comparison to putting Larry Hoover’s son on the lengthy outro to speak about Kanye trying to help Hoover Sr. out of jail. Despite some moments that seem genuine, like when he talks about the hurt he felt seeing his cousin get locked up, the track plays like Kanye trying to get people to feel bad for him, and frankly, that’s up to the listener — not Kanye.

The weak points in the Donda leak come when Ye isn’t supported by a boosting feature or production beautiful enough to distract from his weak bars. Kanye is the faulty part of this album, his bars for the most part are pedestrian and unspectacular outside of the hooks and the obligatory “yep, Kanye really just said that” moments.

“Lord I Need You” is filled with cringe lines (“We used to do the freak like seven days a week/ It’s the best collab since Taco Bell and KFC”), off-key singing and feels like a throwaway from Jesus Is King. “I Know God Breathed On This” sounds like the EDM Christian kids play at bible camp.

However, sometimes Kanye by himself works. “New Again” opens with a call for a new standard for texting and continues with Kanye asking forgiveness from God for his future sins. It’s a self-aware moment for Kanye where he seems to grasp the concept of being imperfect despite his high self-worth.

“Never Abandon Your Family” tugs at the heart strings despite feeling a bit manipulative and like a therapy session that should’ve remained private. Kanye’s devastation about his divorce, underscored by Donda West’s echoing sentiment about never abandoning your family, is a genuinely heartbreaking moment. Despite the tumultuous nature of his marriage with Kardashian, Kanye’s breakdown sounds authentic and real, further pushed when the context of how much family he’s lost becomes apparent. 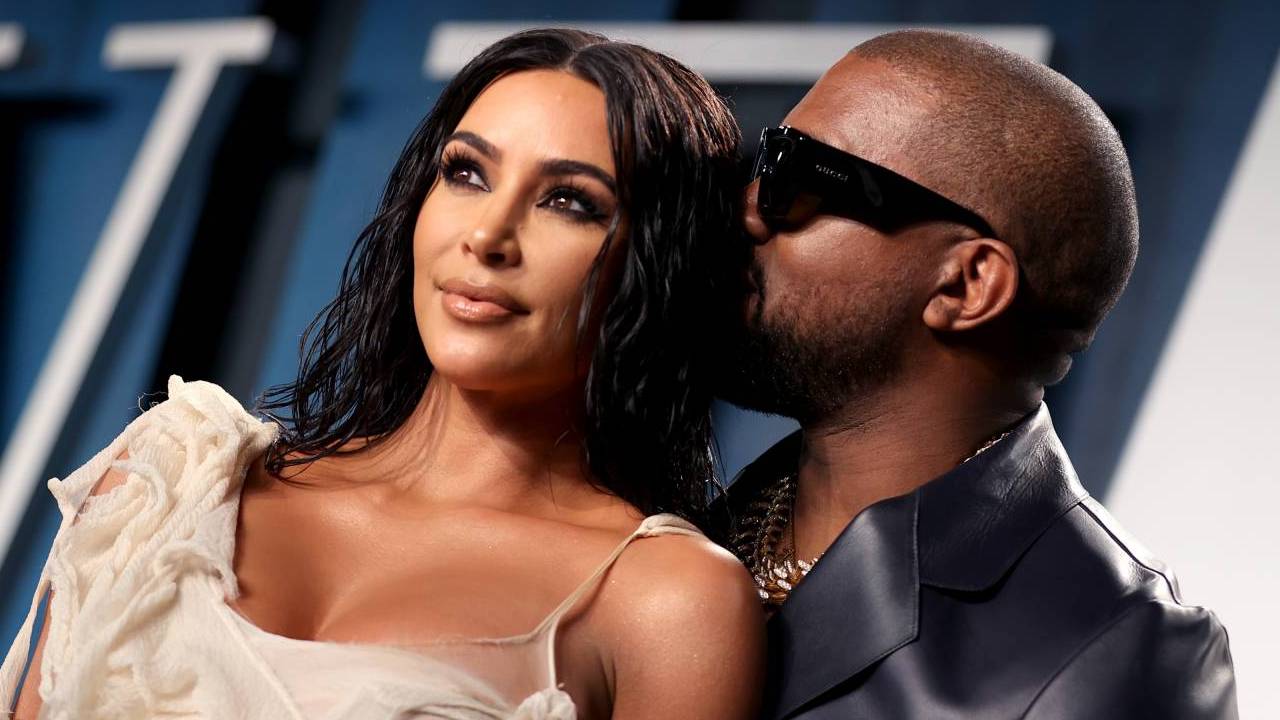 The transcendent moments on the Donda leak come when Kanye, the guests and production work in lockstep. “24 Hours/We’re Gonna Be OK” features some of Kanye’s best singing ever and is a beautiful song about getting through one’s trials, backed by a soaring chorus from the Sunday Service Choir and Vory.

“Jail” may have grabbed the headlines with JAY-Z’s return and his tease of Watch The Throne 2, but as a song it’s quite epic. The distorted guitars layered over higher pitched guitar riffs and Kanye’s Auto-Tuned singing creates a surreal and intoxicating experience, pushed further by Hov’s solid verse about moving past Kanye’s former MAGA affiliation to be there for his friend, though making sure he stays away from the red caps for good.

While admittedly it doesn’t sound fully sequenced or finished, the Donda leak is a beautiful exploration into Kanye’s healing process. Not every track connects but when they do, it paints a portrait of a man ready to let go of his hurt and accept the complicated tragedy of his mother’s passing. Through this acceptance and his faith, Kanye attempts to find solace, though it’s unclear if he ever does.

Whereas Jesus Is King sounded like a rapper trying to cosplay as the voice for Jesus Christ, the Donda leak feels like a troubled man accepting he’s not a god but merely an imperfect human. There’s no solution for Kanye, left alone only with his faith to pick up the pieces of his fractured personal life.

If fans were looking for an apology letter or an acknowledgement of wrongdoing, that isn’t present here. And of course skepticism can be raised about his intentions since he’s using an album rollout to sell something again.

Embracing the path of the flawed artist such as his idols Michael Jackson and Prince, Kanye will always be Kanye. But at least the music is decent again.

Check back with HipHopDX for the official Donda review when Kanye unleashes it unto the world.

my top five favorite features from the donda live album

Me checcin for #DONDA on Apple Music this morning just to be disappointed pic.twitter.com/yLg4cDzV2c

Donda looking down at Kanye after him capping so many times on her name: pic.twitter.com/x8vLpgN3ER