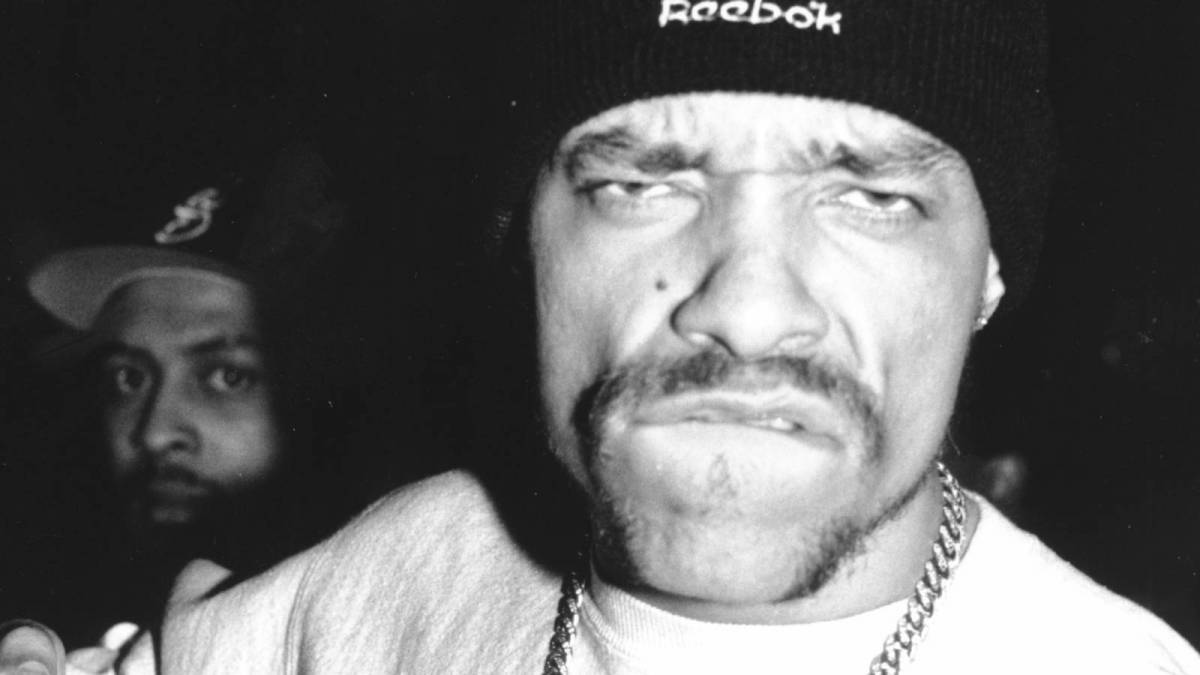 Ice-T was in the middle of shooting an episode of Law & Order: Special Victims Unit when his name became a trending Twitter topic on Thursday night (September 15).

Someone who evidently isn’t entirely familiar with the Hip Hop trailblazer’s catalog tweeted, “Ice T really had zero joints but he’s still a hip hop legend. That’s amazing. Dude is an overall 48 player rating, yet he found the hall of fame,” causing a cascade of responses.

Journalist Tariq Nasheed chimed in, “Dude…Ice T had to face attacks from high ranking officials in the US government to help make it possible for rappers today to speak freely on records. These new ninjas are something else.”

Dude…Ice T had to face attacks from high ranking officials in the US government to help make it possible for rappers today to speak freely on records.

These new ninjas are something else https://t.co/vSpoA3KrY9

But Ice-T had no idea his name was momentarily the topic of discussion on the massive social media platform. When reached for comment, he initially told HipHopDX, “What? I have no idea what happened.”

Once Ice was briefed on the situation, he had a few words for the person who sparked the onslaught of rebuttals.

“I had no idea what happened,” he continued. “But if you’ve played the game right, your fans will always hold you down when some clown ass tries to diss on the low. I may not be in anybody’s Top 5, but I’ve taken Hip Hop for a ride I hope others get to enjoy. Thanks to all that fuck with me.”

The track features arguably one of the most memorable opening lines for a rap song ever with, “6’n the morning’ police at my door/Fresh adidas squeak across the bathroom floor.”

A year later, Ice-T followed up with Power, which included now-classic songs “I’m Your Pusher” and “High Rollers.”

In an interview with HipHopDX last May, Ice-T talked about what made his fourth studio album so impactful.

“The first two or three albums I did, there was no N.W.A,” he said. “So N.W.A hadn’t hit. The term gangster rap wasn’t even out. The press called it ‘gangster rap’ because Cube said, ‘Well, I’m from a gang called niggas with attitude.’ He didn’t say I’m from a group. The press coined us gangster rappers, and this was me claiming the throne. This was me saying, ‘Well, if this is gangster rap, well I’m the original gangster.’

“I was kind of flexing myself. Not that I was against the N.W.A. I was happy for N.W.A., but I wanted to stake my claim. It was very interesting. I was just looking at a photo on Twitter last week, and this guy was making paintings of saints and he had Snoop as the LBC [Long Beach] saint, Cube as a Compton saint and me as South Central saint.

He added, “It’s true that I represented South Central, not Compton or Long Beach. These are three different places.”

Since then, Ice-T has become a successful actor and entrepreneur while fronting the Grammy Award-winning metal band Body Count. Those who are up on Ice-T’s undeniable contributions to Hip Hop culture quickly came to his defense.

You wild for this one! He never had a commercial hit but he had some joints:

And the irony is Colors was a commercial hit. So was the New Jack Theme. Man had a platinum album (Power) and gold records before having a steady hip-hop career was even taken a reality beyond a few acts.

This is disgraceful to the 614 — the streets I banged @FINALLEVEL’s music ??‍♂️

The first real big name gangster rapper. Dude was basically a decade ahead of his time. Also one of the greatest and one of, if not the first, to start using heavy metal in his hip hop. It’s not for everyone but I love that shit.

It's okay to say you prefer one artist over another, but to deny the man's status just because YOU aren't knowledgeable of his accomplishments or aware of his work is just plain asinine.

Nah he’s got plenty of joints, he can still churn out some hard hitting music too. I’m not looking for hit records with guys like Ice I’m looking for some real West Coast shit.https://t.co/vwTWRxjbmL

He has classic albums, that was a foolish observation on your part pic.twitter.com/3EvI17KtCN