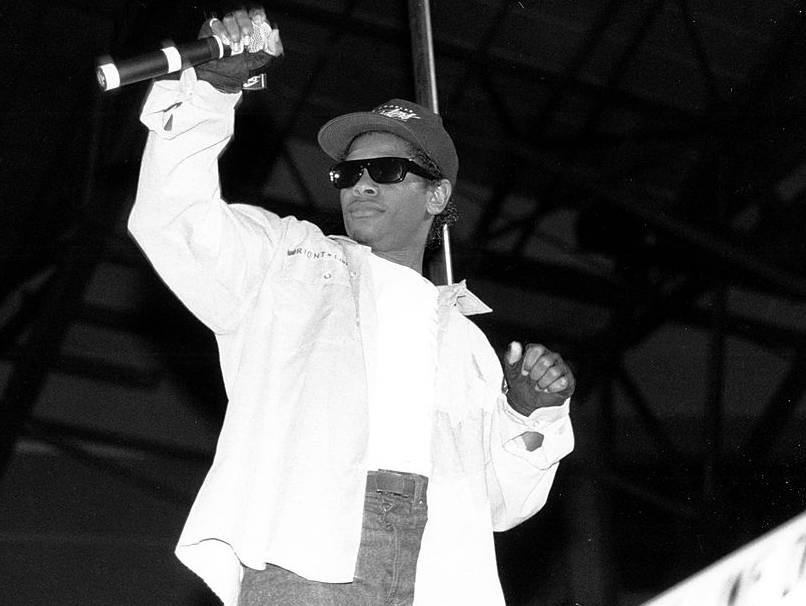 Throughout his life, Eazy-E didn’t just embrace the role of the underdog — he relished it. As a founding member of N.W.A, he helped himself and his Compton hometown flourish despite no radio airplay and strong opposition from the F.B.I.

And when Ice Cube and Dr. Dre switched from group mates to foes, the soonly anointed “Godfather of Gangsta Rap,” persevered with some help from another underdog.

Gangsta Dresta spent five years of his adolescence in the California juvenile justice system, which turned out, had a media program. Dresta, whose real name is Andre Wicker, learned music and video production around the same time Hip Hop was becoming a fixture in popular culture.

Dresta had a connection to Eazy who, as fate would have it, was in need of someone with a magic pen.

“The relationship with us was predestined, Dresta recalls to HipHopDX in an exclusive conversation. “I was in Youth Authority for about five years, and I knew Eric before I went in. Me and his sister went to Roosevelt junior high school together. My mother was in prison, so I lived with my aunt one street over from Eazy’s mother’s house. They lived on Muriel I lived on Caress at the time. Throughout my time at Youth Authority I was building my reputation up as a writer and MC. I used to record songs, mixtapes, I helped create a media production program where they allowed us to learn how to record music and film. I was actually on the front page of the Los Angeles Times for that. I would make songs about the neighborhood so a lot of people already knew me from that. I’m really one of the first dudes in Compton that was doing mixtape songs, like 1986-1987,” he added.

Dresta had a reputation for being able to write rhymes. In a perfect piece of timing, he along with his brother B.G. Knocc Out caught the attention of Eazy-E, who had just taken a gut punch from Dr. Dre and Snoop Dogg in the form of their Chronic diss track “Fuck Wit Dre Day (And Everybody’s Celebratin’)” Once again the underdog, Eazy needed to hit back and at the very last minute, Dresta came through for him in the clutch.

“A lot of people don’t know, It’s On Dr. Dre was already being pressed as I wrote ‘Real Compton City G’s,’ (a.k.a. ‘Real Muthaphuckkin G’s’), so once that song was done, the album stopped being pressed and we made that the first single. That’s how big it was,” Dresta remembered. “It brought a lot of inspiration to people all over the world who were seeing the direction of Death Row’s involvement in trying to sabotage Eazy-E’s career. And it wasn’t just them, it goes back to Ice Cube’s ‘No Vaseline,’ Dre leaving, it was a domino effect of trying to get Eazy-E out the way and that song kinda brought life back to Ruthless Records.”

From there, Dresta became an integral part of the new-look Ruthless Records.

“I actually co-directed the video for “Real Muthaphuckkin G’s.” A lot of those locations were picked by me, from my neighborhood. I wrote my own verses as well as verses for Eazy on ‘Sippin’ On A 40,’ ‘Ole School Shit,’ ‘Creep ‘n’ Crawl’ and ‘Gangsta Beat 4 Tha Street.’ A lot of people don’t know on ‘Ole School Shit,’ I wrote Sylk-E. Fyne’s verse. To this day, she said I’m the only male that’s ever written for her and that was the first song that got her known as a solo MC,” noted Dresta.

“Str8 Off Tha Streetz Of Muthafukkin’ Compton was supposed to be Eazy-E’s first double album, but when Eric passed, they put it together as one album with what they had. I believe Eric would have been the first rapper with a double CD.” [Editor-In-Chief note: DJ Jazzy Jeff & The Fresh Prince’s 1988 Grammy Award-winning album He’s the DJ, I’m the Rapper was actually Hip Hop’s first double project (and the first Grammy win for that matter).]

In addition to working on his own album and overseeing the careers of rising superstar group Bone Thugs-n-Harmony, Dresta revealed that Eazy-E was ready to release another N.W.A album whether the original members came back or not. 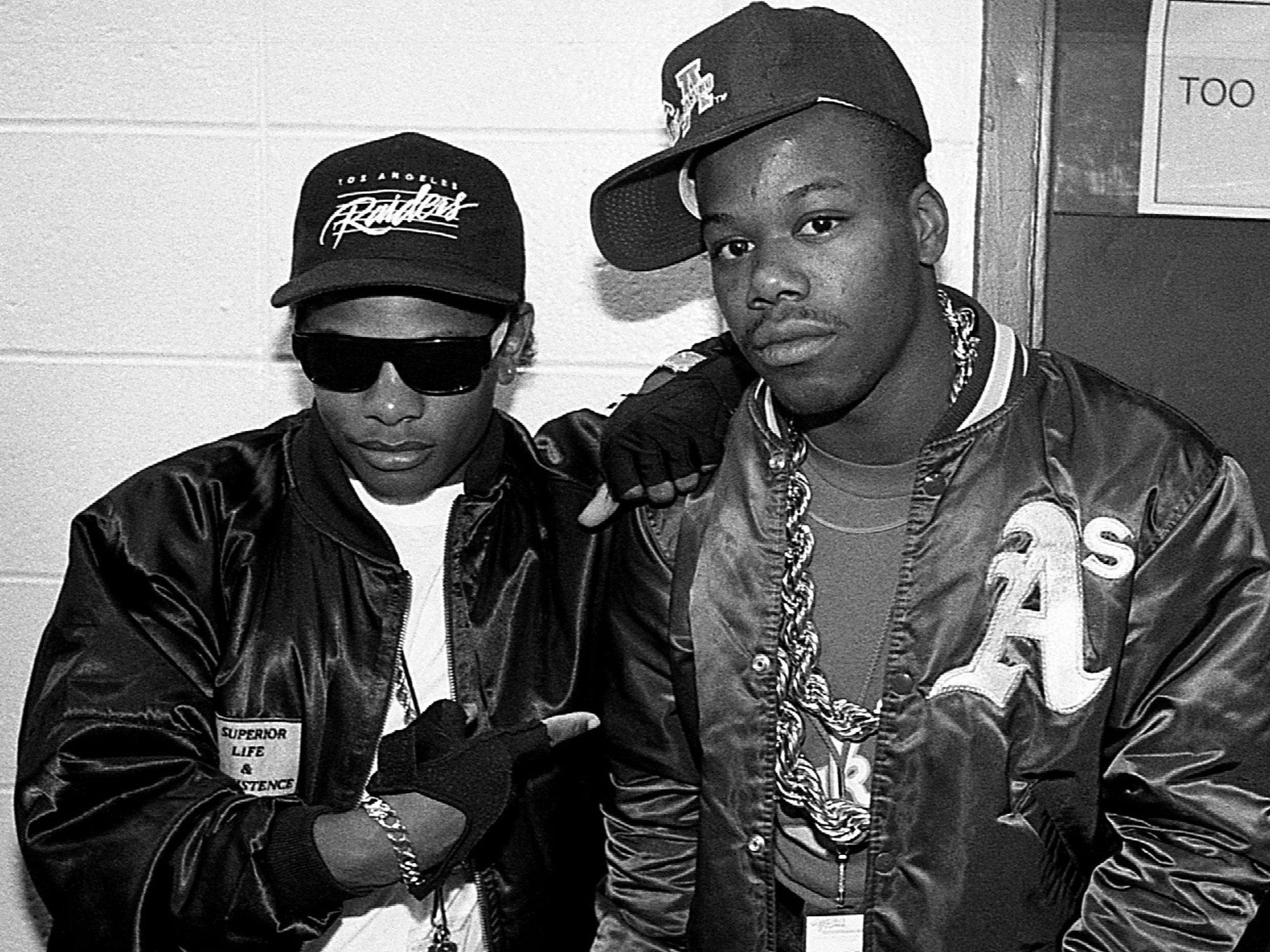 “He wanted to do an N.W.A record when he was trying to get Dr. Dre and Cube to come back together, but they wasn’t really with it at the time. So Eazy had a thought: He wanted to do a N.W.A record with just a black cover with ’N.W.A’ written on it and he was gonna include him, me, [B.G. Knoccout], and I think he was pitching to DJ Quik to be in the group.

“That was one of his ideas as well that he never got to. He owned the rights to the name N.W.A so if he couldn’t get the original members he was gonna do a record with no cover photo and have us as the rappers,” he added.

Around the time they were recording songs for Str8 Off The Streetz, Dresta and Eazy had a brief falling out over business. Thankfully they were able to work things out before the Comptown Records CEO’s death.

“Before his passing, we had just started back communicating. We fell out for a minute cause I kinda felt like we were being shut out as far as my relationship with Bone Thugs-n-Harmony. I helped with them in the beginning. We had a verbal agreement that I was supposed to be involved in [Creepin’ on ah Come Up] and receive points from it.

“We were having disputes about a few other things as well so I was doing little things to rebel and show E that the business practices needed to be better,” remembered Dresta. “But even though we fell apart for a minute we were getting back in the process of talking again. He said he was gonna rectify a lot of the issues we had.”

Although it’s been a quarter of a century since Eazy’s death, Dresta hopes to keep his legacy alive.

“I’ve written verses for his son Lil Eazy-E before on a mixtape song or two, but we’ve been speaking – me, him and my little brother B.G. Knocc Out – about doing a Real Compton City G’s group project and bringing back the essence of that nucleus we had,” he explains. “We’ve been talking about it but we haven’t really had the time to sit down and hash out the details and make it all make sense. I think it would be a good thing though,” said Dresta. “Eazy was just a spirit that a lot of people gravitated to cause of his youthfulness. He never tried to act like he was bigger than people. We didn’t have social media at the time so people didn’t know the extent to which he was involved in helping sick children and visiting The Children’s Hospital, the things that a lot of people do now for publicity, he didn’t do it for media attention. He always put in effort to give back in that way more than anything.”

Fittingly, one of Dresta’s fondest memories of Eazy centered around where it all began, the video for “Real Compton City G’s.”

“There was always a lot of laughter around him. One memory that always sticks with me, the day before we started filming the video for ‘Real Compton City G’s’ we all had Jheri curls, including myself. Eazy would tell you, ‘I don’t have a Jheri curl, nigga it’s a wave nouveau.’ He would never admit to having a Jheri curl, he called it a wave nouveau because of ‘No Vaseline.’ The day before we started filming, him being the visionary that he was, he was already trying to anticipate the response [from the other side] that we would receive from the song. He’s putting the visual together, I’m looking at it ahead of time like, okay they [Death Row] are gonna use three characters with Jheri curls, like the way them and us used A.J. Johnson. I figured they would use three dudes with Jheri curls, so I chose to go to the barbershop and cut my Jheri curl off the day before.

“When I made it to the video shoot, Eazy looked at me and said, ‘Man, what did you do?’ I said, ‘I’m not finna have these fools come back at me with no Jheri curl video so I chose to be the one without the Jheri curl.’ He said, ‘Nah nigga, you should’ve waited, do the filming first and then we shoulda cut the hair and sold it.’ I said, ‘Nigga, you talkin’ about cutting Jheri curls off, putting it into a bag and selling the Jheri curl?’ That was the kind of thinking he had.”

Listen to some classic Eazy-E below in honor of his legacy.