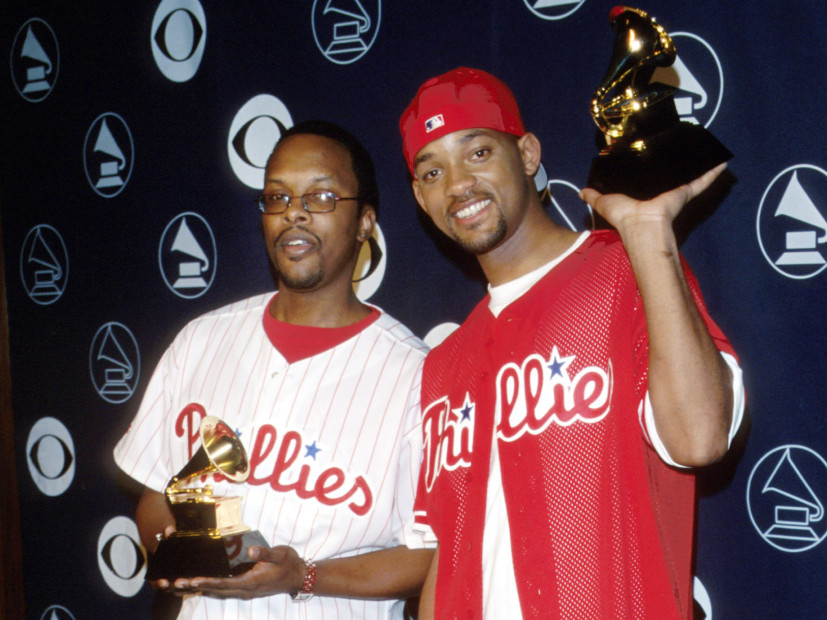 A Timeline Of Historic Hip Hop Firsts At The Grammy Awards

Hip Hop has long had a contentious relationship with the Grammys. It took decades for the renowned award show to even have sufficient categories for the genre, and since then several of the rap wins could be considered heists from more deserving nominees. Regardless, Hip Hop and the music world at-large still views the Grammys as the pinnacle of music award shows, and rappers should be lauded for clawing for every ounce of respect they could muster from Grammy voters. With that in mind, here’s a list of notable firsts and rap records at the Grammy Awards.

(And first Hip Hop protest of the show)

Ten years after “Rapper’s Delight” hit the airwaves, the Grammys finally decided to throw a bone to Hip Hop at the 31st Grammy Awards in 1989. The award was Best Rap Performance, a category that would take many forms over the years. Ironically, the winners were not in attendance. DJ Jazzy Jeff and the Fresh Prince won for “Parents Just Don’t Understand” but participated in a Russell Simmons-led boycott because the show did not air the award. That same year, Kool Moe Dee, who was nominated for “Wild Wild West,” became the first rapper to ever perform at the Grammys.

Remember when Young MC had everyone at weddings hollering “Bust a Move?” So do Grammy voters. The first prominent rapper to feature the moniker “Young” also was the first solo Hip Hop act to garner a Grammy, way back in 1990 for Best Rap Performance at the 32nd Grammy Awards.

Queen Latifah and Salt-N-Pepa gave new meaning to the phrase “Ladies First” when they simultaneously became the first female MCs to take home Grammys in 1995 at the 37th Grammy Awards. By this time, the rap performance award had been split into “solo” and “duo/group” categories. Latifah won for Best Rap Solo Performance with “U.N.I.T.Y.,” while Salt-N-Pepa won for Best Performance By a Duo or Group with “None of Your Business.” The group was previously nominated for Best Rap Performance in 1989 at the 31st Grammy Awards with the female empowerment song-turned-workout jam-turned-Geico-anthem, “Push It.”

Macklemore and Ryan Lewis became the reluctant faces of white privilege when The Heist won Best Rap Album over Kendrick Lamar’s classic good kid, m.A.A.d city in 2014 at the 56th Grammy Awards. Yet, years before the text read ‘round the world, white rappers went years without winning a Grammy.

Eminem is the winningest white rapper, with 15 wins on 43 nominations.

Ah, the beginning of the Grammys awarding the wrong albums. Naughty By Nature’s Poverty’s Paradise was the inaugural winner of the Best Rap Album award at the 38th Grammy Awards in 1996, and certainly was a solid album. However, real heads knew it paled in comparison of quality to 2Pac’s Me Against the World and even Bone Thugs-N-Harmony’s E. 1999 Eternal. Eminem leads the pack with six wins in this category, followed by Kanye West (4) and OutKast (2).

JAY-Z has garnered the most nominations, with 11. He also has the most Grammy nominations of any rap artist in history (74) and is tied with Yeezy for the most wins (21). However, with Jigga earning a pack-leading eight nods to K. West’s zero this year, it’s very likely that Shawn Carter will be in a class of his own very soon.

No one can deny the awesomeness of “Lose Yourself.” The song’s ear-grabbing, mid-tempo beat and Eminem’s inspiring lyricism made the 8 Mile anthem a 21st Century “Eye of the Tiger.” Voters took note and awarded “Lose Yourself” the inaugural Best Rap Song award in 2004 at the 46th Grammy Awards. Since then, Kanye West leads the pack with five wins and went back to back like Drizzy when he won for “All of the Lights” in 2012 and “Niggas in Paris” (with Hov) in 2013, at the 54th and 55th Grammy Awards, respectively. Kendrick duplicated the feat with “i” in 2015 at the 57th Grammy Awards, and at the 58th Grammy Awards with “Alright.”

T.I. is the Johnny Depp of this category, with four nominations but no hardware to show for it.

Hip Hop has always been joined at the hip with R&B and has long held an affinity for Pop. So, it makes sense that rap would churn out enough genre-melding hits for the Grammys to take notice with a category at the 44th Grammy Awards in 2002. The first winners were Eve and Gwen Stefani for the hypnotic “Let Me Blow Ya Mind.” JAY-Z has won this award seven times, including twice back to back. Rihanna is the winningest singer in this category, with four Grammys.

Lauryn Hill — First Rapper To Win Album of the Year*

The true first rap act to win this award will be forever debated* by Hip Hop heads (though it’s quite obvious). Lauryn Hill won for The Miseducation of Lauryn Hill at the 41st Grammy Awards in 1999, but the vast majority of that album was singing, not rapping, and Hill’s classic was classified as an R&B album. The only true rap album to win the award is the Outkast’s diamond-certified Speakerboxxx/The Love Below (well, Big Boi’s side at least) at the 46th Grammy Awards in 2004.

However, Ms. Hill does have the honor of being part of the first group to be considered for the award; Fugees’ The Score earned a nomination in 1997 at the 39th Grammy Awards. King Kendrick, Slim Shady and Yeezy have three nominations each in this category.

This award was a breakthrough of sorts for Hip Hop, as it was the genre’s first win in one of the Grammys’ four major categories (along with Album of the Year, Song of the Year and Record of the Year). Tone Loc was the first to be nominated, in 1990 at the 32nd Grammy Awards, but it was Arrested Development which won three years later at the 35th Grammy Awards. The multi-talented Lauryn Hill followed with a win at ‘99’s 41st Grammy Awards, before Macklemore and Ryan Lewis ended rap’s 15-year win drought in this category with a victory at 2014’s 56th Grammy Awards The most recent recipient is Chance the Rapper, who accepted the award last year at the 59th Grammy Awards.

Nothing symbolizes rap’s journey to gaining respect from the Grammys more than having multiple rap artists host the show. Less than 20 years after Hip Hop was being completely snubbed by the Grammys, Queen Latifah became the first MC to host the ceremony in 2005 at the 47th Grammy Awards. Ironically, LL Cool J, who was one of the rappers boycotted the 1989 show, hosted the awards at 2012’s 54th Grammy Awards and 2015’s 57th Grammy Awards.

Puff Daddy, a.k.a. P. Diddy, a.k.a. Diddy, a.k.a. Brother Love (LOL) was the first rap artist to garner multiple Grammys in the same year. In 1998 at the 40th Grammy Awards, he won for Best Rap Album with No Way Out, and for Best Rap Performance by a Duo or Group with his The Notorious B.I.G. tribute, “I’ll Be Missing You,” featuring Faith Evans and 112. Kendrick Lamar had a monster multi-win year at the 58th Grammy Awards in 2016, taking home five Grammys on 11 nominations. He’s got seven more nods this year and will be going against JAY-Z in major categories including Record of the Year and Album of the Year.

Whoever wins, it’ll be a true clash of the Titans.

The 60th annual Grammy Awards will be held Sunday, January 28 at 7:30 p.m. EST, and will be broadcasted by CBS.