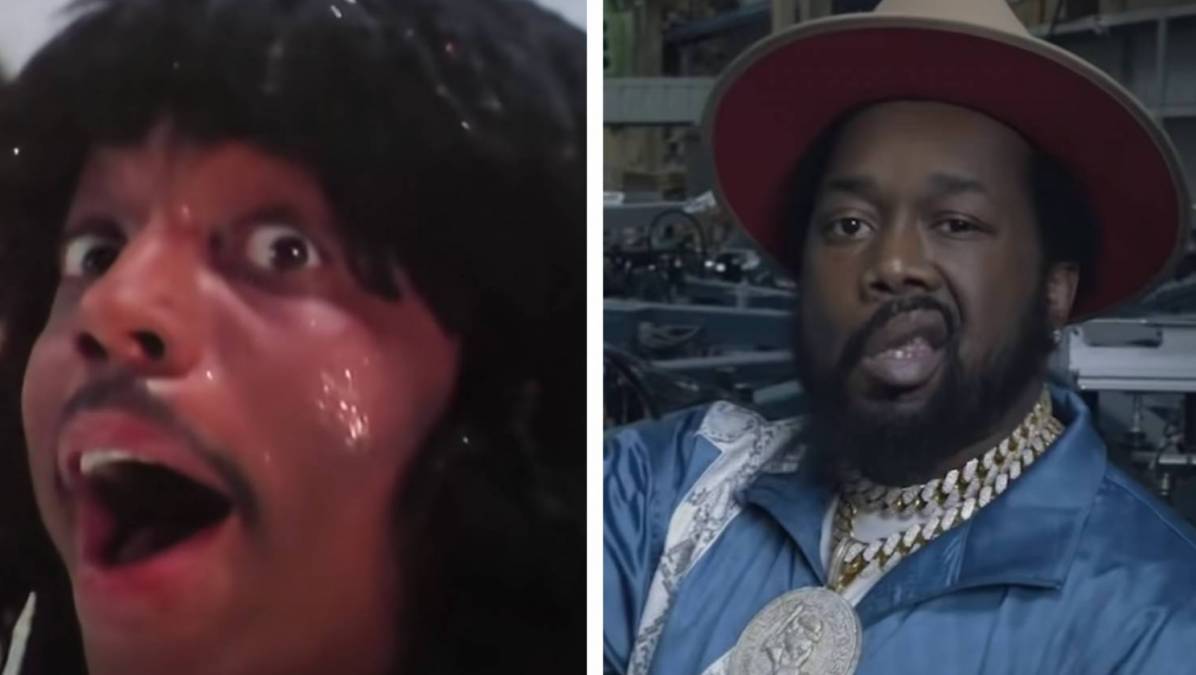 Late funk music legend Rick James intersected through many avenues of culture throughout his storied career.

Growing up in East Buffalo, New York, Conway The Machine vividly remembers some of those encounters.

The Griselda rapper was among the celebrated guests for SHOWTIME and Mass Appeal’s documentary BITCHIN’: THE SOUND AND FURY OF RICK JAMES and shared his own personal accounts.

Given the depth of Conway’s lyrical content, he remembers seeing Rick James as a star — and bad for business with his knack for making a scene.

“Pulling up in the limo with furs on him … bitches and shit with him, two-three cars deep and I was like, ‘Damn, n-gga, you gonna make my spot hot!’” Conway continued with a laugh.

“He was just one of them dudes that you didn’t want to fuck with. He was known for everything you heard in his music. Songs like ‘Ghetto Life’ and all that shit, that’s Rick James in a nutshell. And coming where we from, we all like that!”

Elsewhere in his trip down memory lane, Conway The Machine called his hometown one of the most “racially segregated cities” in the country. A June 2020 NPR titled “Can Buffalo Overcome Its Racial Inequities?” has the data to back the Drumwork Music Group CEO’s claims, specifying the city’s East Side is 92 percent predominantly Black, while African American family households make an average of $24,700 a year in comparison to their White counterparts at $44,000 a year.

The city’s overall poverty rate also stands at a staggering 30 percent, while the United States ranks at just 13 percent.

With a discography that dates back to the late 1960s before the formulation of Hip Hop, Rick James would still help pioneer rap’s urban storytelling and big mainstream ambitions.

One of his most well-known songs, “Super Freak,” was sampled for MC Hammer’s nearly double-diamond 1991 smash hit “U Can’t Touch This” while the 1981 single “Ghetto Life” Conway mentioned was remade by Busta Rhymes for 2006’s “In The Ghetto” from the gold-selling album, The Big Bang.

However, his biggest Hip Hop cultural imprint arguably came outside the music in 2004 when he starred as a semi-fictionalized version of himself during Dave Chappelle and Charlie Murphy’s Chappelle’s Show skit that coined the infamous proud-to-be-a-dickhead phrase, “I’m Rick James, bitch.”

The iconic comedic segment made light of the unruly and drug-filled behavior that permeated Rick James’ life once his recording career began to stall. In 1993, he was sentenced to three years in prison for the kidnap-torture of two women during a crack cocaine-induced rager and would go on to die at the age of 54 from pulmonary and cardiac failure.