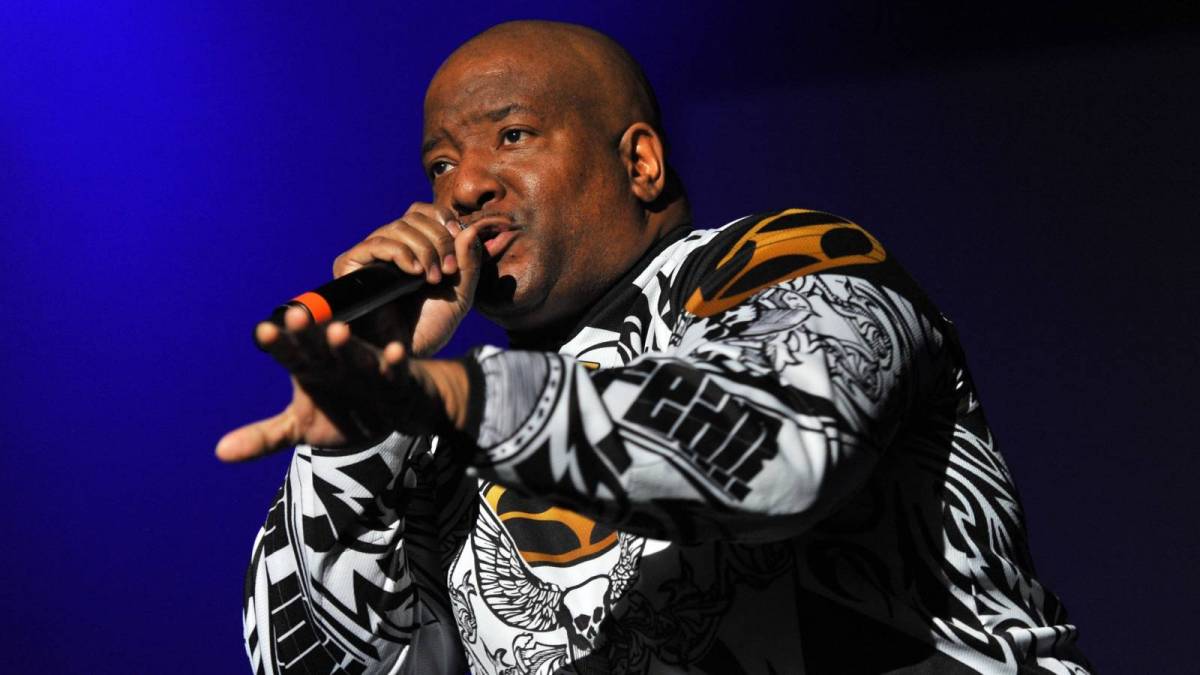 Exclusive – An effective podcast will illuminate the subject matter and uncover details the listener may not have known prior to tuning in. Newly launched podcast Fresh Era does just that — more recently with Young MC (real name Marvin Young).

The former Delicious Vinyl artist, perhaps best known for his 1989 smash hit “Bust A Move” from his debut album Stone Cold Rhymin, opened up about his journey from self-described “nerdy, studious kid” to Grammy Award-winning artist and dropped several gems along the way.

Perhaps one of the most interesting revelations was when Young MC talked about Red Hot Chili Peppers bassist Flea playing bass on “Bust A Move,” which kind of flew under the radar at the time (even though Flea briefly appears in the music video). After all, the Chili Peppers had not yet reached the type of fame they have today and Flea wasn’t exactly a household name.

Fresh Era‘s Executive Producer/Creator DJ Cheapshot remembered seeing Flea in the “Bust A Move” video as a kid but admits he never heard anyone discuss what a wild pairing it was.

“This is actually one of the main reasons why we created Fresh Era – to find out the true and rare stories about classic Hip Hop and put the legends back in the spotlight,” he tells DX. “Since I’m such a huge fan of these guys, the prep is really just writing down a bunch of those random questions I’ve been itching to ask since the 1990s.”

During a new interview with HipHopDX, Young MC explained what led to the unexpected collaboration.

“That’s one of the drawbacks of coming from a time when the internet was not that crazy, when you didn’t have websites or social media that people could post on or pictures from the studio or anything like that,” he says. “Flea came in — and it was before Chili Peppers were nationwide. They were a big L.A. band, but they weren’t known as well nationwide. So, him playing on it was incredible, but it was a session. He did it as a session thing.”

He adds, “I wasn’t even there. I had never met him when he did it. The label just brought him in because they knew him. So it’s just like, ‘Oh yeah, play bass on this thing’ kind of thing. He really made the record.”

Young MC eventually got to meet Flea in person, but it was a slightly awkward encounter.

“I was thankful,” he says. “How can I put it? The labels don’t pay well for session fees. So he was looking at me like I had something to do with that, which I did not. So, I’m eternally grateful to him for that, because that bass line really made that record. It’s all love from my end, and I understood where he was coming from on the session fee thing. I get it.”

In 1996, Flea reflected on the success of “Bust A Move” in an interview with Bass Player while noting he didn’t receive any writing credit for the multi-platinum hit.

“The bass line I wrote ended up being a major melody of the tune,” Flea said. “And I felt I deserved song-writing credit and money because it was a No. 1 hit. They sold millions of records, and I got $200! It was ridiculous, but I learned from it.”

Another interesting moment in the Fresh Era podcast came when Young MC recalled meeting Bruce Springsteen at a star-studded after party following a U2 concert. Unbeknownst to him, the Boss would end up giving him some of the most memorable advice of his career.

“I was literally sitting in a section with dozens of people more famous than me — and this is when my record was peaking,” he remembers. “So, I met members of U2. That’s where I met Axl Rose [Guns ‘N Roses], that’s where I met Bruce Springsteen. It was a multi-million dollar home in Beverly Hills where they had the after party. It was crazy.

“So, I’m taking in every bit of advice I possibly can and I had no ego whatsoever. My ego was just getting beat up in the parking lot [laughs]. There was no reason for me to even bring it out because of all the fame there. So, that was the best place to get advice like that because it really meant something and because he’s Bruce fucking Springsteen. There’s nothing I can say that would really put it on another level. That was the only time I met him, and I remember it like it’s one of the most important things ever said to me in my career.”

Springsteen wound up giving Young MC what he called a “realistic outlook on the future.” Young MC’s career at the time had exploded thanks to the success of “Bust A Move,” but Springsteen wonder where else he could go.

“For someone like him that sold as many records as him to indicate how lucky I was or how unique it was for me to be in the position I was in after ‘Bust A Move’ gave me realistic expectations for my second, third, fourth,” he explains. “I would think Bruce Springsteen didn’t reach my sales level until at least his second or his third album.

“Then you come straight out the gate, well you see what happens even in the Kentucky Derby. They come out hot straight out the gate, they can’t make it to the finish line. Or they come in last at the finish line. That made me think about pacing myself and also know that if I didn’t sell as much on my second as I did on my first, that didn’t mean I wasn’t successful.”

But Young MC’s second album, 1991’s Brainstorm, ultimately went gold and the University of Southern California graduate avoided the dreaded sophomore slump — although he doesn’t necessarily see it that way. He’d been in the middle of transitioning from Delicious Vinyl to Capitol Records and it was a little bumpy, especially when gangsta rap was just beginning its ascent.

“I had a lot of people that really loved my first record and then a lot of people were anticipating things with my second record,” he says. “A lot of them went out and people just bought it, and there were a lot of records in the stores initially. That helped me in terms of getting a gold record and keeping it. That’s when things were changing to gangsta rap quickly. That was right around the time of The Chronic, right before Snoop’s record. Then Hammer was on Capitol and Hammer put a record out on top of mine. 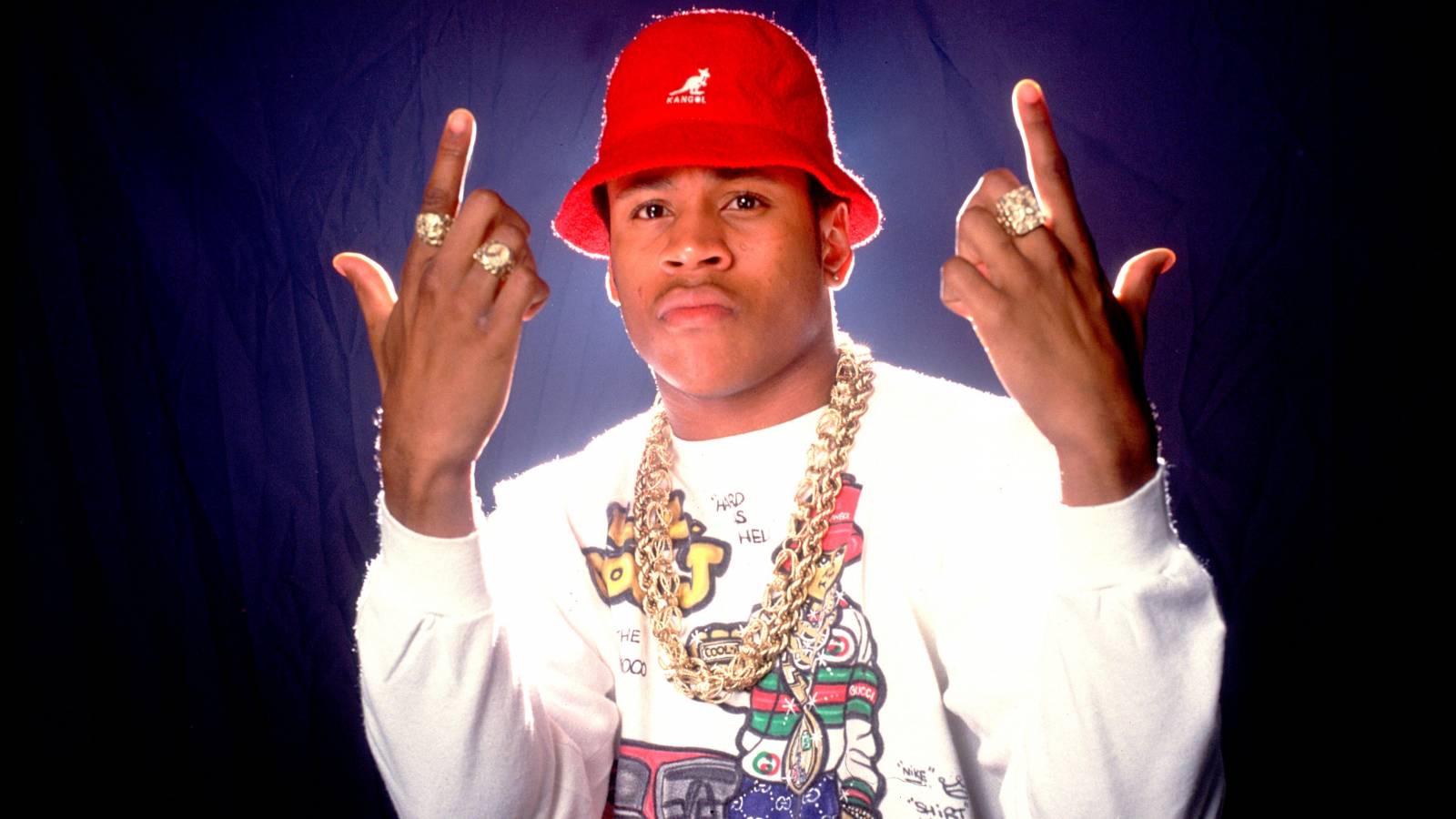 “Once you start selling half a million, three quarters a million, a million records, you can’t do that with a small label. You need a big distributor and it’s really difficult to get that grimy, on-the-ground promotion with millions of sales distribution. You don’t have that problem now, but that was something you would definitely see a difference in back then.”

Although Young MC hasn’t dropped an album since 2008’s Relentless, he continues to tour worldwide and yes, still busts a move.

Check back with HipHopDX for Part II of the Young MC/Fresh Era interview in which he talks Tone Lōc, working with The Dust Brothers, being the first Hip Hop artist to win a televised Grammy and more. Find the Young MC episode of the Fresh Era podcast here.