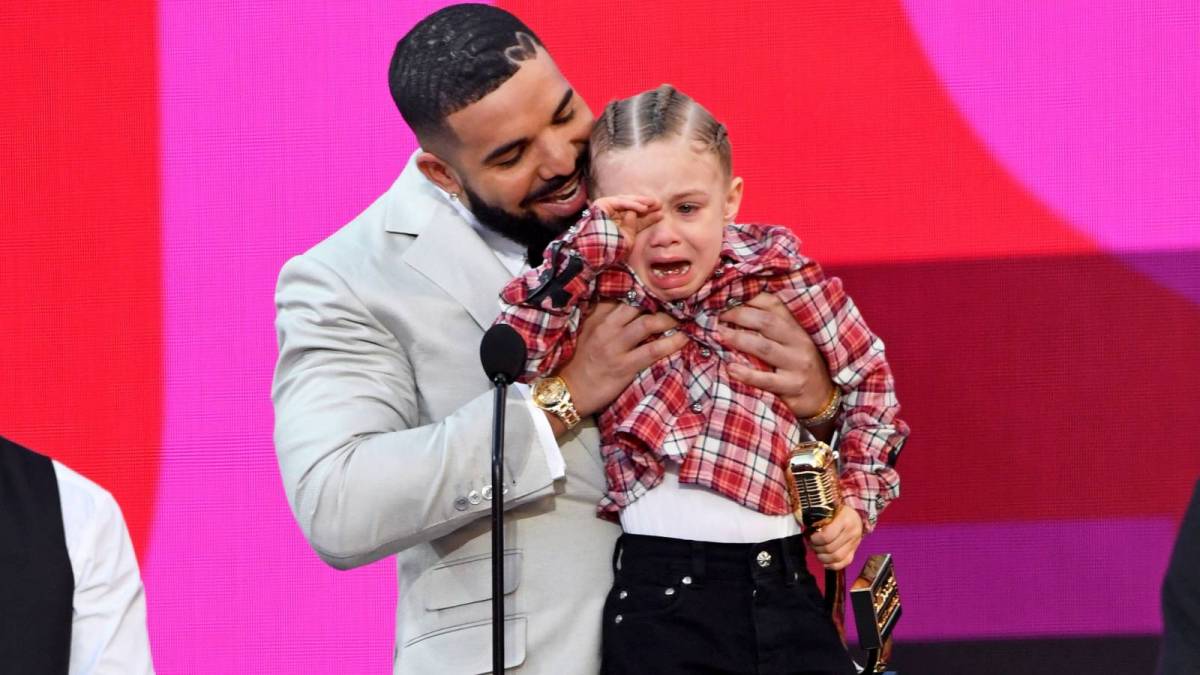 Pusha T inadvertently became a trending Twitter topic on Sunday night (May 23) after Drake accepted Billboard’s Artist of the Decade award at the 2021 Billboard Awards with his 3-year-old-son Adonis by his side.

After all, the world didn’t learn Drake was a father until Pusha T unleashed his seething 2018 diss track “The Story of Adidon” in which he unapologetically called the 6 God a “deadbeat” dad.

The G.O.O.D. Music president also uncovered the identity of the child’s mother, Sophie Brussaux, who rose to notoriety for starring in adult films.

But Drake isn’t hiding Adonis now. He proudly walked his son on stage to accept the Billboard honor and even as the child cried, Drake comforted him like any loving father would do. Still, it didn’t stop Twitter from doing what it does.

Comments such as “Story of Adidon has to be the best diss track ever. if that track was never made… to this day we probably would’ve never seen Drake’s son, let alone knew he had one. Pusha T literally made Drake be a father” and “Pusha T really shamed Drake into being a Dad. Summer was wild lmao” started pouring in as the clip went viral.

The original beef kicked off when Pusha T fired shots at Drake and Cash Money CEO Bryan “Birdman” Williams on the DAYTONA cut “Infrared” and Drake retaliated with the “Duppy Freestyle.” But Pusha T seemingly came in for the kill with “The Story of Adidon” and threw everything he had at the OVO Sound boss.

Three years later, that moment in rap is still being talked about as evidenced by Sunday night’s events.

Pusha T changed the universe with Drake and Adonis. Do you know the butterfly effect would be if he didn't make that diss track. Adonis in a different universe would've panned out way different pic.twitter.com/a5FpkdOF7J

Drake does literally anything with Adonis: pic.twitter.com/FyfrweM4BL

Every damn time Drake and his son out in public and y’all get Pusha T trending will always be funny af idc pic.twitter.com/gUhaNghEUw

Pusha T trending? then I click to see Drake & his Son.

pusha t really made drake be a father. that’s so crazy to me. https://t.co/2mY1bneyXv

Every time I see Drake & this kid in the spotlight, I can't help but think of Pusha T & the tireless work he did for this to be possible .. ? https://t.co/NzTmXc0LOr

This touching family moment has been brought to you by Pusha T bullying Drake into being a father https://t.co/8Mgnvv999T