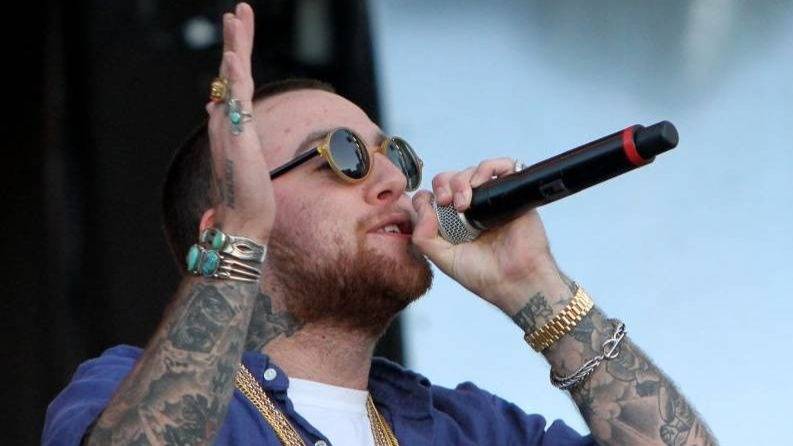 Mac Miller Tributes Pour In On The Late Rapper's 29th Birthday: Here's How He's Being Remembered

Mac Miller would have turned 29 on Tuesday (January 19), but his struggles with substance abuse took his life at the ripe age of 26 and brought his blossoming career to an abrupt and unexpected end.

Known to his friends and family as Malcolm McCormick, the Pittsburgh native was obsessed with music as a kid and pursued it with voraciousness. In 2010, signed his first record deal with independent label Rostrum Records and dropped his breakout mixtape K.I.D.S. shortly thereafter. A television show with MTV called Mac Miller and the Most Dope Family and several Billboard wins would follow but beyond the accolades, his musicianship started to shift along the way.

The self-taught musician, who learned how to play piano, guitar, drums and bass by age 6, enlisted the bass genius of Thundercat for more sophisticated, fuller soundscapes on songs such as “In The Morning” from 2013’s Live From Space and “What’s The Use?” from 2018’s Swimming, his final album before his death.

He attempted to honor women amid his relationship with pop princess Ariana Grande on 2016’s The Divine Feminine and even publicly wrestled with his demons on the Swimming single “Self Care,” almost as if he was crying out for help in the wake of their breakup.

But nothing was enough to pull Miller out of the dark abyss he was apparently drowning in and, as he mentioned in a 2013 interview with Wax Poetics contributor and HipHopDX Senior Writer Kyle Eustice, he’d already been submerged in that lifestyle for years.

“I started smoking weed when I was 10,” he explained. “I started smoking cigarettes when I was eight. All of my friends were older than me. I used to be at parties in middle school. In high school, when I started rapping, I didn’t do anything else. We weren’t allowed at people’s parties anymore anyway. We used to be those assholes that would break and steal stuff. We were those guys. We would leave parties with iPods and things like that. We would start fights, too, so we weren’t allowed to come back. Instead, we would kick it in the attic, do drugs, and write raps.”

Miller’s body was discovered on September 7, 2018 in his Studio City home. The Los Angeles County Coroner’s office determined Miller died from an accidental drug overdose due to a “mixed drug toxicity” of fentanyl, cocaine, and alcohol.

Miller was scheduled for a video shoot that day and expected to hit the road with Thundercat just a few weeks later. He got the shocking news while on a flight back to Los Angeles and it nearly took his breath away. A year later, Thundercat admitted Miller helped him face his own struggles with alcohol, something he’d been wrestling with for over 15 years.

“I didn’t know how comfortable I would be with sharing personal stuff about me with you, but here it goes,” he said in 2019. “For the last almost 15 years of my life I was a raging alcoholic. I watched a lot of things in my life crumble in different ways and I used to drink a lot to cope with the pain as I’m sure most do.

“I’m saying this to say that other than once in which will almost be a full year, I haven’t touched alcohol. I feel like even through the sadness of losing Mac, he changed my life. I know you guys may have noticed a bit of weight. I fell that was a lot of pain and alcohol I was carrying around with me.”

Even in death, Miller continues to influence his fans, friends and family. His posthumous album Circles arrived last year and earned a Grammy Award nomination in the Best Rap Album category, his first. Twitter is celebrating Miller’s birthday and also finding it funny it falls on Donald Trump’s last day in the Oval Office considering he once released a song called “Donald Trump,” which caught the ire of the former reality star.

Check out tweets from Thundercat, Juicy J, Vince Staples, Duck Down Music and more below.

Mac Miller would have been 29 today.⁠
Rest in power to the legend, we miss you ? pic.twitter.com/nbjZMlwYdi

HCD to the Legend pic.twitter.com/VRAiyQcyk3

Today on his birthday, we remember the life and legacy of Mac Miller. ❤️ pic.twitter.com/uJB5qb1smo

Celebrating Mac Miller on what would have been his 29th birthday. ?? pic.twitter.com/dk3lNc8RXN

Happy Birthday to the late Mac Miller who would have turned 29 today! ????pic.twitter.com/nI8EPA48IK

Mac Miller and Nipsey not being here still bugs me everyday.