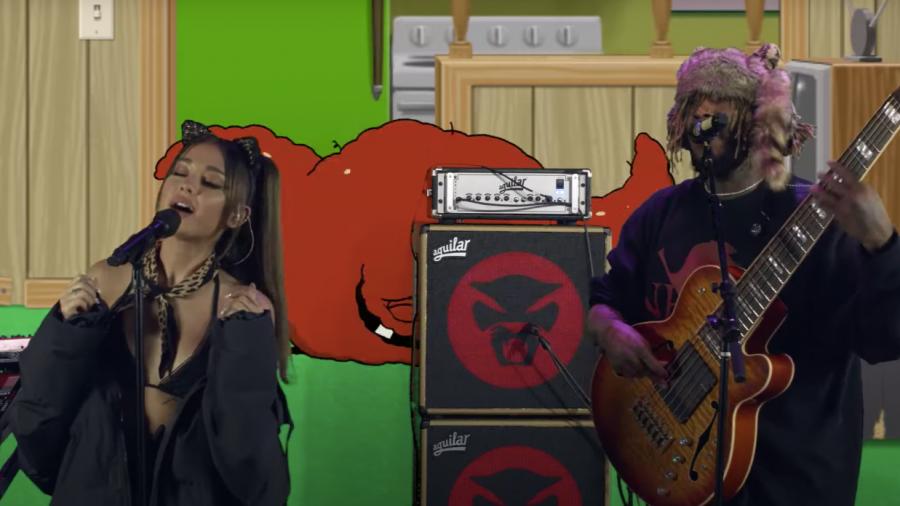 Thundercat & Ariana Grande Are 'Forever Connected' Because Of Mac Miller

Thundercat suffered a monumental loss in 2018 when his friend and collaborator Mac Miller unexpectedly passed away at age 26 — and despite the dissolution of Miller’s romantic relationship with pop princess Ariana Grande, the 27-year-old singer was also understandably gutted by his death.

On Friday (November 13), Grande and the prodigious bass player had a chance to perform his 2017 Drunk single “Them Changes” for the Adult Swim Festival, which was an important step on the rocky road of grief.

“It feels like Ariana and I are forever connected through Mac,” Thundercat said in a press release. “And this is part of the healing process.”

Following the performance — which also featured musicians JD and Domi — Thundercat found himself a trending Twitter topic as the social media platform erupted with praise for the duo’s duet.

Comments such as “I bet Mac would have been proud as fuck of this performance” to “I just watched the performance and I think I transcended during the instrumental break” lit up the platform most of Friday evening while people dreamed of a Thundercat and Ariana Grande collaborative album.

That notion wouldn’t be that far-fetched. Thundercat contributed to multiple Miller projects, including 2015’s GO:OD AM and 2018’s Swimming, the latter which was released shortly before his death. In fact, Thundercat was expected to join Miller on tour in support of the album, but he got the tragic news right as they were about to take off, bringing their plans to an abrupt end.

As Thundercat and Grande continue to honor Miller’s legacy, watch their performance above.