Review: Thundercat Has Fun Meditating On Existential Dread With 'It Is What It Is' 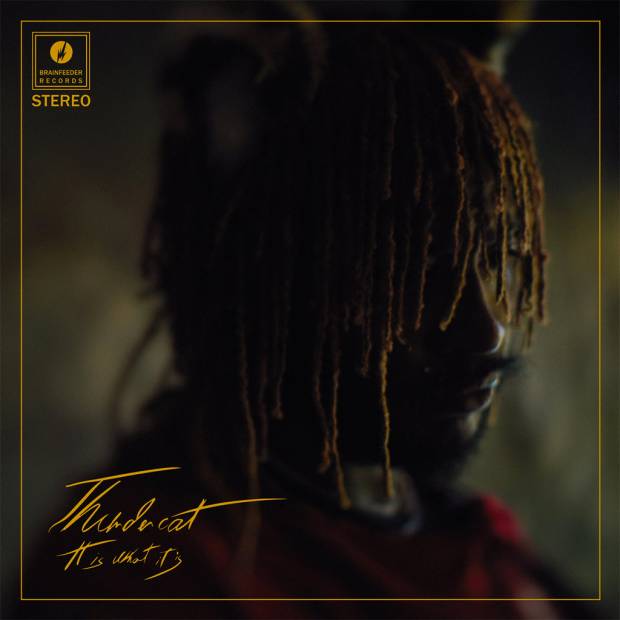 George Clinton aside, there aren’t too many wizards of the funk who could embrace cosmic weirdness quite like 35-year-old Stephen “Thundercat” Bruner can. After nabbing a Grammy Award for his songwriting contributions to Kendrick Lamar’s hyper-conscious To Pimp A Butterfly, 2017 saw the multi-talented maestro become a critical darling with the release of his opus, Drunk, an album drowned in drunken night escapades, humorous storytelling, mindful musings on morbidit, and dizzying basslines.

But three years later, it seems like he’s still not finished reeling over the highs of Drunk, as his latest record, It Is What It Is, feels like a continuation of that very same package of themes.But that’s not necessarily a buzzkill. Here, Thundercat gives a more meditative dive into coping with grief and existing in such an expansive universe.

It Is What It Is is shows Thundercat grappling with existential dread, as well as the death of close friend and collaborator, Mac Miller.

Thundercat is masterful at making the self-deprecating feel cool and sexy, and as expected, a few songs on the album stray from sorrowful musings and into the realm of pure comedy. On “Dragonball Durag,” the album’s most well-polished single, he reminds a potential lover, “I may be covered in cat hair, but I still smell good.” He croons about his latest purchases and is overly enthused to go “zoom zoom” in his brand new whip. “I Love Louis Cole,” an adorable tribute song dedicated to and featuring Brainfeeder labelmate Louis Cole, is sonically similar to an anime opening theme, with its ultra-fast drumbeat, soaring strings, and frank lyrics of admiration (“When you’re around, you know what to say / You brighten my day”).

“Funny Thing” is a short and playful warble funk-jam about partying and dancing while intoxicated, a cut that would’ve been at home on Drunk. “Overseas” is a short story on joining the mile-high club, featuring an outro by comedian and friend Zack Fox that is amusing, but ultimately serves the song purely as fan service. “Unrequited Love” feels more at home on a Flying Lotus album than Thundercat, as the song’s instrumentation is focused purely on FlyLo’s electronic beat-making.

However, the interludes laced throughout It Is What It Is attempt to mend these batches of ideas together, be it the finger-freak bassline on “How Sway” or the stoic optimism of “Existential Dread.” There’s also the disco-funk power of “Black Qualls,” which features the star power of Steve Lacy, Steve Arrington and Childish Gambino, that recall the cast of Drunk single, “Show You the Way,” and the Flying Lotus and BADBADNOTGOOD co-produced song “King of the Hill,” which still sounds remarkably smooth, despite being previously released on a Brainfeeder compilation record two years ago.

The myriad of blends Thundercat presents here, be it jazz-fusion, electronic dance grooves or space-like jazz odysseys, aren’t all well-polished here, but they’re still as goofy and enjoyable as Thundercat’s songwriting history tends to be. It Is What It Is isn’t the worthy successor to Drunk, but it certainly feels like its ideal companion piece.