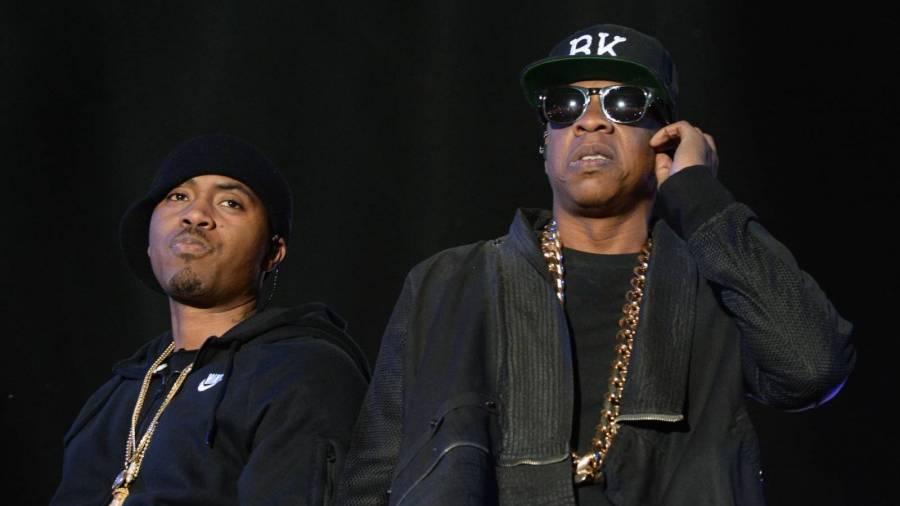 Did You Know Nas Actually Dropped 'Ether' On JAY-Z's Birthday???

December 4, 2001 – Aside from Ice Cube’s “No Vaseline” and 2Pac’s “Hit Em Up,” very few diss tracks have been as vicious as Nas’ 2001 obliteration “Ether,” which found the Illmatic legend unapologetically ripping JAY-Z to pieces.

Billed as a response to Hov’s diss “Takeover” (released on The Blueprint just three months earlier), the track questions Jay’s street credibility, accuses him of being misogynistic and ripping off KRS-One and repeatedly mocks his looks. But perhaps the most disrespectful part was the fact it arrived on December 4, 2001 — Jay’s 32nd birthday.

Nineteen years later, “Ether” is still considered one of the best diss tracks ever released and stirs up a certain air of Hip Hop nostalgia whenever it’s brought up. On Friday (December 4), HipHopDX spoke to legendary producer Pete Rock, who crafted “The World Is Yours” from Nas’ 1994 masterpiece Illmatic, and “Ether” was thrown into the conversation.

“Oh shiiiiiit,” he replied. “That’s how you battle a muthafucka who’s talking shit and going at you in a song. You come back on his birthday and kill ’em — and that’s what he did [laughs]. This is Hip Hop. There ain’t supposed to be no real beef. It’s Hip Hop. People are too sensitive out here. There’s soooooo many sensitive muthafuckas in Hip Hop.”

As Jay turns 51, his beef with Nas is firmly a thing of the past. During an interview with MC Serch for the Serch Says podcast, DJ Cassidy explained how a 2006 Def Jam retreat played an integral role in permanently mending their severed relationship.

“I’m on a stage at a casino restaurant and we’re not talking a ballroom — we’re talking like the P.F. Changs at the casino,” Cassidy recalled. “On one side of the room is Jay, on one side is Nas. I led myself into this epic 30-minute back-and-forth between Jay records and Nas records, and not just the hits. Like ‘Memory Lane,’ so on and so on. If my memory serves me correctly, the space between them started to get smaller and smaller.

Years later, Hov and Cassidy ran into each other at another event where the Roc Nation boss revisited that fateful night at Connecticut’s Foxwoods Resort Casino.

“I remember him walking over to me that night and tapping me on the shoulder,” Cassidy added. “He said ‘You made that happen that night.’ My heart dropped. I will never forget that one moment when he kind of credited for me for this epic coming together that was not public … it was an amazing moment.”

“Ether” was included on Nasty Nas’ fifth studio album Stillmatic and is often credited with reinvigorating Nas’ career following the lackluster Nastradamus album. The two Hip Hop titans have gone on to collaborate several times throughout the years on songs such as “Black Republican” from Nas’s 2006 album Hip Hop Is Dead and “Success” from Jay’s 2007 album American Gangster.

In a 2014 interview with Angie Martinez, Nas admitted he was tired of hearing  about both “Ether” and “Takeover.”

“It’s just old,” he said at the time. “I mean, I don’t feel anything from it. It’s just … it’s so old. It’s another chapter. It’s old. Classic for sure. History even. I haven’t heard that thing in [awhile]. I don’t listen to that. That or the other thing … he knows that.

“I told him ‘I can’t listen to this.’ I mean, it’s great. It’s great times, but that was then…But that’s my dog. So, that was a different time. That’s my dog. It’s too good right now. Everything is right…History is history. Can’t change history. It is what it is, but it’s love.”