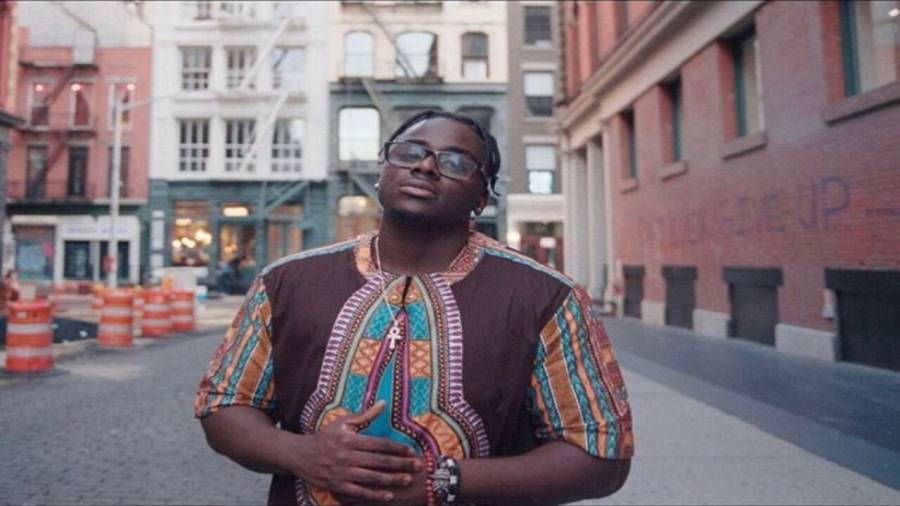 For all of his political and entrepreneurial aspirations, Kanye West is still hailed as one of the music industry’s greatest gifts to a generation. Like most creative geniuses, his quirks, such as yelling at Sway, calling out President Bush on live television, and snatching the microphone from Taylor Swift mid-speech at the MTV Video Music Awards, have become a part of music folklore. His antics have become the modern version of Prince’s idiosyncrasies, which were mythological to the point that they had to be reenacted on a sketch comedy show to be fully grasped.

Meanwhile, Ghanian-American rapper Blackway has just recently begun savoring the taste of success with his hit song “What’s Up Danger” from the Spiderman: Into The Spiderverse movie, and more recently his new song “Heavyweight” which kicked off the NFL’s “Song Of The Season” series. 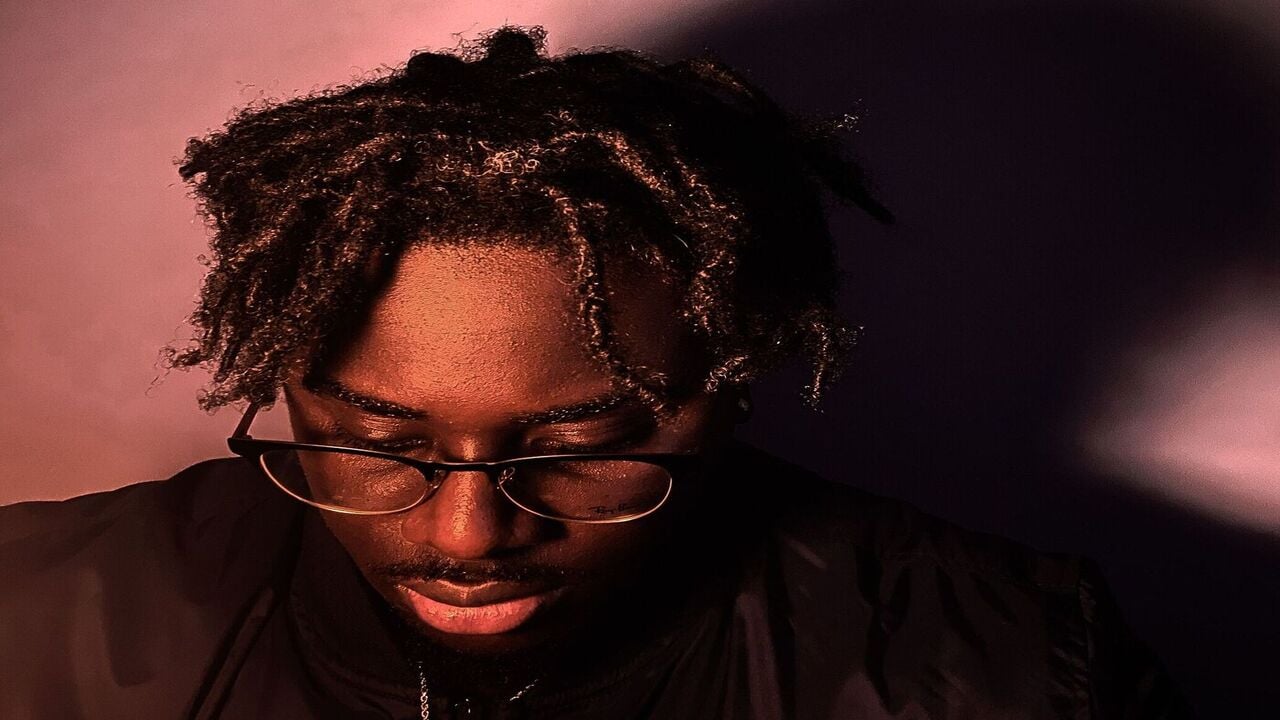 How The NFL, Roc Nation & Rapper Blackway Made A Hip Hop Impact

Thanks to their mutual contact, Kanye’s manager Abou “Bu” Thiam, Blackway found himself on a flight to Wyoming for what was supposed to be a two-week trip, where he would offer some creative input to rap’s most famous college dropout. It was a trip that would seem to have the makings of a scene from the show Entourage. Unfortunately for Blackway, who was kind enough to share the story with HipHopDX, it turned out more like an episode of The Twilight Zone.

“I sent Bu this record from my upcoming album, called ‘Purpose,’ and after I sent it to him he was like, ‘I want you to fly out to Wyoming and I wanna put you in with Kanye,” remembered Blackway. “He’s working on his album, maybe you can give some input here and there. I’m like ‘hell yeah.’ So they flew me out there, and it didn’t quite go as planned for me. I felt like Ye didn’t like me too much. I don’t know if we got off on the wrong foot or if he got a bad vibe from me, cause sometimes when I get around people I can be really quiet,” he added.

The pressure built up even more as Blackway entered the studio to find another one of rap’s biggest names was in the room as well.

“I mean, it’s freaking Kanye West the legend, so obviously I’m gonna be in my head a little bit. I think I was overthinking a lot. [Bu] calls me and tells me, the main studio at his crib or whatever. I get in there and Pusha T is sitting right on the couch. I’m playing it cool obviously but I’m in my head, I mean I’m in the same room as Pusha T and Kanye, come on! So [Kanye] is like, ‘who sent you?’ I’m like, ‘I’m Bu’s guy.’ Bu wasn’t there at the time, so I’m nervous. I don’t have anybody to vouch for me cause I don’t even think he knows my name. Then he looks at me for a little bit. I sit down and they give me a list of stuff to do, some beats to rock to or whatever, so, again I was in my head. I went in there not being me. I was so in my head I was trying to be something else. He wasn’t digging it,” noted Blackway. “The funny thing is his engineers were digging it and they were like, ‘What’s your name? I like this,’ but then when it came around to him he wasn’t digging it at all. He called it ‘trash.’ Then, either the next day or the day after that, the shuttle picks us up and now I’m looking for the engineer that I’m supposed to be working with in the other room that was right across the field. I’m calling him and calling him and he’s not picking up, so I end up walking into the main room. I was told Kanye was gone. If he’s there, you obviously don’t walk in.”

With Yeezy “gone,” Blackway was finally able to connect with the engineer without the pressure of an impatient superstar looming over him.

Or so he thought.

“They were like ‘I think Kanye went to Brooklyn to do a church thing,’ so I’m like, ‘let me go check in the main room for my engineer because he’s not answering his phone and I’m just standing outside and it’s freezing,” Blackway continued. “I walk in there and Kanye is standing right there with a room full of other people, I’m like ‘fuck.’ So he goes ‘yo what’s up?’ Before I could even get a word in [to let him know I’m looking for the engineer] he’s like ‘What you got for me?’ I’m like ‘I’m looking for Dave.’ He’s like, ‘you see this right here? That’s so-and-so, that’s [the guy that made] ‘Sicko Mode,’ that’s so-and-so. No disrespect, but if you don’t got nothing for me, you gotta get out.’

Without the engineer and the opportunity to explain the situation, Blackway did what most people would have done in that situation.

“I couldn’t even explain myself, so I walk out and I’m still stuck cause I don’t know where my engineer is,” Blackway recalled. “So now I’m just standing in the cold. I wish I could tell him ‘I would never walk into your session [had I known you were there]. The engineer eventually calls me back and was like ‘my bad, I was in the other room. I didn’t have any service, blah blah blah.’ So I walk over there, then I get a call from Bu, who’s like, ‘Yo, you can’t just walk into Kanye’s session like that.’ Now I’m trying to explain to him, ‘Yo Bu I would never do that. Knowing he was there I would never do that bro. You know me, I’m a very professional person. I would never do that.’ He’s like, ‘alright man, it’s all good.’”

Kanye with @CousinSkeetHer and Jerome Stewart at his ranch in Wyoming. pic.twitter.com/A5WNOgx8is

After a series of nightmare scenarios, Blackway’s luck seemingly had changed. In a comfortable space and unexpectedly vibing with one of rap’s biggest stars. But just as things were starting to look up he got the text message of doom.

“So, now I’m in that other room and we’re working,” Blackway continues. “There were a lot of people there, CyHi The Prynce was there. So Big Sean walks in; he was like the coolest guy in the world. He was literally sitting next to me, and we’re running through some stuff on the computer. Then I get a text message from, I think it was the travel agent. He was like, ‘Aah man. My bad. There was a mixup. You have to get on a 6:00 a.m. flight.’ I’m like ‘they’re kicking me out.’ I was supposed to be there for like two weeks. I didn’t even get the chance to show [what I could do]. That was it man, my road manager was in the hotel. I went back to the hotel like ‘Yo, we’re getting kicked out. You gotta pack your shit. We’re outta here.’”

While the incident from late 2019 stayed in Blackway’s head for some time, he found comfort in his home country, and as the year rounds the home stretch, the “Heavyweight” rapper has a lot to be thankful for.

“It was actually right before I left to go to Ghana, it messed with me for a little bit cause I was like ‘Damn, that was supposed to be a dope opportunity, but even the stuff that I was recording and doing wasn’t necessarily stuff that I [was proud of]. I was rushing. I was doing more quantity over quality. Normally I’ll spend eight hours in the studio just cause I want the shit [to be perfect]. It was one of those times where it just didn’t come together. I was in my head. I have bad anxiety. It messed with me for a while but literally less than two weeks later I booked a flight to go to Ghana. I’m like, ‘Yo, I’ma go back home. I’m gonna start an album from Ghana and maybe I’ll feel a little better after that, and I did.

Be on the lookout for Blackway’s new project, which he says is coming in the next month.