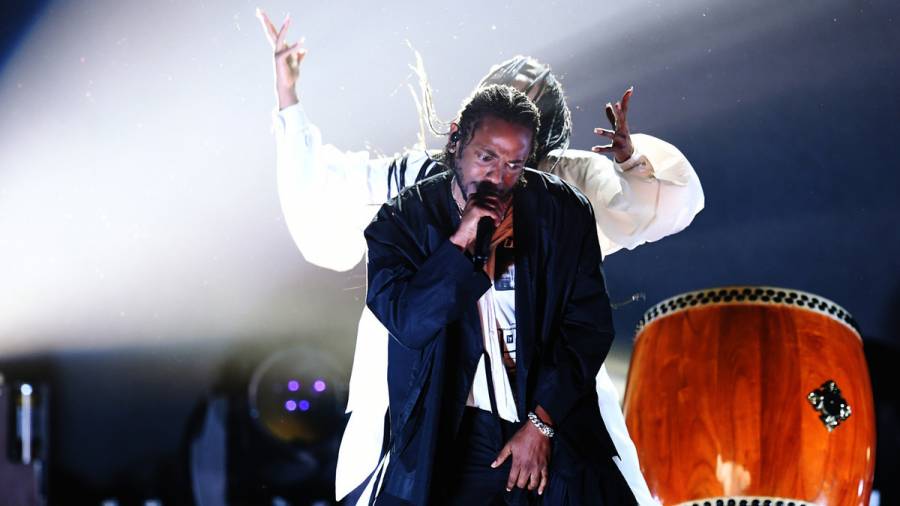 Anticipation for Kendrick Lamar’s follow-up to his 2017 Pulitzer Prize-winning album DAMN. seems to be at a fever pitch. In recent weeks, he’s been spotted filming a music video around Los Angeles, did an interview for i-D Magazine and even made a rare appearance on social media to “scold” Anthony “Top Dawg” Tiffith for letting rumors about his Top Dawg Entertainment status fly.

But on Monday (October 19), TDE president Terrence “Punch” Henderson took things up a notch when he insinuated K. Dot’s next album is right around the corner. When a fan asked him on Twitter when the album was dropping, he replied “Pretty soon.”

After being asked if that meant “this year soon,” Punch said, “As in soon soon.”

As in soon soon

Although Punch didn’t provide an actual release date, it does sound like the project will hit digital streaming platforms before 2020 wraps up. Renowned bassist Thundercat, who played on Kendrick’s third studio album To Pimp A Butterfly and the aforementioned DAMN., confirmed his involvement with the highly anticipated album in March.

During a video interview with Japanese fashion brand Neet Tokyo, Thundercat said,“I think I worked on the new one a little bit. But not as much.” From there, he quickly pivoted to Kendrick’s overall career.

“I feel like Kendrick is and will be a beacon of what it means to be one of the more creative artists of our generation through the way the albums have twisted and turned,” he continues. “It speaks beyond its years. Him as an artist, he inspired me a lot. A lot.

DAMN. debuted at No. 1 on the Billboard 200 upon its release, selling over 603,000 copies in its first week. The project was supported by three official singles — “HUMBLE,” “LOYALTY” and “LOVE,” the first of which became Kendrick’s first No. 1 single on the Billboard Hot 100 as a lead artist.

Since then, the album has been certified 3x-platinum by the Recording Industry Association of America (RIAA) in May 2018 and was also the Billboard Year-End No. 1 album of 2017.