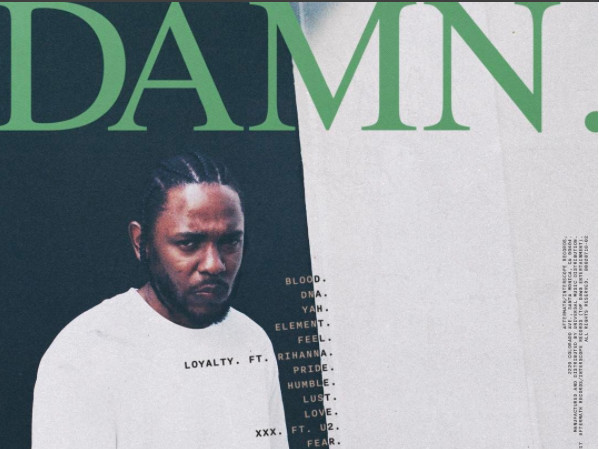 Kendrick Lamar's "DAMN." Predicted To Return To #1 On Billboard 200

After spending weeks at #1, Kendrick Lamar’s DAMN. took a slight blow when Logic’s album, Everybody, momentarily nabbed the coveted Billboard 200 spot earlier this month. According to Hits Daily Double, that could change and we might see DAMN. with the crown once again for the coming week. Alternative rock band Linkin Park is expected to debut at #2 with its One More Light project. Elsewhere on the list, Migos, Drake, Post Malone, Logic and Future are predicted to stay in the Top 20.

DAMN. Returns With A Vengeance

K. Dot’s fourth studio album has been well received by fans and critics alike, so it’s not surprising DAMN. could recapture its initial glory. When it debuted on April 14, its first week sales amounted to 610,000 equivalent album units, setting the bar incredibly high for everybody else. This week, the project is expected to hit between 95,000 and 105,000 SPS (Sales Plus Streaming) units.

The Canadian superstar’s More Life album is expected to sit in the #4 slot this week, with a number of 51,000 to 65,000 SPS. It maintains its title as the most-streamed project in the country with more than 385 million plays, according to Billboard.

Migos Still In The Top 10

Quavo, Takeoff and Offset’s Platinum-certified CULTURE album has been high on the Billboard 200 chart since it debuted in January 2017. If all goes smoothly this week, it will have climbed three spots since landing at #13 the week before. It is expected to pull 28,000 to 32,000 SPS units.