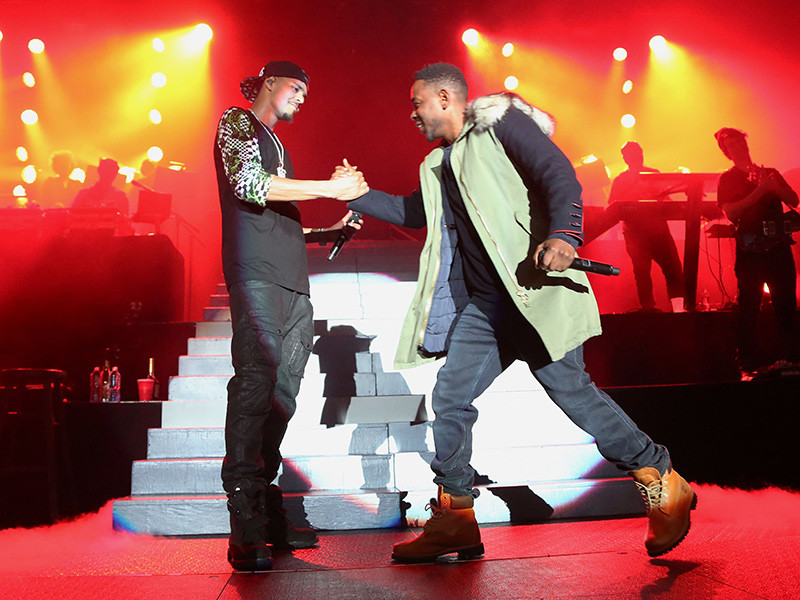 TDE's Punch Is All Over The Map With J. Cole & Kendrick Lamar Album Update

A fan asked Punch for an update on the project, but the TDE boss replied with a heavy dose of sarcasm before delivering his answer to the question. “Probably never,” Punch wrote.

He followed up with, “I was just playing about that dot and cole joint. It’s coming for sure maybe. I don’t know it might happen. Probably. Actually hit them,” followed by three “joy” emojis.

I was just playing about that dot and cole joint. It's coming for sure maybe. I don't know it might happen. Probably. Actually hit them ???

News of a collaborative album between Cole and Kendrick surfaced in 2012 after the 4 Your Eyez Only MC confirmed the two were working on a something together.

Late last year while promoting his TDE project Do What Thou Wilt, Ab-Soul said told The Breakfast Club, “They got it. They got something in the works. They been working on that muthafucka for a while.”

So far, the only music that’s pointed to the actual existence of their collaborative work came in the form of the 2015 Black Friday remixes. Comprised of two tracks, the remixes found Cole spitting over Kendrick’s To Pimp A Butterfly single “Alright” and Kung Fu Kenny tackling 2014 Forest Hill Drive‘s “Tale of 2 Cities.”

In late July, Kendrick also brought out Cole during his Detroit show, igniting a thunderous reaction from their fans.

The moment Kendrick brings out J Cole in Detroit ? pic.twitter.com/kjQZbMRZlc