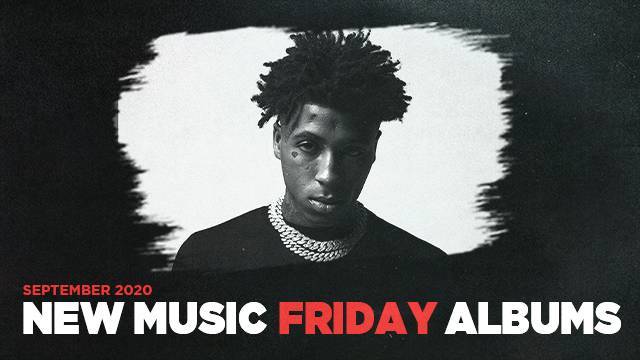 It’s time for another New Music Friday, which means Hip Hop fans have more music to add to their playlists and listening queues. The two marquee albums of the week are the latest works of YoungBoy Never Broke Again and Conway The Machine.

Both artists have been very busy in 2020 as their September releases mark their third projects of the year.

YoungBoy’s Top follows his Still Flexin, Still Steppin mixtape and the Billboard 200 chart-topping 38 Baby 2. Conway’s From King To A God arrives after his Alchemist-helmed LULU EP and the Big Ghost collaboration No One Mourns The Wicked.

Other notable LPs for the week include a new album from Bobby Sessions, who co-wrote Megan Thee Stallion’s hit single “Savage.” Also, Hip Hop’s resident Flat-Earther B.o.B is back with the follow-up to 2019’s Southmatic.

Check out the New Music Friday streams below.

YoungBoy Never Broke Again looks to score another No. 1 album with the release of his Top LP. The Atlantic Records artist’s 21-track album features collaborations with Snoop Dogg and Lil Wayne.

Conway The Machine – From King To A God

Conway The Machine has assembled an all-star lineup for From King To A God. The album boasts production by DJ Premier, Alchemist, Havoc, Murda Beatz, Khrysis, Daringer, Hit-Boy, Erick Sermon and Beat Butcha. It also contains appearances by Freddie Gibbs, Method Man, Westside Gunn, Benny The Butcher and Lloyd Banks, among others.

Def Jam rapper Bobby Sessions resumes his RVLTN series, which began in 2018, with Chapter 3 a.k.a. The Price of Freedom. The Dallas native’s third RVLTN entry includes 13 songs and contributions by Royce Da 5’9, ZYAH and The Outfit, TX.

B.o.B has dropped his new project Somnia, which he describes as his first album with a theme. Big K.R.I.T. is the lone guest on the 10-track, independently released LP.