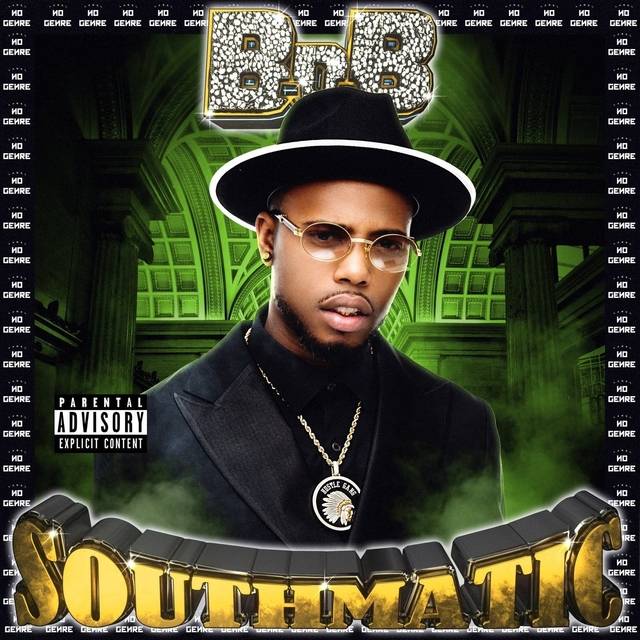 B.o.B is one of the more frustrating rappers to come out in the last dozen years. He’s shown enough flashes of brilliance to hint at the rapper he could be if he were more focused. These instances are splattered throughout Southmatic, an album that is sonically entertaining but thematically mediocre.

Much like the title suggests, Southmatic has a musical East Coast spin. Though no one would compare B.o.B to Nas, Bobby Ray proves an ear for beats that Nasty Nas sometimes lacks. The self-produced album features moments of nostalgic flair on nearly every track. Whether it’s the wistful soul of “Magic Number,” the enticing doo-wop of “Frankie Limon” or the thumping drums of the opening “Elephant,” B.o.B. provides ear-candy that merits repeated spins. B.o.B should be commended for sonic risk-taking that mostly pays off; who else would be fearless enough to turn the corny classic “Soul Glo” jingle from Coming to America into an inspiring cut?

The production on Southmatic proves B.o.B still has a knack for musical eccentricity that also is accessible.

The music is only half the battle, and B.o.B loses the other half in lackluster lyricism that wallows in Hip Hop tropes. If he’s not rapping about how much better he is than other rappers, he’s explicitly detailing his sexual exploits. At times, his raps are entertaining, but just as often the lyrics suffer from a lack of ingenuity. “Yeah it’s halftime but you a whole ho” he lamely spits on “Elephant.” Meanwhile, “Magic Number” finds him quipping “She swallowed all the kids, no child left behind.” The words, especially juxtaposed with such a soft vocal sample, may leave listeners squirming in their seats.

There are moments worthy of enjoyment on this album, however. “Ray Charles” features a savory sample from, well, Ray Charles as B.o.B. details a man who just can’t catch a break. And, B.o.B impressively emulates Eazy E’s flow on “6 In The Morning.” Most impressive is the way the southerner bodies Ol’ Dirty Bastard’s “Shimmy Shimmy Ya” beat on a track named after Dirt McGirt. Here, he flashes the introspection that could have once made him great. “How you conscious running for congress/Ain’t this the system that put your people in bondage?” he poses.

Had there been more quotables like the aforementioned from “Ol’ Dirty Bastard,” combined with the colorful production, this album could have been a clear-cut winner. However, much like his last go-round, NAGA, B.o.B spends too much time flexing in the mirror and not enough time on weighty topics for this album to be worthy of repeat spins.