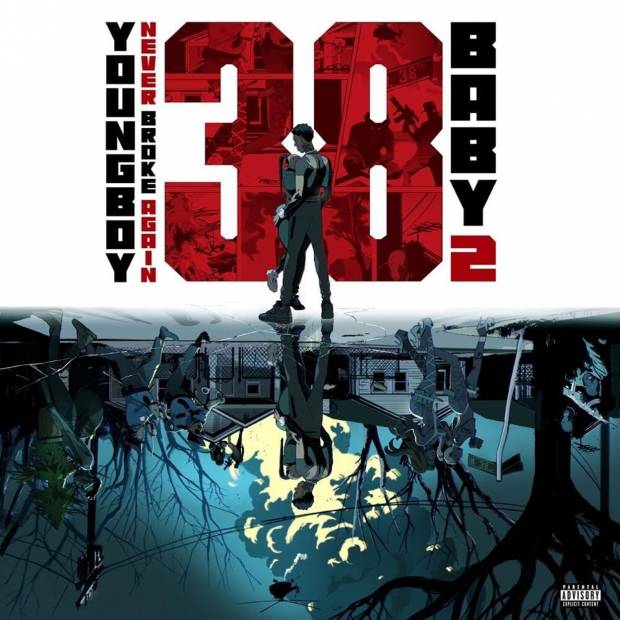 YoungBoy Never Broke Again has a lot going on. The Louisiana rapper has been a fixture in headlines, and rarely for good reason. There’s Floyd Mayweather’s daughter stabbing Youngboy’s baby mama in his own home, there’s worrisome tweets that had fans and loved ones concerned about his well-being. Oh, and there’s a rapper beef that landed his name on rolls of toilet paper.

He brings all this pain and so much more to 38 Baby 2, but to middling effect. Despite the passion he puts into his vocal performance, it still sounds lazy, due to run-of-the-mill production from novice beatmakers like TNTXD.

A high point arrives on “Bout My Business,” the album’s first song. After a jailhouse call from YoungBoy’s grandfather and mournful singing from the artist himself, YoungBoy’s mother Sherhonda Gaulden pops into the frame to talk up her son. Her delivery is on point, and she even supplies one of the album’s best quotables in “He married to this shit, he bought himself a wedding ring.”

From there, however, there’s very little to validate the praise she heaps on her baby boy. Raw emotion leaps forth on just about every song, but outside of the heart-wrenching “Top Line,” it fails to connect. 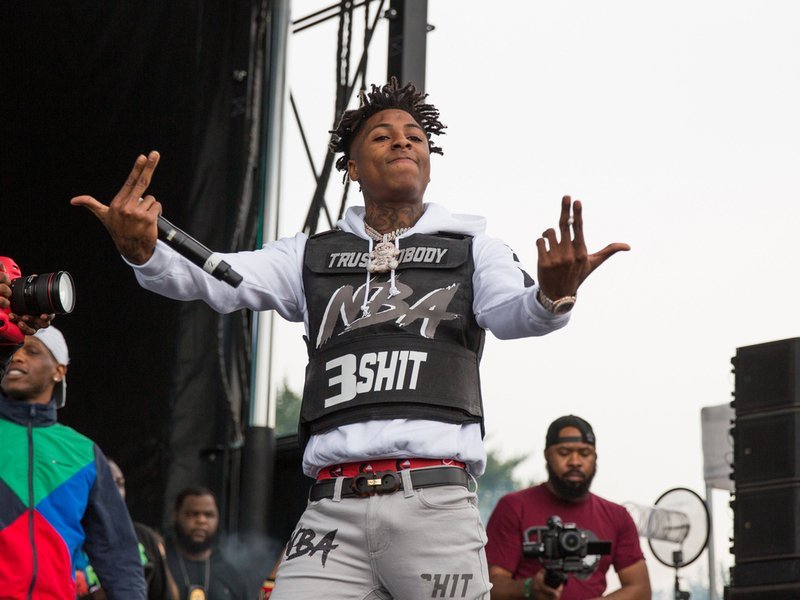 Too often, the rapper stuffs a buffet’s worth of syllables into each bar. Take the second verse on “Pick From Pain.” The flow is “impressive,” but it’s ineffective, blurring together under the rigid auto-tune. There’s a similar result on “Thug of Spades,” featuring a DaBaby verse that’s loaded with over-aggressive punch-ins. The words can’t breathe for even a moment.

YoungBoy does go on a tremendous run from “Rough Ryder” through “Nawfside.” Here, he discards unsuccessful crooning for trumpeting boasts over pounding instrumentals. On “I-10 Baby” the rapper sounds locked in and laser-focused, energized by the trapper lifestyle. He makes it clear that a global pandemic won’t stop the hustle: “I ain’t quarantining for a reason, we ain’t closing no stores.”

Even on these high-octane songs, there’s little joy to be found. YoungBoy sounds tormented from the jump, and it’s apparent in each melody, inflection, and lyric on the album. He’s still churning out new music at a ferocious pace, but on 38 Baby 2, there’s nothing with the glorious swagger of “Make No Sense” or the magical trance of “Outside Today.”

It’s been reported that he recently left social media and plans to take a break from music on his quest to find “peace.” Here’s hoping he finds it.