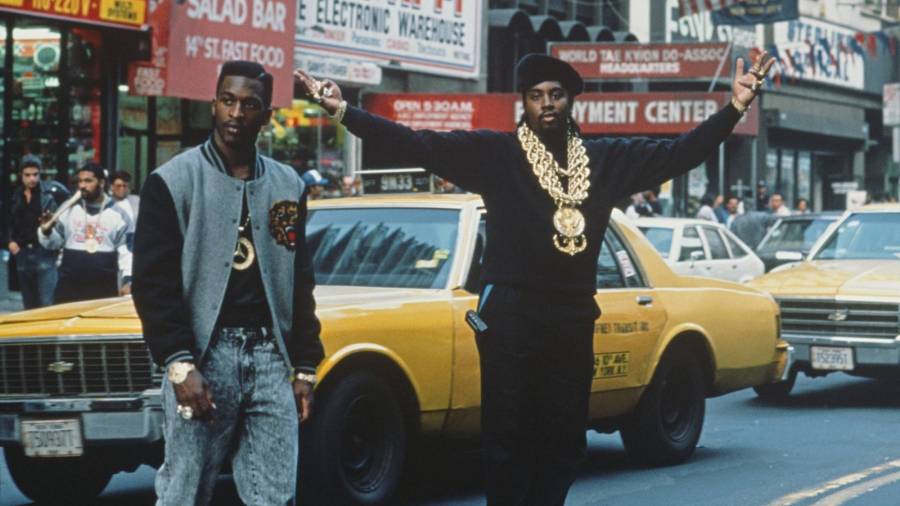 Editorial – When Kool Herc left Jamaica for the United States, he likely had no idea the profound impact he would have on the entire world. Settling in the Bronx, Herc brought “toasting” with him (the Jamaican form of rapping) and the penchant for loud, booming sound systems often found in Jamaican dance halls.

On August 11, 1973 (exactly 47 years ago), Herc and his sister Cindy Campbell hosted a “Back To School Jam” at 1520 Sedgwick Avenue where he put his vinyl collection to use and ultimately helped usher in a whole new era — Hip Hop.

Credited as one of Hip Hop’s founders, Herc learned to isolate the “break” (or drum beat) on a record and switch from one break to another using two turntables, effectively crafting the blueprint for Hip Hop music.

From there, fellow DJs such as Afrika Bambaataa and Grandmaster Flash continued to push the movement forward until Hip Hop ultimately became the global phenomenon it is today.

In an effort to help Hip Hop fans around the world celebrate Hip Hop’s 47th birthday, HipHopDX has laid out five ways to pay tribute to the vibrant culture that has given so much to so many.

The roughly 37-minute set brings together a roster of pioneering Hip Hop artists who rap along to some of their most iconic hits. Other special guests include Rakim, MC Shan, MC Serch, MC Lyte, Salt-n-Pepa, Big Daddy Kane and Smooth B.

“DJ Cassidy has been coming to my house to talk Hip Hop and DJing since he was 11,” Serch tells HipHopDX. “As I think about Hip Hop music and its 47th Solar Revolution, I am reminded about that music we heard mixed and blended. We only knew the first verse and the chorus. We only knew the name and not what the artist looked like. It was about a vibe you caught in the park, the club and eventually the live performance.

“Cassidy did something amazing because Hip Hop did something amazing. It flourished and grew out of need — not choice — and brought us all this vision of how we lived and how we have grown. I owe everything to Hip Hop. Those artists Cassidy blended were the educational resources to get my degree in emceeing. Thank you Hip Hop and thank you Kool Herc and the Herculoids for throwing jams in the park and being the spark that created the largest music genre in the world.”

There are several films every Hip Hop fan should be required to watch before even considering themselves a full-fledged connoisseur — Wild Style (1982), Krush Groove (1985) and Beat Street (1984) are just a few that come to mind. But in terms of newer documentaries, the Netflix series Hip Hop Evolution should also be added to the list.

From DeRobert & The Half Truths and the late Bill Withers to New York Mary and Eric Burden & War, Quest pulls out several of the building blocks of Hip Hop music for a well-rounded education on all things soul, funk and jazz.

HAPPY BIRTHDAY HIP HOP!! Show dedicated to Hip Hop! #RP @bronxnettv In celebration of the anniversary of Hip-Hop on August 11, we are airing a special this week beginning this Tuesday. Our partners include The Hip Hop Film Festival, Windows of Hip Hop, Inc., Bronx Edulution, and the Borough President is presenting a proclamation. GrandMaster Melle Mel MC's an epic DJ Battle featuring GrandWizzard Theodore and DJ Jazzy Jay at BronxNet at the HUB in the birthplace of Hip Hop at celebrating the Anniversary with artists representing all of the elements from the Bronx to the World on BronxNet TV. . . BronxNet TV channel 67 Optimum and channel 2133 Fios and BronxNet.tv at 8pm Tuesday 8/11 #windowsofhiphop #harlemfilmhouse #hiphopfilmfestival #grandmastermellemel #DJJazzyJay #bronxnet #Grandwizzardtheordore @mellemelglover @originaldjjazzyjay @bronxnettv @therealgrandwizzardtheodore #DJBattle

According to the Instagram caption, the event consists of “an epic DJ Battle featuring GrandWizzard Theodore and DJ Jazzy Jay at BronxNet at the HUB in the birthplace of Hip Hop at celebrating the Anniversary with artists representing all of the elements from the Bronx to the World on BronxNet TV.”

The Music History Today podcast has a special edition planned for Hip Hop’s birthday. According to a Twitter post, the show breaks down how Herc’s “Back To School Jam” led to the birth of Hip Hop culture, providing a comprehensive overview of its origins.

The show is currently up on SoundCloud. Find the link here.