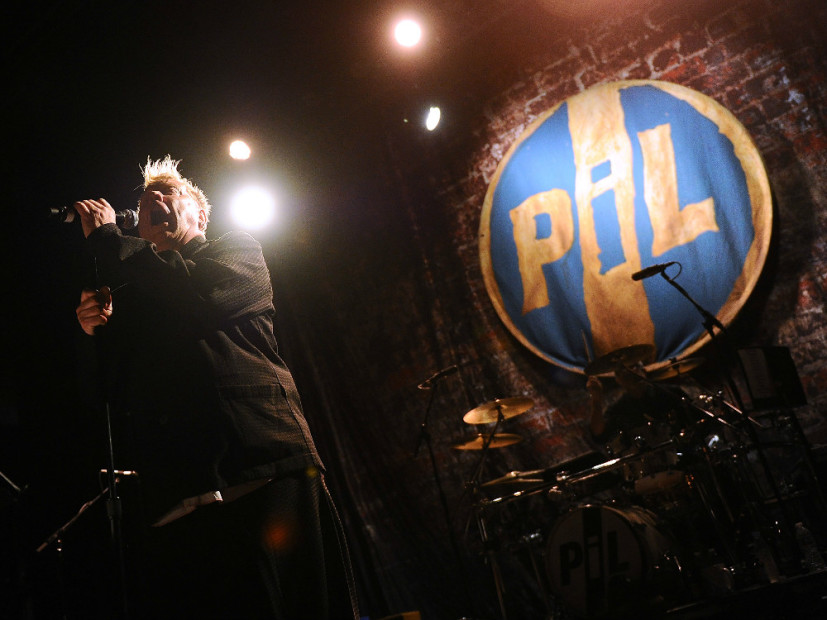 By the early ’80s, the British punk rock pioneers, Sex Pistols, had run its course, mainly due to the 1979 heroin overdose death of bassist Sid Vicious in Greenwich Village, New York City. Consequently, that left lead singer John Lydon, otherwise known as the infamous Johnny Rotten, with more time to focus on his post-punk band, PiL (Public Image Ltd.), and other solo ventures. As the legendary icon prepares to release Mr. Rotten’s Songbook, commemorating 40 years of his work with both the Pistols and PiL, he’s been speaking on his colorful past.

In 1984, Lydon teamed up with Afrika Bambaataa and his Time Zone project with producer Bill Laswell for the track “World Destruction,” something seemingly completely outside of his wheelhouse. However, it became the first incarnation of rap-rock, and truly laid the foundation for collaborations between artists like Run-DMC and Aerosmith, who joined forces for the rap-rock monster hit, “Walk This Way,” only two years later.

“Bambaataa is like me,” 61-year-old Lydon tells HipHopDX. “He loves all music. As a DJ, he’d do wonderful crossovers between Parliament or any of the great funk bands like the Ohio Players and mix it in with Kraftwerk. That was exciting stuff to be listening to. The audience’s eyes would be wide open. I’d always be there on the dance floor in the middle having a good time. We got together in the studio and that’s where I met Bill Laswell, the bloke who produced Bam’s album. We put that Time Zone together and that’s really how rap kicked out.

“At the time, I had really never seen anything like that aside from the Jamaicans toasting,” he continues. “That’s where the roots were. There was a band called The Last Poets, who were absolutely fantastic and, of course, Gil Scott-Heron.”

In terms of the molestation allegations against the “Planet Rock” maestro, Lydon is not ready to hang him out to dry or speak ill of The Zulu Nation founder.

“We’ll wait and see,” he says. “I don’t know. I’ve got no evidence either way. It’s not anything that would occur to me as being a possibility. I’ve been around child molesters all my life [in Catholic churches]. I think I could have smelled one [laughs]. A man is innocent until proven otherwise. There it stands.”

In April 2016, Bam was accused of molestation by Bronx political activist Ronald Savage, who alleges the incident occurred when he was a teenager in 1980. Following the scandal’s blow up, three more men followed suit and alleged abuse, which Bambaataa adamantly denied in a statement issued to Rolling Stone. There, he said the accusations were both “baseless and cowardly.” Unfortunately, the damage was done and he was eventually dismissed as the head of The Zulu Nation, although he has not been tried nor convicted of the crimes.

“By no means should we start sticking pins in the accusers,” Lydon says. “For the last 10 years, I’ve watched people trying to sue every BBC disc jockey for child molestation cases going back 50 to 60 years, and an awful lot of them were innocent, but there were innocent people in there. Everyone is innocent until that changes.”