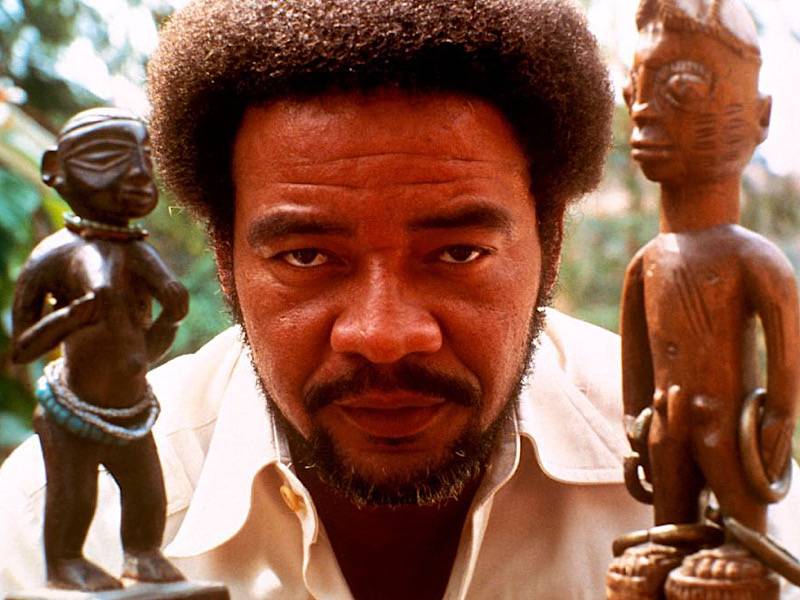 As the world mourns the loss of legendary musician and Rock and Roll Hall of Famer Bill Withers, HipHopDX thought it would be an appropriate time to reflect on some of the great Hip Hop songs inspired by his music.

Excluding obvious ones, such as Will Smith’s timeless “Just The Two Of Us” and crossovers such as the enduring party staple “No Diggity” by Blackstreet, we’ve compiled a list of 20 songs worth multiple spins.

K.R.I.T gives a lyrical nod to lesser known Withers classic in this hyper-emotional cut off of his 2010 mixtape K.R.I.T Wuz Here.

Kanye West took the “Use Me” title literally, grabbing a drum breakdown to create this criminally slept on collaboration for Nas’ Hip Hop Is Dead LP.

A classic used to make a classic. The breakdown from “Kissing My Love” became the backbone for the third and final single from Dr. Dre’s iconic debut album The Chronic.

Yeezy lifts the emotional keys off “Rosie” for this sentimental account of a hospital visit with his dying grandmother.

Sample: “Just the Two of Us“

This is one of those remixes that would’ve been much harder to clear after Will Smith’s timeless ode to fatherhood. Real heads should also check out the booming New York Port Authority Sample on the original.

Kendrick Lamar – “Sing About Me, I’m Dying of Thirst”

This isn’t the first time K. Dot sampled Withers, however it’s the first time he went through the proper channels to clear the sample. He was sued a few years ago for failing to get the paperwork straight for a direct sample used on “I Do This” off his self-titled debut release.

Sample: “Don’t You Want to Stay“

Biz tapped Withers for what (in hindsight) is a really strange song. It’s kind of like book report written by someone who only watched the last five minutes of the movie adaption.

Ghostface used some Withers vocals on this Eddie Holman sampled standout off of his Supreme Clientele LP.

X put a dark spin on the original for his version, which appeared on the soundtrack for Exit Wounds — a 2001 film he starred in alongside Steven Seagal.

Swizz Beatz grabbed a Withers staple for this B-side cut off of his 2007 debut album One Man Band.

This direct sampling of the breakdown drums became the base for Cole to spit alongside KOD’s sole feature — himself with a vocal software kiLL Edward.

In another direct sampling of “Lovely Day,” Twista and Anthony Hamilton serve up a humble slice of morning motivation. Sidebar, if you slept on Kamikaze, it’s worth a revisit.

The fourth and final single off of Pac’s Strictly 4 My N.I.G.G.A.Z, it stands as one of the most poignant Hip Hop songs ever made that encapsulates a child’s anger toward a dead-beat dad.

Producer N.O. Joe flipped a Withers sample for this largely forgotten gem from the group’s fourth, Willie D-less album Till Death Do Us Part.

Trackmasters bodied this sample, which served as the second single from Cam’s debut album Confessions of Fire.

It really isn’t an Eric B. & Rakim concert if they don’t perform this classic ode to the ghetto. It holds all the way up.

This was a direct sample flip by apl.de.ap, which appeared on the Black Eyed Peas’ sophomore album of the same name. This was just before they added Fergie and went through their commercial phase.

Drums from Withers’ original can be found on the outro of this title-track from Logic’s debut studio album — dropped shortly after his Visionary Music Group inked a deal with Def Jam.

Jungle Brothers – “Straight Out The Jungle”

Produced by the trio themselves, this was the title song off the album that officially marked the birth of the Native Tongues.

A dusty gem off of his slept on The Lost Tapes EP that dropped just a month after his critically acclaimed Disposable Arts album.

Sample: “Just the Two of Us“

When people talk about the old Slim Shady, this is the one they’re referring to — the one who had his baby daughter help him throw his dead wife’s body in the water.