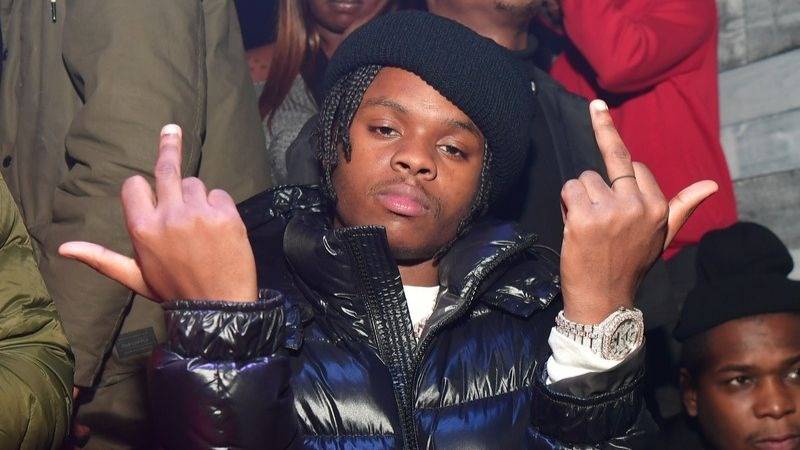 42 Dugg Clears Up 'Sucking Dick' Line For All His Haters

42 Dugg found himself a trending Twitter topic on Tuesday night (July 21) after a clip went viral of him supposedly rapping about “sucking dick.” But as it turns out, the Detroit rapper was simply exposed to some internet foolery.

Shortly after the chaos erupted on the social media platform, Dugg clarified the lyrics, writing, “HOES OUT HERE SUCKIN DICK… I WAS TRYNA PAY HER RENT.”

HOES OUT HERE SUCKIN DICK… I WAS TRYNA PAY HER RENT 🤷🏽‍♂️

In another post, Dugg explained he was simply the victim of someone trying to get their Twitter numbers up. He shared a screenshot of an exchange he had with the person allegedly responsible for the viral content.

“Take that fake ass shit off your page nigga,” he wrote. “y’all know I ain’t say no shit like that.” The person then promised to take it down if Dugg followed him back.

He added across the top, “Y’all niggas stop playing with me tryna get y’all followers up.”

In the doctored clip, it sounds like Dugg says, “I was out here suckin’ dick,” which sent Twitter into a frenzy.

42 Dugg after he finished paying his rent pic.twitter.com/9t3HWwJZWo

Lil wayne: Suck a nigga dick for some Trukfit

42 dugg after being dragged about suckin sum d**k : pic.twitter.com/3cQgChZK6O

Gay niggas when they heard that 42 dugg snippet pic.twitter.com/s2S5edefIC

niggas in the studio when they heard 42 Dugg: pic.twitter.com/kBxW4K2oNQ

42 Dugg waiting on his boyfriend 😂 pic.twitter.com/6RXKqgGzTR

42dugg getting that rent money pic.twitter.com/mbdiq2XznH