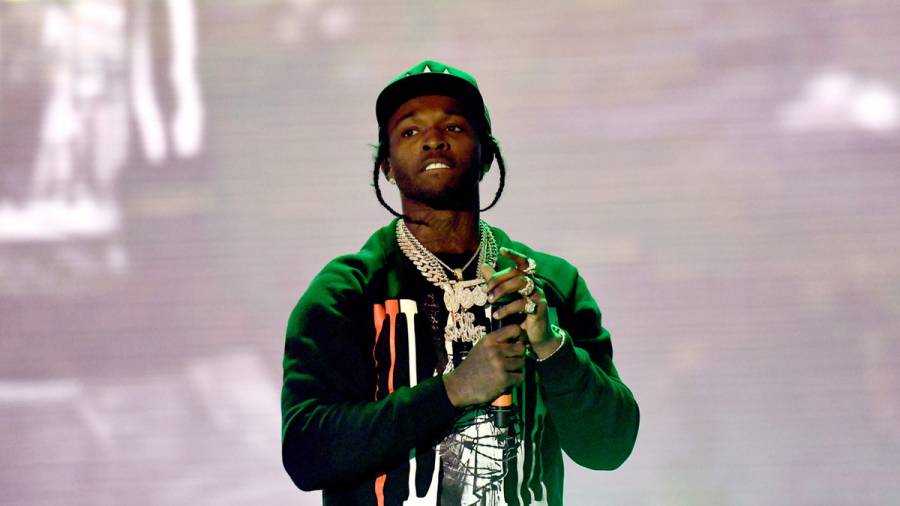 Pop Smoke’s Shoot For The Stars Aim For The Moon has taken over the Billboard charts. In addition to debuting at No. 1 on the Billboard 200, all 19 tracks from the LP have charted on the latest Hot 100.

The late rapper earned the first Top 10 song of his career, reaching No. 6 with “For The Night” featuring DaBaby and Lil Baby. He narrowly missed a second Top 10 entry with his 50 Cent and Roddy Ricch-assisted cut “The Woo,” which entered at No. 11.

Two tracks released prior to the arrival of Pop’s posthumous album also attained new peak positions. His 2019 hit “Dior” rose from No. 44 to No. 22 while “Make It Rain” with Rowdy Rebel re-entered the chart at No. 49, jumping up a few spots from its previous peak of No. 51.

Every single song from Shoot For The Stars Aim For The Moon charted in the Top 80 of the Hot 100. The outro, “Tunnel Vision,” was the lowest-charting entry at No. 79.

View the full list of Pop’s chart entries and stream the album below.