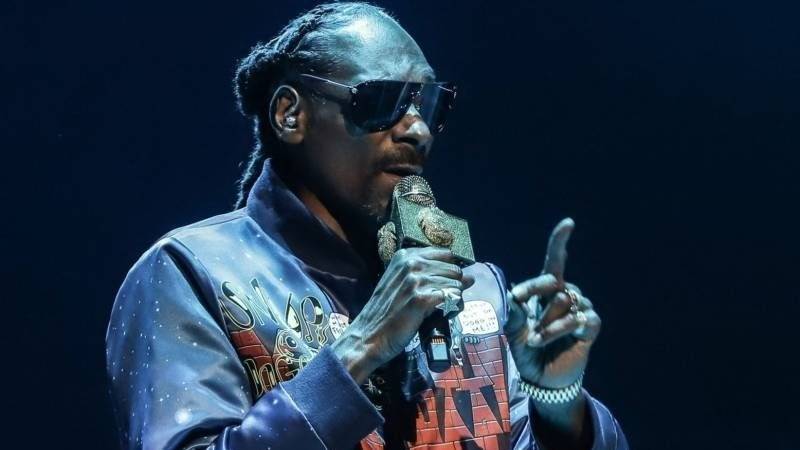 Snoop Dogg shared a handful of social media posts from his studio session with Dr. Dre and Kanye West over the weekend.

While the excitement for another Dre and Snoop collaboration was palpable, the disdain for the Doggfather’s willingness to be in the same room with Ye was difficult to ignore for some people.

Over the past four years of Donald Trump’s presidency, Ye has loudly vowed his support for the current POTUS numerous times. Not only did he proudly rep a Make American Great Again (MAGA) hat but in October 2018, he also had a highly publicized meeting with Trump at the White House where he doled out hugs like his life depended on it.

In March, he once again reaffirmed his allegiance to Trump during an interview with Wall Street Journal Magazine, saying, “I’m a black guy with a red [MAGA] hat, can you imagine? It reminded me of how I felt as a black guy before I was famous, when I would walk in a restaurant and people would look at you like you were going to steal something. ‘This is your place, Ye, don’t talk about apparel. This is your place, Ye, you’re black, so you’re a Democrat.’” 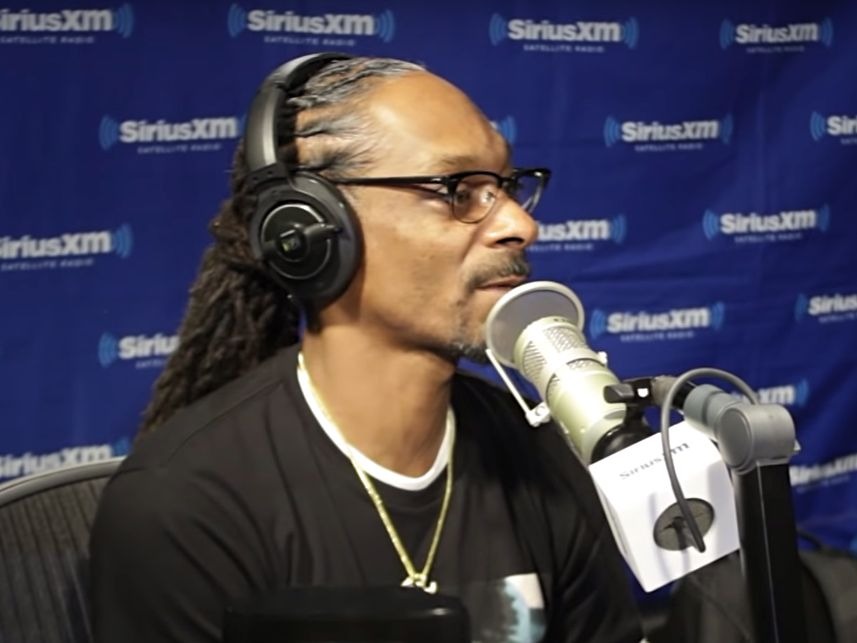 Snoop Dogg Blasts Kanye West & All Other Trump Supporters: "Fuck You & Fuck Him"

Meanwhile, Snoop has been an outspoken critic of Trump and anyone who supports him, including Ye. In a 2018 interview with Sirius XM’s DJ Suss One, Snoop said anyone supporting Trump is a racist.

“If you like that nigga, you’re a muthafuckin’ racist. Fuck you and fuck him…Kanye too, nigga, don’t forget about him too, fuck you too! Throw him in the bag ‘cuz he right with them muthafuckas.”

Naturally, Twitter was quick to point out the perceived hypocrisy. Check out some of the reactions below.

Snoop Dogg shitted on Kanye and Kim for 3 business days and now he's on Instagram saying "WE MAKING MOVIES !!!!" in the studio, this is nasty. https://t.co/DfDiYTu2C7

Really??
Did you play in the front yard of the crib where you fell down and bumped youre head or what???

Sorry Sn?p, what the f… makes you to work with kanye west, do you still have your soul? pic.twitter.com/ohFf9a0UJL

Fuck snoop dogg. He’s the biggest hypocrite. He was talking all bad about Kanye when he was wearing MAGA hats now he’s in the Stu with him? Lame as hell https://t.co/weQUK2xwRL

Snoop Dogg fake as hell for kicking it with Kanye after talking all that shit about my boy. My nigga Ye so forgiving????

Snoop Dogg been hating on Kim and Kanye for the longest and now he's making music with Kanye. This life aye…..

Snoop Dogg talking bad about Kanye for 2 years just to end up in the studio with him and Dr. Dre: pic.twitter.com/y1NmUXJuwL

That nigga Snoop Dogg shouldn’t be anywhere near Kanye West right now. All that shit he’s talked about him & his wife? Mannnn Kanye is a better person than me cause I would’ve had to pull up on bruh. Say one more word about my wife & it’s gon’ be a misunderstanding ‘around here.

Snoop Dogg forgave a killer like Suge Knight so why is everyone surprised that he is suddenly friendly with Kanye? pic.twitter.com/nFIYfoLwcH

Snoop Dogg is a joke. Spent the past two years shitting on Kanye for IG likes, then the moment he gets the chance to be in the studio with him, he’s doing secret video recordings like a hoe ??

Ya remember when snoop dogg was talking hella shit bout Kanye, now he in the studio looking like a groupie? ? clown

Look at snoop dogg being humbled by Kanye’s presence after talking shit on the man like no other.

Idc snoop dogg was just eating the dick up about Kanye nowwwww you’re all of sudden working on music together .. this industry is so fake and phony https://t.co/nas4WR2X3U