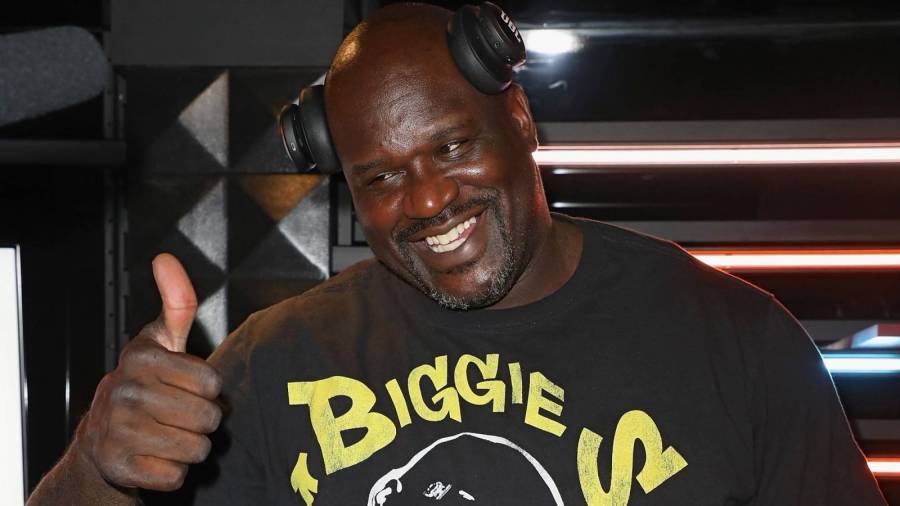 The livestreamed “party with a purpose” will feature performances from DaBaby, Diplo, Snopp Dogg, Carnage and Steve Aoki, among others.

“Gronk and I met at the first Shaq’s Fun House in Miami during a dance battle and have been friends ever since,” he tells HipHopDX’s Kyle Eustice. “When the pandemic began, Gronk and I both knew it was about to get ugly and affect the whole world. We’ve never been ones to stand down and not use our platforms for good, so we would send a few ideas back and forth.

“One day it hit me — what if we went head to head competing in some epic challenges raising money for some of our favorite charitable organizations? Safe to say Gronk loved the idea so I took care of booking the talent for us.”

Are you ready to party with a purpose alongside me and @GRONK? Win an exclusive fan experience with The General Admission Sweepstakes! 1 grand prize winner will win The General Admission Prize Pack, including a virtual meet and greet with myself and GRONK before the livestream, autographed jerseys, and more. Plus 10 winners will get an autographed ball just for registering. Go to http://www.thegeneral.com/shaqvsgronk to learn more and enter for your chance to win!

Some of those challenges include a lip sync battle, game of H.O.R.S.E,  jousting, sports trivia and the Buffalo Wild Wings & Door Dash Blazin’ Challenge — and Shaq vows to beat Gronk at every single one of them. But he has three events he’s looking forward to the most.

“I am going to destroy Gronk in all of the challenges, but I think it’s a three-way tie between Monster Energy’s Inflatable Jousting, the Rocket Mortgage Sports Showdown or the game of YAPPA, also known as H.O.R.S.E.

“The General’s Lip Sync Battle will be a fun one too,” he says. “I think these challenges push Gronk and I to be the most creative while out of our comfort zone, which is great. We want the world to see us struggling and pushing our limits for the greater good. Hopefully, that incentives donations as well.”

The winner of each challenge will earn a donation to their charity — Team Shaq is representing The Boys and Girls Club while Team Gronk is competing for the National Association for the Advancement of Colored People (NAACP). The official delivery partner of the event, DoorDash, has also pledged to donate one meal to those in need for every livestream viewer up to 1.25 million meals via Feeding America.

Nothing unites people like sports & music. We have all been missing out on them so I got with my big bro @SHAQ and my friends at @TheGeneralAuto to create a virtual party with a purpose to give back to benefit social justice and raise a ton of money for the @naacp and @bgca_clubs! I'm coming for you in these challenges old man @SHAQ and im gonna beat you on the dancefloor too. See you soon @SnoopDoog, @Diplo @SteveAoki, @Dababy, @Carnage. Tune in free of charge next Saturday at 8PM EST at www.ShaqVSGronk.com and on @TikTok!

As protests continue to erupt across the United States in the name of all the black lives lost at the hands of police, the NAACAP donation is particularly important.

“I will keep the politics to the politicians, but I will say this — it has never been easier to stand up and voice whatever you believe in,” he says. “Gronk and I believe this is our best time to put together a party for a purpose that will raise a significant amount of funds for the organizations who truly need it the most. I know I speak for both of us when I say we are proud to be a part of that.”

The coronavirus pandemic, which has essentially paralyzed the globe for months, has given Shaq time to focus on things that truly matter.

“Quarantining and the downtime have equaled one word — family,” he explains. “I have spent my entire time off in Orlando with my kids, nieces and nephews, and it honestly has felt great. I’ve reset my mind and my body. I think the biggest takeaway for me is to never forget the importance of family. I cannot stress this enough.

“I also think the quarantine has allowed me to develop a few of my previously pending ideas so another takeaway is to capitalize on this down time, not to succumb to it. I definitely found the time valuable mentally and physically to say the least.” 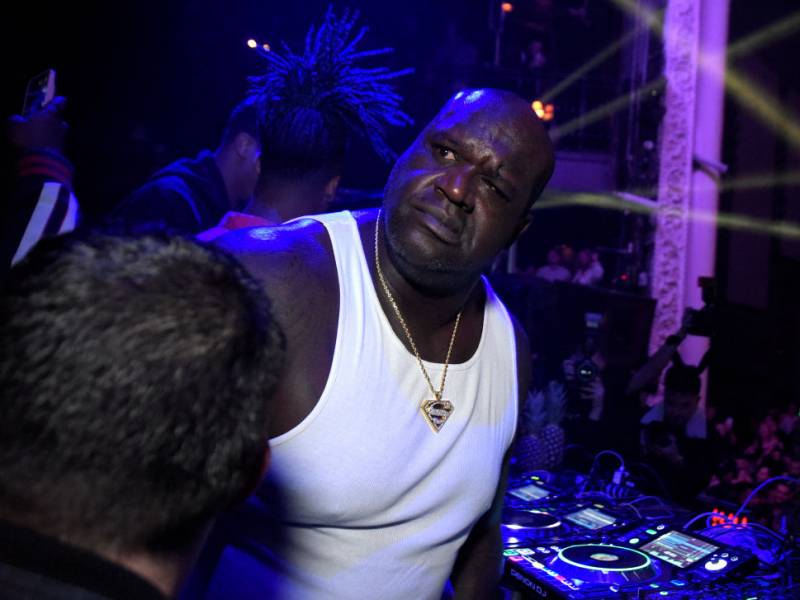 In addition to Snoop, DaBaby and the other aforementioned artists, Shaq’s musical alter ego DJ Diesel will also make a special appearance, something the basketball luminary equates to playing in the NBA Finals.

“Every time I DJ, it’s like a Game 7,” he says. “The vibe, the energy, the excitement … it all brings me back to a season ending game where the pressure is high and every move matters. I can hear an arena crowd screaming and yelling after a monster dunk once I drop a new track. It’s a feeling I’ve grown to crave. I think simply put, I just love the joy and energy it brings people.”

Shaq’s Fun House vs. Gronk Beach takes place on Saturday (June 27) at 8 p.m. EST. Fans can tune into free of charge here and directly on TikTok.