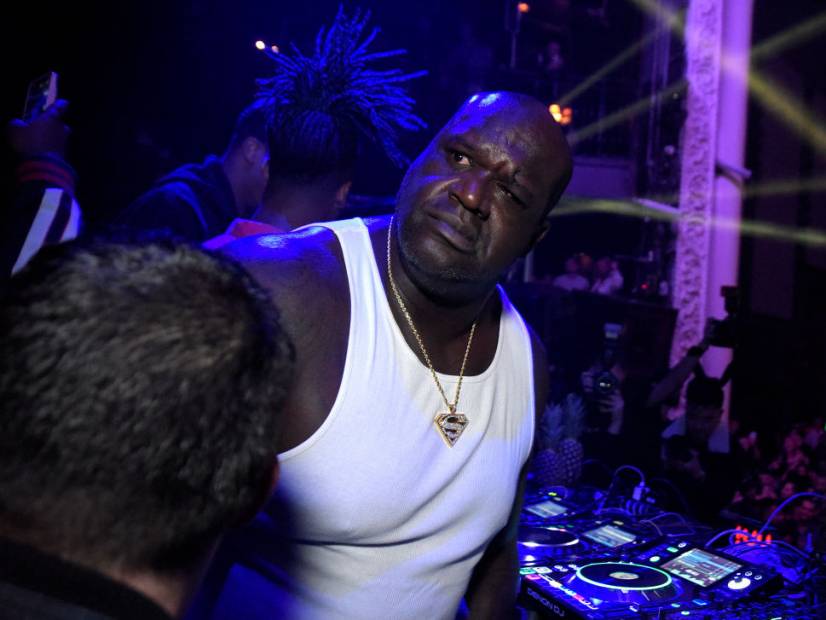 Shaquille O’Neal looks to have scored a debut – this time on the drum machine.

In an Instagram post from Southern producer Tr!zzy Track, the Finger Drum Academy Founder captures the NBA superstar creating a beat on the spot. Tr!zzy, noticeably impressed by the Big Diesel’s first attempt, appears to lock in Shaq’s work before proceeding to cook more heat.

Tr!zzy affirmed his surprise in the caption, saying, “@shaq told me to pullup for a fingerdrumming tutor session. Had me hype AF when he nailed it on da first run!!! #noguidance”

The MPC-made track would mark Shaq’s first production credit considering it’s featured on Tr!zzy’s new album Practice Too, along with 25 other joints.

The Instagram video, which has garnered over a 100,000 views, yieled reactions from the Hip Hop community. Bronx rapper Mysonne responded, saying, “@Shaq you did that king,” while rapper/producer David Banner co-signed using a “100” emoji.

Tr!zzy, known for his incredible finger drumming skills, became an overnight sensation earlier this year after a video of him making a beat in a van caught the attention of Meek Mill. Fans blasted Meek’s account on Twitter for 24 hours, leading to the rapper eventually jumping on the track.

The Shaq Attack, meanwhile, has made something of a return to the Hip Hop arena recently, after firing shots at fellow baller Damian Lillard in back-to-back diss tracks.

Watch the full video from the session above.