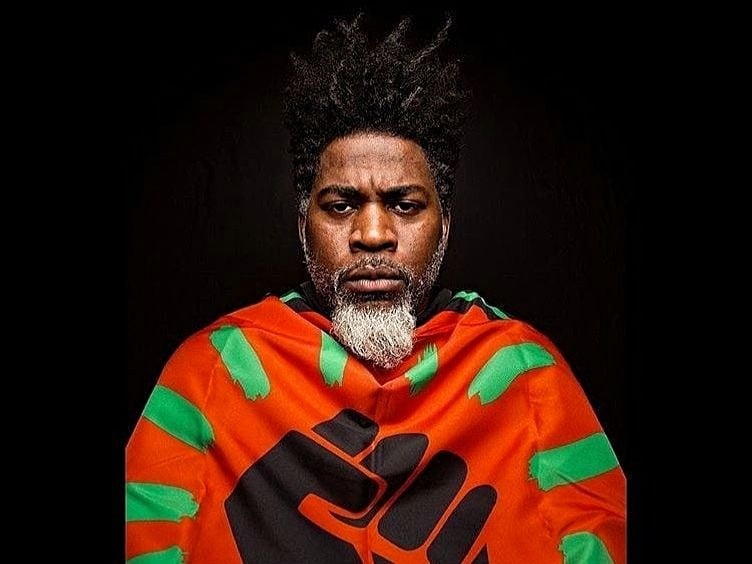 David Banner has come a long way since the “you get dick” days of his 2003 breakout hit “Like A Pimp.” Now, the Mississippi native credits transcendental meditation and sobriety for helping him vibrate at a higher plane of consciousness than most.

His latest album, The God Box, was released last May and featured The Roots’ Black Thought, CeeLo Green, Big K.R.I.T. and Kap G. Throughout the 15-track project, which he deems “the greatest Hip Hop album ever made,” he touches on themes of racism, whitewashing in Hip Hop and the concept of a higher power — more “grown man rap.” But because he opted to keep the album sample-free, he ended up spending an ample amount of money to bring the project to fruition. Consequently, he had to figure out a way to recoup some of that.

“I spent over $100,000 to produce this album,” Banner tells HipHopDX. “So, I had to take a break before I really concentrated on shooting videos and make some money back because I’m still a businessman. I’m not a fool. If the people aren’t going to move towards the movement, then I have to allow it to make money first. So, on DavidBanner.com, I created The God Boxes.

“And to be honest with you, The God Boxes initially sold more than the album did. I sold so many God Boxes that it literally paid for what I spent to record the album.”

With that out of the way, he got busy making a new visual for “Magnolia” featuring CeeLo. The 43-year-old explained he wanted to stay clear of samples in an effort to help move Hip Hop forward.

“If you sample everything and you’re just a leech, what are you leaving for the kids to build on?” he asks. “One of the things that really hurt me on this album was for the song with me and Big K.R.I.T [‘My Uzi’], I hired John Debney, who scored Passion of the Christ, Iron Man and hundreds of other Hollywood films. I went and got him to do the end of ‘My Uzi.’ That’s a real orchestral composition that was written specifically for me. That’s not a sample.”[apple_news_ad type=”any”]

“So, because people don’t believe and really downgrade black talent, in a lot of people’s minds, they think there’s no way David Banner could go to Hollywood and could afford to get an orchestra,” he continues. “But I did that for Hip Hop because I wanted it to go forward. ”

But it’s not that simple. Banner believes Hip Hop is lacking the respect it deserves since it became the biggest genre in America.

“Anything commonly given, is commonly received,” he says. “And it’s the same way with Hip Hop. There’s so many records, there’s so many albums and so many artists. That’s why Hip Hop isn’t respected on a artistic level. Now, we all know that Hip Hop is the number one consumed form of music. But, that doesn’t necessarily mean that it yields the level of respect. Respect is one thing that I think that we’ve lost. It has to be about more than just bread.

“This is what I’ll say. And this is my personal feeling. I just think that Hip Hop sold its soul to commercialism and to these mainstream companies. I don’t have a problem with the violence and all that kind of stuff. It just needs balance. We needed N.W.A — we just didn’t need 4,456 thousand of them.”

But Banner is undeterred.

“Most rappers, because they let another label control their content, if you don’t pop within two months, they’re done with your album,” he says. “But this is my shit. I’m going to work the shit until I’m done.”